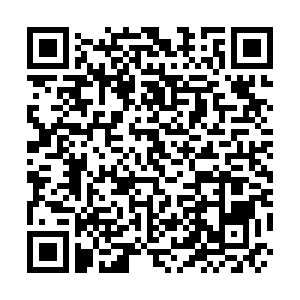 Advancing the China-Pakistan Economic Corridor (CPEC) with greater efficiency and making CPEC an exemplar of high-quality Belt and Road cooperation was one of the main themes during Pakistani Prime Minister Muhammad Shehbaz Sharif's visit to China.

On November 3rd, I tweeted an important development of China, Pakistan financial cooperation on my verified Twitter account: "Chinese and Pakistani central banks have signed an MoU to establish Chinese Renminbi (RMB) or Chinese Yuan (CNY) clearing arrangements in Pakistan, which will help enterprise and financial institutions conduct cross-border transactions using RMB and further facilitate bilateral trade and investment." The tweet got a lot attention from the Pakistani side. 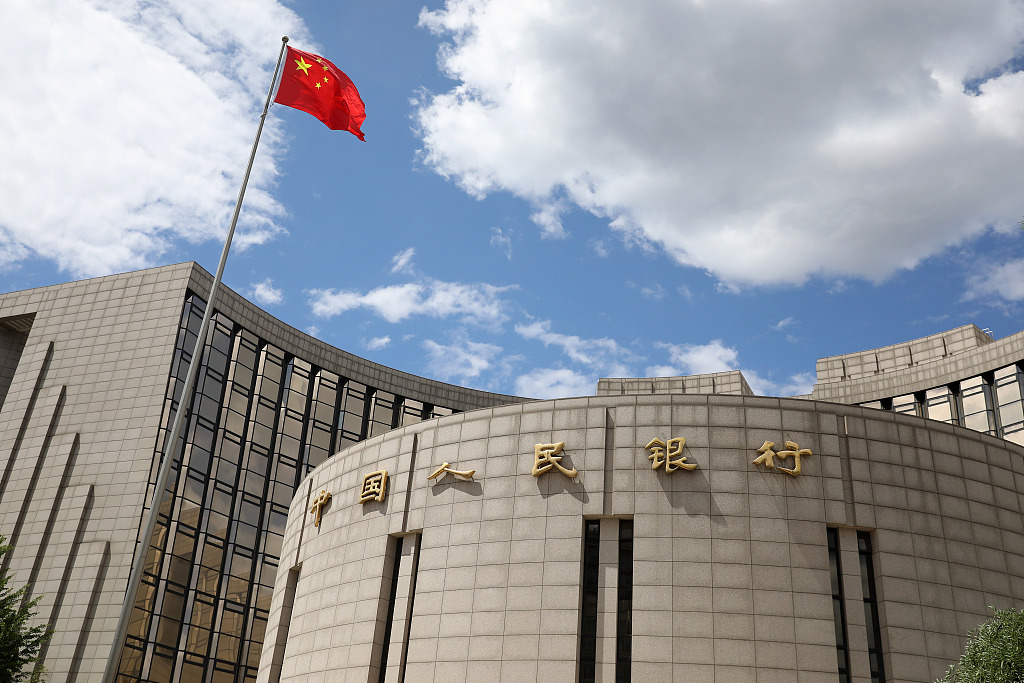 The People's Bank of China headquarters in Beijing, June 6, 2022. /CFP

The People's Bank of China headquarters in Beijing, June 6, 2022. /CFP

In recent years, Chinese Yuan clearing mechanism has been widely welcomed in many economies in Europe, the Middle East and Southeast Asia since RMB has overtaken the Japanese yen to become the fourth global payment currency, according to the 2022 RMB Internationalization Report released by China's central bank. The report also says that China's central bank, the People's Bank of China (PBOC) had authorized 27 overseas Chinese Yuan clearing banks in 25 countries and regions by the end of 2021.

In Pakistan, the yuan clearing arrangement is nothing new. Since 2011, Pakistan and China have had currency swap agreements. State Bank of Pakistan (SBP), Pakistani central bank approved the Industrial and Commercial Bank of China (ICBC) and the Bank of China (BOC) for clearing and settlement mechanism of Chinese yuan in 2015 and 2018 respectively.

In 2018, Pakistani central Bank approved that the country will allow Chinese currency to be used for imports, exports and financing transactions for bilateral trade and investment activities. According to the bank's statement, a regulatory framework including the opening of letters of credit, clearing of transactions and financing facility in the yuan has already been put in place.

As Pakistan's first qualified RMB Clearing Mechanism, ICBC Karachi Branch has successively launched a series of products portfolio including RMB forwards, swaps, Letter of Credit, Guarantee, and structured trade financing in Pakistan. In 2018, the Bank of China officially launched its services in Pakistan for clearing and settlement mechanism of Chinese yuan for bilateral trade, investment activities, imports, exports and financing transactions. In 2020, ICBC Karachi Branch became the first bank in South Asia to be qualified as a direct participant in Cross-border Interbank Payment System (CIPS) by PBOC and SBP, which indicated RMB clearing facilities will be further improved and strengthened.

An important issue to be noticed is that the business of Yuan clearing and settlement is not limited to Chinese and Pakistani banks. In 2019, State Bank of Pakistan has allowed Standard Chartered Bank (SCB), Pakistan to establish local Chinese Yuan Renminbi (CNY) clearing and settlement setup in the country. Pakistani central bank has allowed Standard Chartered Bank, Pakistanis can open CNY accounts of the banks operating in Pakistan to facilitate settlement of CNY based transactions such as remittance to/from China. 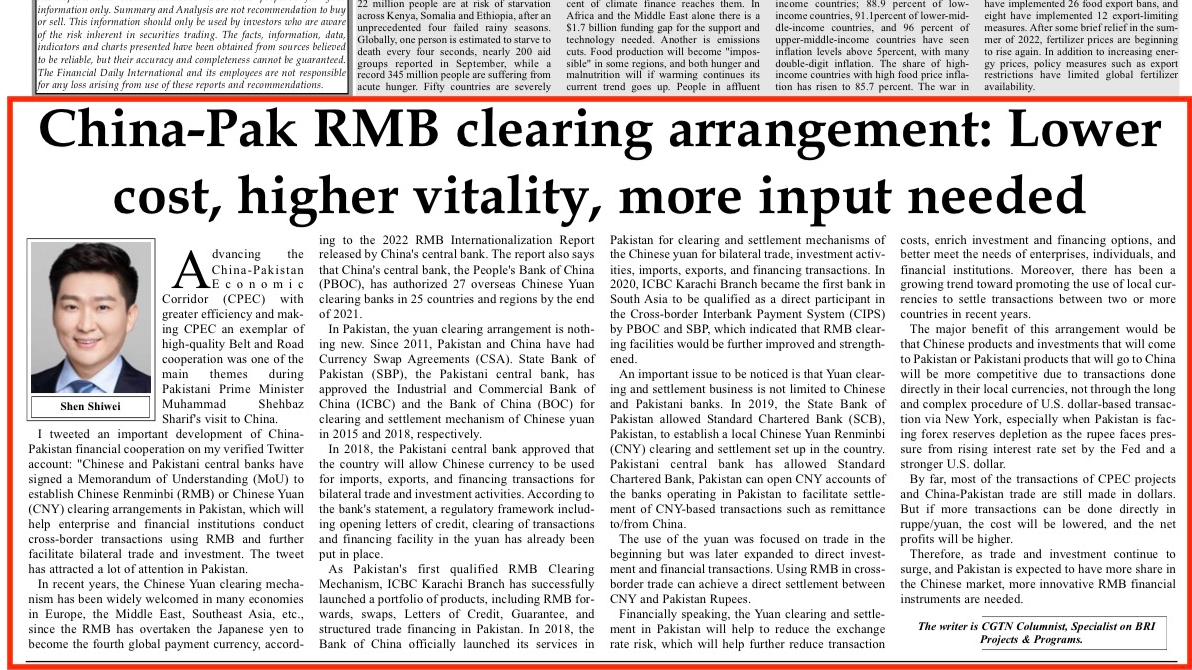 The article was published on Pakistani media The Financial Daily International, November 8, 2022.

The article was published on Pakistani media The Financial Daily International, November 8, 2022.

As bilateral trade continues to surge and Pakistan is expected to have more share in the Chinese market, demand for innovated RMB financial products are much needed, the enhanced financial cooperation is needed to further boost bilateral trade and investments, and the projects of the CPEC.

This article was also published on Pakistani media The Financial Daily International in November 8th 2022.