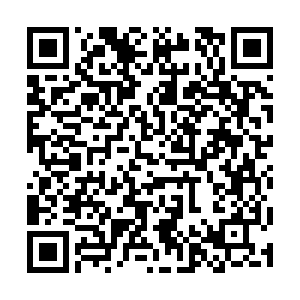 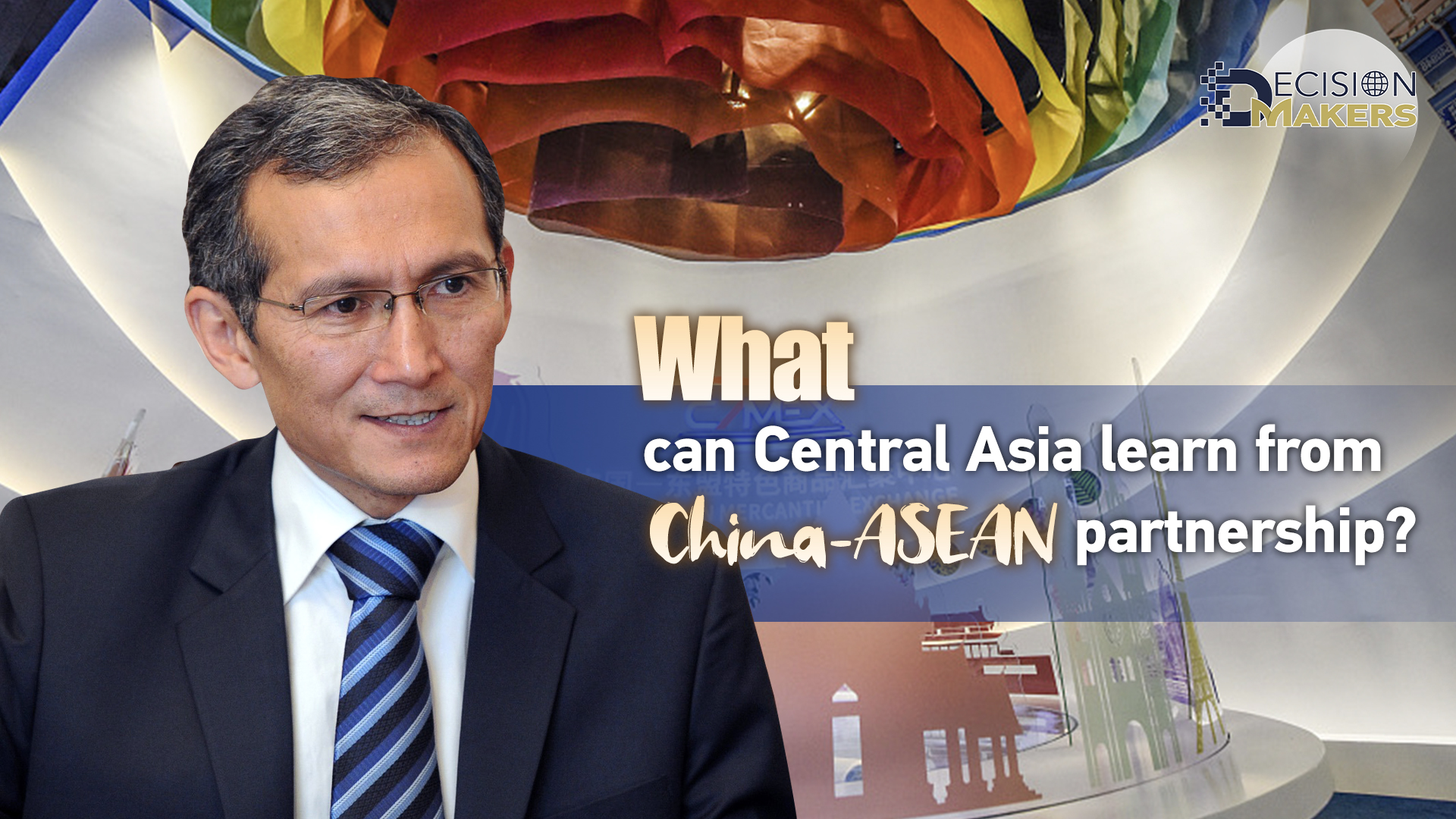 What can Central Asia learn from China-ASEAN partnership.mp3

Editor's note: Decision Makers is a global platform for decision makers to share their insights on events shaping today's world. Djoomart Otorbaev is the former prime minister of the Kyrgyz Republic, a distinguished professor of the Belt and Road School of Beijing Normal University, and the author of the forthcoming book "Central Asia's Economic Rebirth in the Shadow of the New Great Game" (Routledge, 2023). The article reflects the author's views and not necessarily those of CGTN.

The Asian continent is becoming the engine of worldwide economic growth but remains an exceptionally heterogeneous conglomerate. For example, Central and Southeast Asia are entirely different. However, they have one thing in common: these two regions have an essential neighbor – China, which will soon become the world's largest economy. This piece will explain how these two regions differ and how Central Asia can learn from Southeast Asia, especially how to cooperate with China.

In the ancient and Middle Ages, Central Asia actively interacted with China through the famous Silk Road. But after the degradation of this logistics corridor, these ties have declined. Soon after that, Central Asia came under the influence of Russia and was with Russia in the same country as part of the Union of Soviet Socialist Republic (USSR).

On the contrary, Southeast Asia has not interrupted economic and cultural relations with China for centuries. What is critical is that almost all these countries now have a prominent and influential Chinese business elite. Chinese migrants have spread throughout the region, becoming the 50 million "Huaren," or overseas Chinese, those who are of Chinese ethnic origin but do not have Chinese citizenship. Currently, they account for more than three-quarters of the $369 billion in wealth owned by Southeast Asian billionaires. There are no such examples in the countries of Central Asia yet.

The economic relations of those two regions with China also differ significantly. China's trade with ASEAN countries reached $878 billion in 2021, up from $236 billion in 2010. Since the entry into force of the China-ASEAN Free Trade Agreement in 2005, the trade volume has increased almost tenfold. Last year, it outpaced trade with the EU at $695 billion, and the U.S., at $657 billion. For comparison, trade turnover between China and Central Asian countries in 2021 was much smaller and amounted to about $50 billion.

China's direct investment in ASEAN countries nearly doubled from about $7 billion in 2020 to $13.6 billion in 2021. Chinese investors primarily have invested in manufacturing, electric vehicles, the digital economy, infrastructure, and real estate. One must also consider the additional foreign direct investment (FDI) from Hong Kong Special Administrative Region, which in 2021 amounted to about $8 billion. The largest FDI in 2021 came from the U.S., increasing by 41 percent to $40 billion, mainly due to a significant increase in investment in the banking and financial, electronics, biomedical and pharmaceutical industries. In comparison, the FDI from China to Central Asian countries accumulated over 30 years amounted to only $15 billion.

A powerful impetus to accelerate cooperation between China and these regions can be the development of modern railways. Here again, Southeast Asia can serve as an example. Opened to traffic on December 3, 2021, the China-Laos Railway runs 1,035 kilometers between Kunming in south China's Yunnan Province and Vientiane, the capital of Laos. The trip takes about 10 hours; the speed reaches 200 km per hour. About 20 Chinese provinces and municipalities, including Beijing, Shanghai and Sichuan, have opened railway traffic with Laos, and China State Railway Group added trains to major cities in the Lao section between Vientiane, Vang Vieng and Luang Prabang. 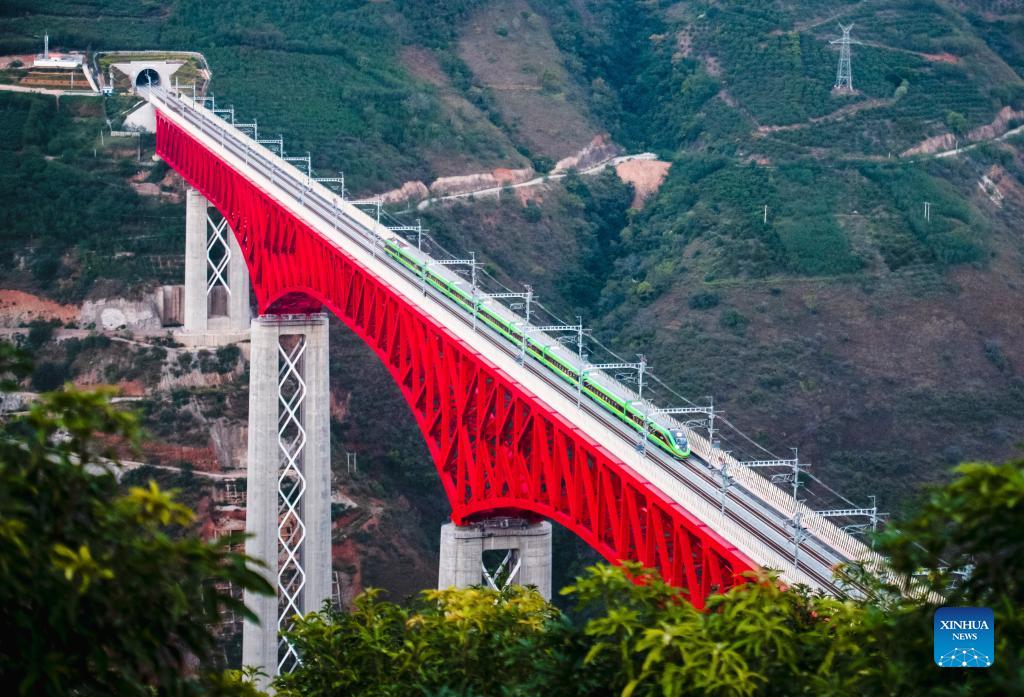 Active trade has begun along this route. On November 4, China Railway Kunming Bureau Group reported that it had transported 9.86 million tons of cargo, of which 1.35 million tons were transported in October, which once again exceeded the monthly record. It is also noteworthy that this railway has dramatically increased passenger traffic. As of July 26, the China-Laos Railway has carried a total of 5.2 million passengers. Equally important, the China-Laos Railway will be the first part of the more extensive Kunming-Singapore railway line, which will run through Laos, Thailand and Malaysia.

This inspiring project can serve as an example of the development of similar projects in Central Asia. In September 2022, at the Shanghai Cooperation Organization (SCO) summit held in Samarkand, Uzbekistan, a cooperation agreement was signed regarding the China-Kyrgyzstan-Uzbekistan railway construction project. In addition to entering the markets of Central and South Asia, it will become the shortest land way for transporting goods from China to Europe and the Middle East, shortening the course by 900 km in comparison with existing routes and saving seven to eight days of travel time.

Chinese Premier Li Keqiang's visit to Cambodia this week to attend the 25th China-ASEAN Summit and the 17th East Asia Summit should give a new impetus to China's interaction with ASEAN countries. Since these meetings bring apparent benefits to political and economic cooperation, it is imperative to consider organizing similar summits in Central Asia.

What is the secret of successful cooperation between China and ASEAN countries? In our opinion, the main thing is that most communities in those countries have lived side by side for centuries and understand each other much better and more profoundly. Gradually, mutual trust, respect, understanding, and an attentive attitude to similarities and differences arose. In this regard, the role and importance of people-to-people exchange in promoting awareness and peace in the modern era should be prioritized. A similar atmosphere must be created between the peoples of China and Central Asia. Considering the accumulated experience, this can be achieved in a shorter time. Moreover, the cooperation pattern between China and ASEAN countries can be regarded as a universal model for developing mutual respect and friendship between other countries and territories.