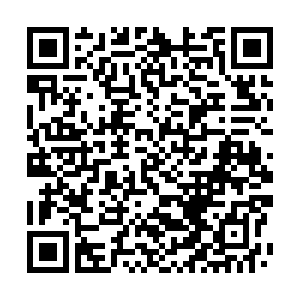 Each morning, Lai Shutong jogs around a wetland near his home. But this wetland is not natural.

"We have been enjoying the fresh air since this man-made wetland was built two years ago, which is good for physical exercises," said Lai while feeling the morning breeze on a road surrounded by ponds full of wild aquatic plants.

The artificial wetland, with the name Guchengwan, stands as part of a wastewater disposal system in the Litong District of Wuzhong City in the Ningxia Hui Autonomous Region, northwest China, which follows the natural working way of waste and pollution disposal in natural wetlands.

With an investment of 98 million yuan (about $13.5 million), the wetland supports a waste disposal plant and double-cleans the already disposed water to make highly qualified water in the area's soil.

The wetland is filled with pebble stones which can efficiently absorb suspended dirt and purify water, necessary for the breeding of microbes, said Zhou Zijuan, an official with the local environmental protection office. "That is why we have so many wild plants around," Zhou said proudly.

The Yellow River is known as the "Mother River" in China and even more so in Ningxia. The whole region lies in the Yellow River basin and has been nourished by the river since ancient times.

Local government and people have launched a large-scale operation to improve the ecological environment in the watershed areas of the river. Building wetlands along the river's tributaries and gutter-ways, which go to the river, is a key measure.

By disposing of 60,000 cubic meters of wastewater each day and disposing of waste and pollution estimated at 5.2 million tonnes yearly, the Guchengwan wetland is supporting a water recycling mechanism returning clean water to a local tributary through pumping works and pipelines.

In the nearby city of Qingtongxia, a similar piece of wetland was also built two years ago, which now serves as a wastewater disposal factory. It can transfer 10,000 tonnes of wastewater into harmless surface water in one day.

In Yinchuan, Ningxia's capital, the Binhe wetland has recently become a favorite spot for locals, who take walks and exercise on the wooden bridges zigzagging its ponds.

However, the now beautiful park was a smelly, dirty swamp five years ago. "Before the wetland construction started, the water here was a deep dark color and smelt awful," said Lyu Jinhu, an official with Yinchuan Wetland Protection Center.

Lyu and his co-workers planted aquatic plants and laid the graphene photocatalytic mesh, allowing the wetland to absorb impurities and purify the water. According to the data of automatic monitoring station, the water quality has been stable in recent years and always up to standard.

Since 2018, Yinchuan has cleansed, purified, expanded, and connected all the then-existing natural wetlands. It built five artificial wetlands to purify the treated sewage before it flows into the Yellow River. The newly added water area has reached 170.8 hectares.

These wetlands have now become home to hundreds of varieties of migrant birds and a base of bird observers and photographers.