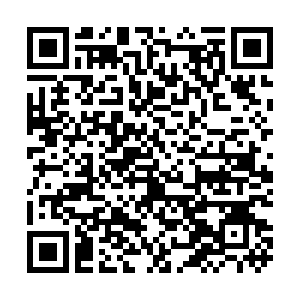 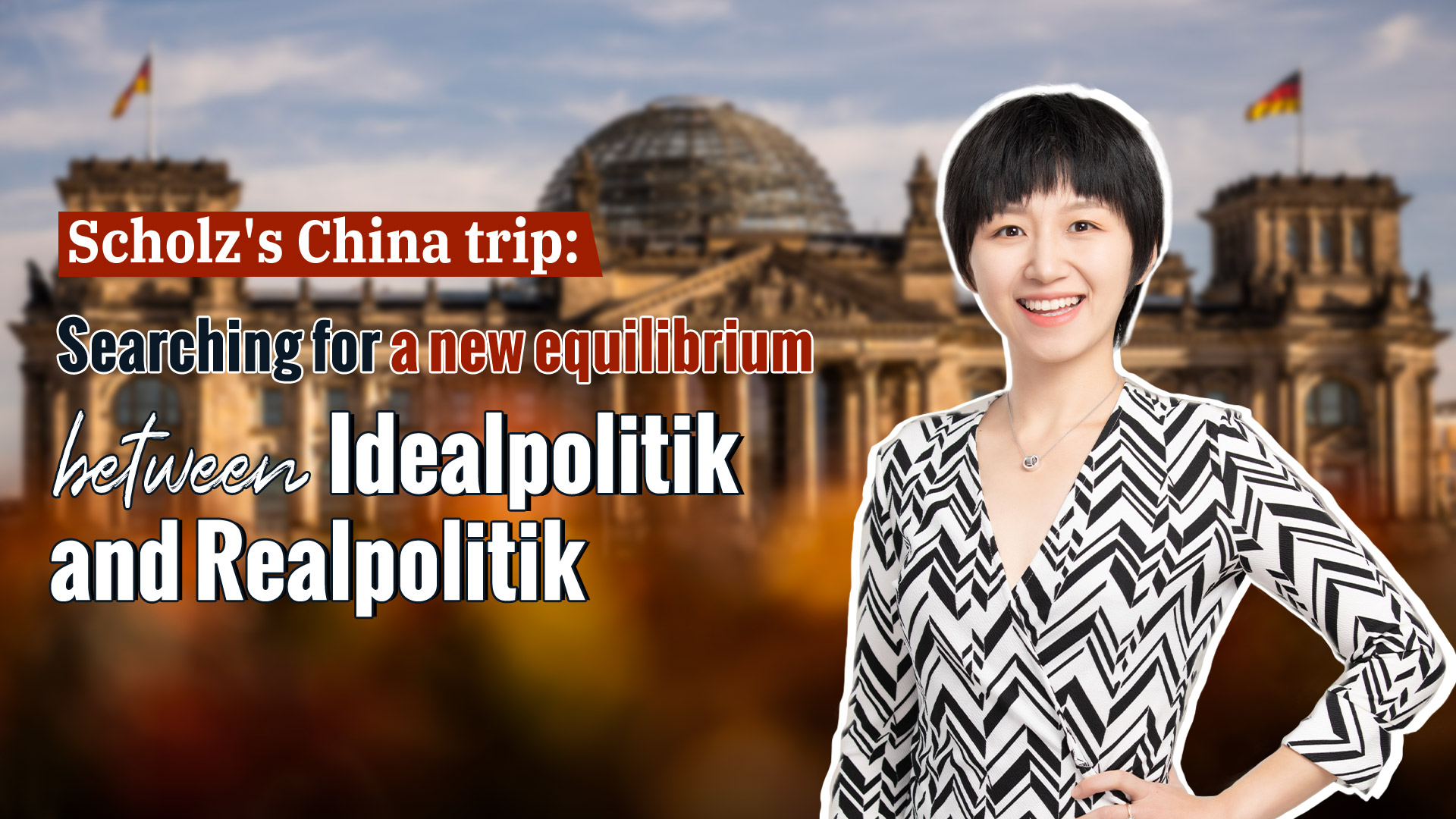 Editor's note: German Chancellor Olaf Scholz made a critical trip to China on November 4. What was the purpose of his visit amid Washington's containment of Beijing? Song Xin, a former political adviser at the European Parliament, gave us some clues during an interview. The views expressed in the video are her own and not necessarily those of CGTN.

Apparently, Berlin is trying to find a new balance between its economic interests with its biggest trading partner and its increasingly heightened concerns about the divergence in terms of value systems.

Accompanied by a delegation of high-level business executives, Chancellor Olaf Scholz was the first European leader that visited China since the beginning of the pandemic.

Despite all the controversy that this trip generated, Scholz was sending a clear message to the world: Germany, together with the European Union, is not and would not be a sidekick of the United States. They have their own interests to defend and their own strategy to implement.

And again, Scholz's determination reflects one fundamental principle of German politics: The only way to reach equilibrium between Idealpolitik and Realpolitik is to make an effort by looking for it harder.

For Germany and the German industry, decoupling from China is never a realistic choice. The German and Chinese economies are largely intertwined. "No one is saying that we have to get out of there, that we can't export there any more, that we can't invest there and that we can't import from China anymore," said Scholz. Contrary to Washington's blacklist approach, Berlin is focusing more on ways to diversify and minimize risks.

China was Germany's most important trading partner in 2021 for the sixth consecutive year. Goods to the value of $242.62 billion were traded between the two countries. China has been a major market for German exports, particularly for the automotive industry, such as Audi, Volkswagen, BMW, Mercedes-Benz and their suppliers. Many jobs in Europe's most important economy depend directly on this relationship. With the new European ban on internal combustion engine-based cars from 2035, China seems to be more than ever important for the German auto giants.

The worsening atmosphere has intensified public pressure against German investment in China and Chinese investment in Germany at large. However, German giants, such as BASF Chemicals, refuse to give in to this narrative and are urging to put an end to the irrational "China bashing."

"We have business relationships which are important for the German economy. We have an extremely profitable China business," said BASF Chemicals' CEO Martin Brudermuller. Chancellor Scholz is also tending to say no to the over-politicization of the bilateral commercial relationship. Scholz recently gave the green light for the Chinese shipping giant COSCO to buy a stake in a Hamburg port terminal, despite calls from six ministers to veto the sale over security concerns.

Undoubtedly, this trip is not well seen among Western countries. "Western allies – of course in Paris but above all in Washington – regard this trip very critically," commented Heribert Dieter, from the German Institute for International and Security Affairs.

Germany's allies, especially the Elysee, may think that Germany is looking after its own interest while leave common interest aside.

"Germany is following its own path," said Dieter.

Berlin has the right to take care of its own interest, especially at a time when Germany and even the entire European Union are hurtling toward a potential recession. If Germany and the EU want to get out of the energy crisis triggered by the conflict between Russia and Ukraine, they need China more than ever, because it is one of the few partners in the world who can assist them with the renewable energy transition by, for instance, supplying battery storage systems for factories, companies and households.

Without a reliable supply chain, this energy transition can never be achieved. The reality is very clear: China is to become Germany's and the EU's energy partner by supplying equipment and infrastructures

This is a critical moment for both Germany and China. Their relationship may not be based on shared political values, but on reciprocal interest, on the common fight against climate change and the strong willingness to build a multilateral world.

Scholz understands it, Berlin understands it, and German industries understand it as well. There are, and will always be, politicians, media and public opinion who don't or refuse to understand it. It doesn't matter. What matters the most is that the stakeholders have the work done and will let time talk.