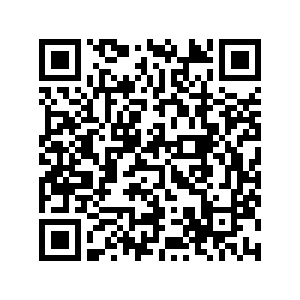 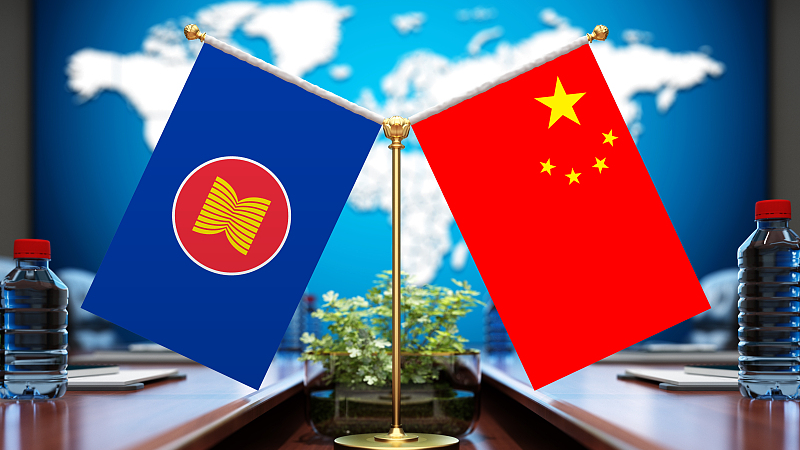 Editor's note: Bobby M. Tuazon is the director for policy studies of a Philippine think tank, Center for People Empowerment in Governance (CenPEG), and a professor at the University of the Philippines. The article reflects the author's opinions and not necessarily those of CGTN.

After three decades, the ASEAN-China relationship is a shining example of multi-dimensional cooperation that advances forward through thick and thin. For 13 years successively, China remains the top trading partner of the Association of Southeast Asian Nations with total trade figures amounting to $544.9 billion from January to July 2022, or an increase of 13.1 percent year-on-year. Bilateral trade between China and ASEAN accounted for nearly 15 percent of the former's total foreign trade.

ASEAN-China dialogue relations were established in 1991 amid China's reform and opening-up while the ASEAN Free Trade Agreement (AFTA) was signed a year later at the fourth ASEAN summit held in Singapore. China was the first non-ASEAN country to join the Treaty of Amity and Cooperation in Southeast Asia, the first to start Free Trade Agreement negotiations with ASEAN, and has participated in various regional cooperation mechanisms. China was also the first to endorse ASEAN centrality in regional cooperation, its unity and strength, and building an ASEAN Community.

In 2021, China and ASEAN held the 30th anniversary summit of the establishment of dialogue relations with the two sides jointly announcing the ASEAN-China comprehensive strategic partnership. Both parties uphold the principles of dialogue without confrontation, partnership without alliance, and proposed building a peaceful, safe and secure, prosperous, beautiful and amicable homeland together.

The vision became the catalyst of ASEAN-China relations and set the future direction of cooperation within Asia. The comprehensive strategic partnership bolstered existing collaborative pillars of political security, economic trade, as well as social and humanities between the two parties and expanded these areas to the blue economy, green development, science and technology innovation, digital economy, food security, public health and many other spheres. 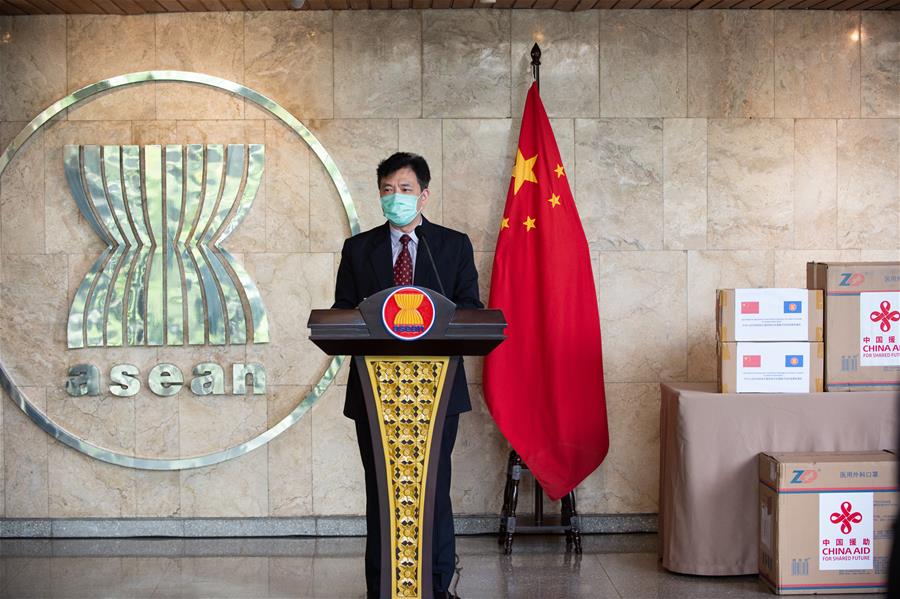 Deng Xijun, Chinese ambassador to the Association of Southeast Asian Nations, speaks during a handover ceremony of medical supplies donated by China at the ASEAN Secretariat Building in Jakarta, Indonesia, April 21, 2020. /Xinhua

Deng Xijun, Chinese ambassador to the Association of Southeast Asian Nations, speaks during a handover ceremony of medical supplies donated by China at the ASEAN Secretariat Building in Jakarta, Indonesia, April 21, 2020. /Xinhua

The strategic partnership that is nuanced by mutual help and mutual benefit getting more pronounced by boosting public health systems. China was in the frontline of emergency mitigation by providing medical assistance and vaccines in large numbers, donating more than 7 million doses across nine countries in the region by July 2021. China launched its "health shield" cooperation initiative to deepen public health security with ASEAN countries.

Meanwhile, an overview of 30 years of cooperation shows that the ASEAN-China relationship has overcome many challenges, deepened its foundation and fortified its resilience to serve as an instrument for maintaining long-lasting regional peace. Moving forward, China and ASEAN can cope with various complex risks and bring about regional cooperation to a new stage.

Joanne Lin Weiling, a co-coordinator of the ASEAN Studies Center at the Singapore-based ISEAS Yusof Ishak Institute, sums it up, "…China is an important economic partner for the region … (it) has also established many functional areas of cooperation with ASEAN, many of which are already institutionalized."