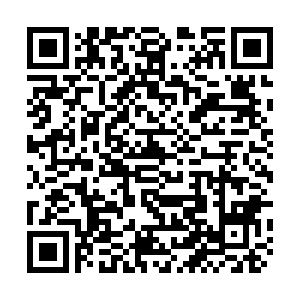 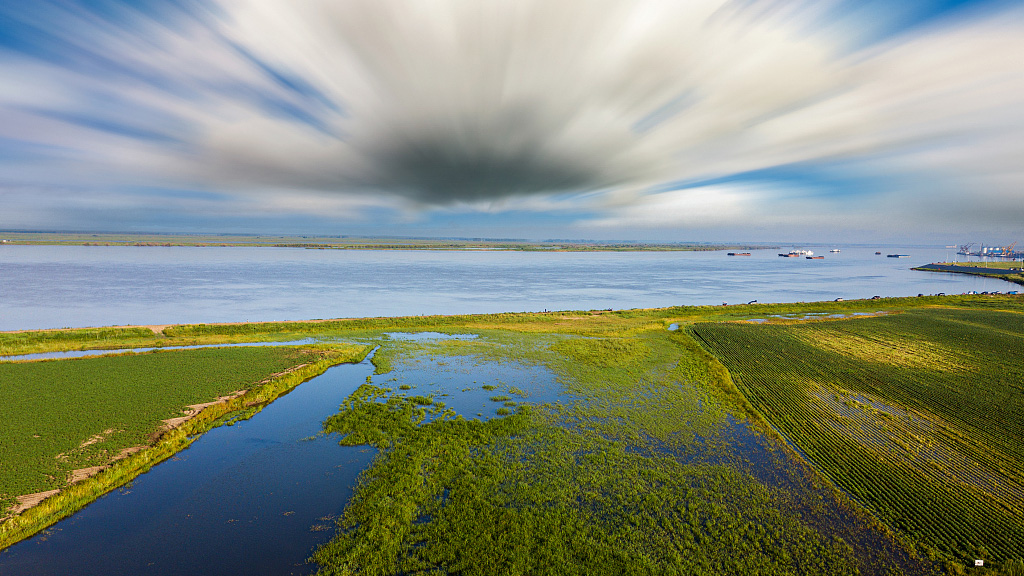 Wetland areas in China are flourishing thanks to efforts to reclaim and safeguard crucial habitats for endangered species. Seven Chinese cities were among 25 from 13 countries accredited as international wetland cities by the Ramsar Convention on November 10.

Jining City in east China's coastal Shandong Province, a newly accredited international wetland city, has 32 wetland towns, 56 wetland villages and 124 micro-wetlands. The city has made great strides in preserving its environment, particularly its lakes and wetlands, in order to achieve harmony between humans and nature. 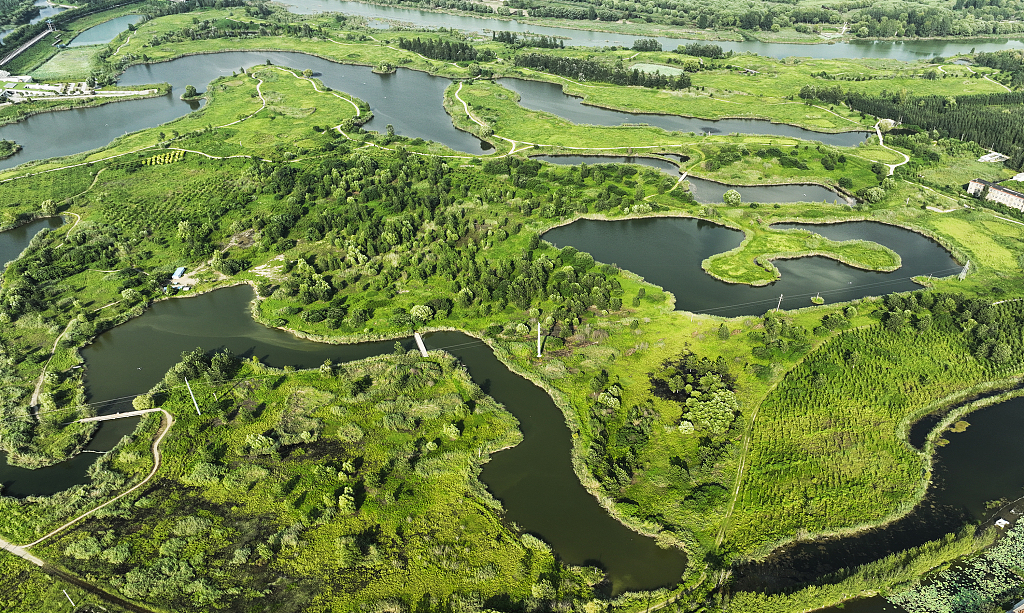 Jining, as one of the most important centers along the Grand Canal – a lifeline to transport grains from the south to the north in ancient China – is home to endangered bird species such as Reed Parrotbill (Paradoxornis heudei) and Baer's pochard (Aythya baeri), which is listed as a critically endangered species on the International Union for Conservation of Nature red list.

"We combine wetland protection with the improvement of people's living environment to give full play to the service function of wetland ecosystems. Jining is now implementing a three-year action plan for ecological protection in the Nansi Lake Basin, aiming to make the water environment clean, clear to beautiful and to promote ecological protection and high-quality development of places along the Grand Canal," said Wang Xinyou, deputy director of the Jining Municipal Bureau of Natural Resources and Planning. 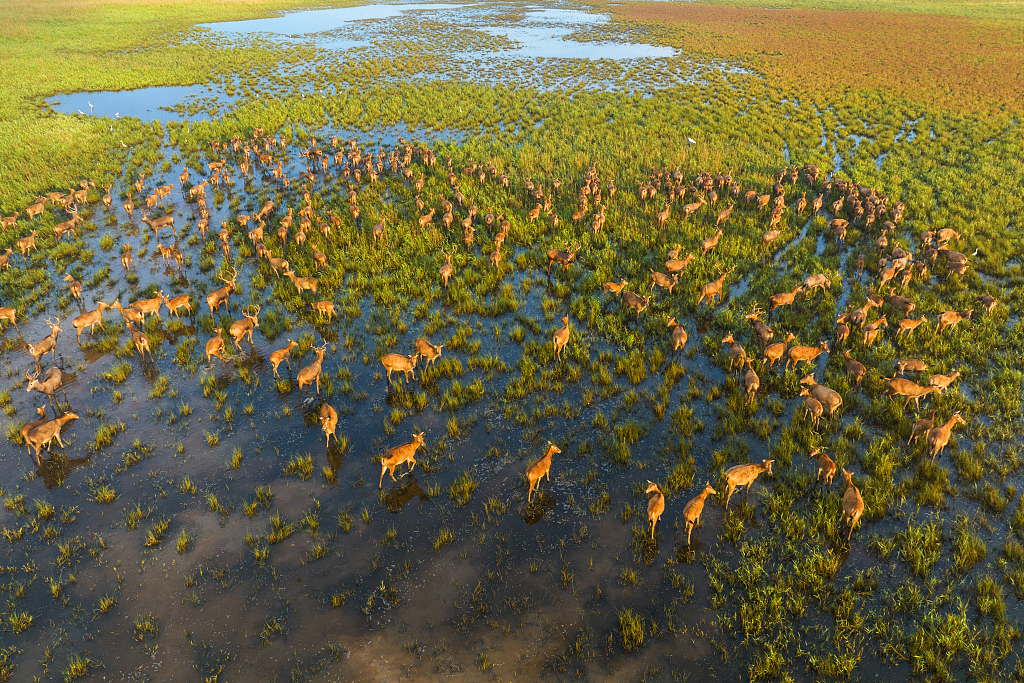 "Following a principle of 'from the nature, to the nature', Yancheng has carried out habitat protection for rare and endangered bird species such as the spoon-billed sandpiper (Calidris pygmaea) and construction of ecological islands. Since the restoration was started two years ago, the number of migratory birds species in Yancheng Yellow Sea Wetland has been on the rise and has reached 410," said Wu Qijiang, director of the Wetland and World Heritage Protection and Management Center of Yancheng City. 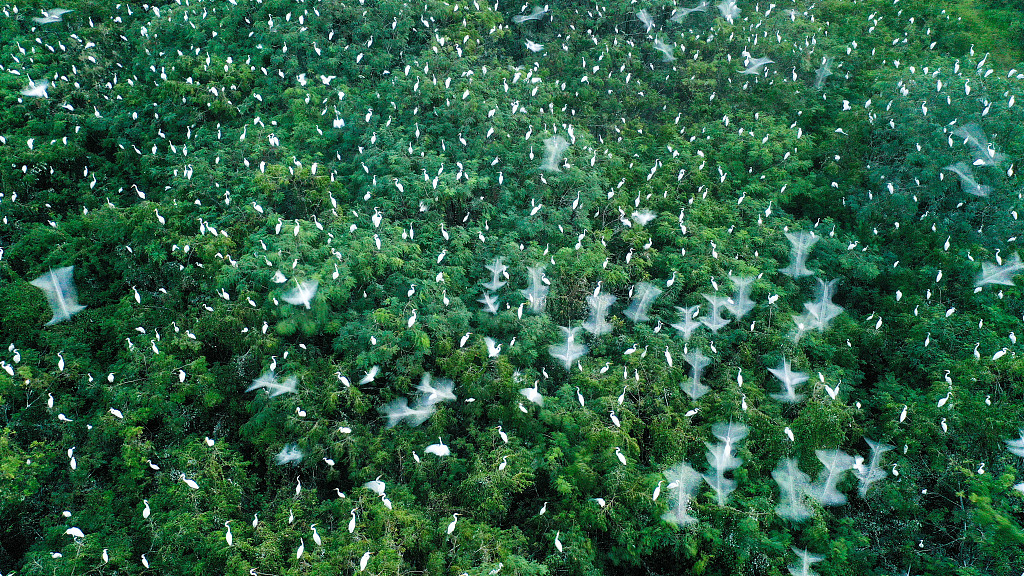 Nanchang City, in Jiangxi Province and an international wetland city, has two wetlands of international importance and eight national wetland parks. The city has explored a new method of circular ecological protection, based on which the local government has drawn circles around the wetlands.

"The first one is the ecological circle, which has a main function of conservation. The second circle includes the layout of a city's facilities, technology, and some public service platforms. Then the third circle is arranged for strategic emerging industries, which will play a very good role in promoting the city's future development," said Lin Wen, director of the Nanchang High-tech Zone Urban Management Bureau.

The total area of natural waters and wetlands in Nanchang is 126,000 hectares. The rich and diverse wetland resources make Nanchang an important habitat for global migratory birds and a key ecological security barrier in the middle and lower reaches of the Yangtze River.