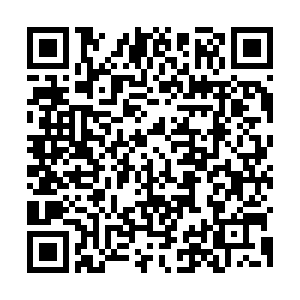 The top of the UFC's straw weight division has been a merry-go-round of the elite.

When the division was formed just under a decade ago, the inaugural champion was Carla Esparza, but she quickly lost the belt to Joanna Jedrzejczyk. It then passed to Rose Namajunas, to Jessica Andrade, to Zhang Weili, then back to Rose Namajunas.

And then at UFC 274 on May 7, 2022, the wheel made a complete rotation when Esparza beat Namajunas to become two-time champion. A more apt description in the metaphor, however, is to say the wheel came to a dead stop.

The fight was a dud. The champ and challenger spent 25 minutes finding the range, feinting in, feinting out, feinting into feints and barely engaging. When Esparza was announced as champion, not only was it a split decision, it seemed like nobody – the fighters themselves, the commentators, even the crowd – had any idea what she had actually done to earn the belt.

One month later at UFC 275, Zhang Weili matched with the returning Joanna Jedrzejczyk in a number one contender's bout. Their first fight, at UFC 248, the last full UFC event before the pandemic hit, was one of the most brutal fights in women's combat sports history – Joanna took two years off to recover. The second couldn't have been more different: Zhang was lightyears ahead and finished Jedrzejczyk off in a round with a nightmarish spinning backfist KO.

There was no ambiguity. It had to be Carla Esparza defending her strawweight title against Zhang Weili. It was booked for UFC 281 at Madison Square Garden in New York City.

And, quite simply, nobody cared. 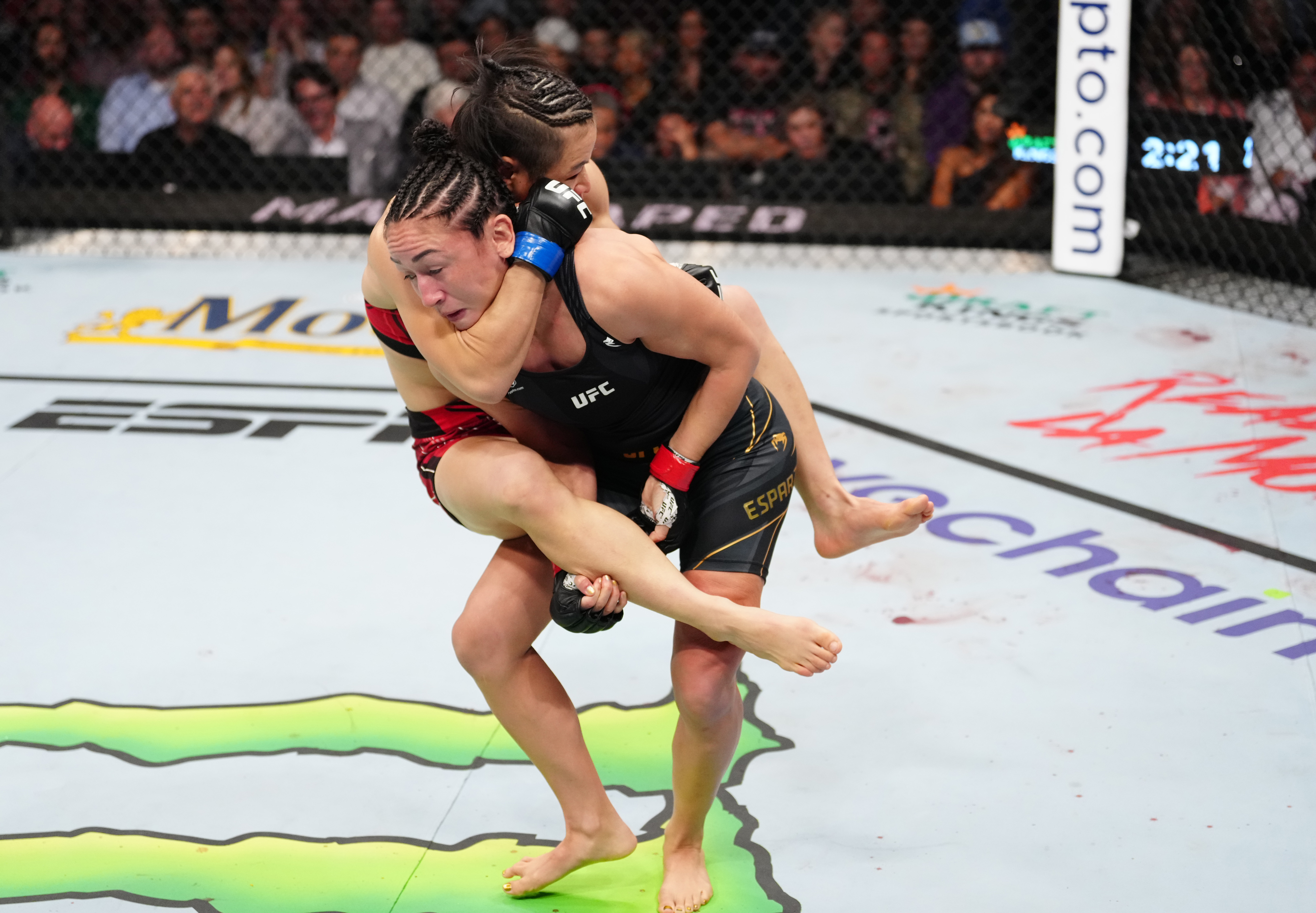 Zhang Weili wraps up Carla Esparza as she attempts a takedown. /Zuffa

Zhang Weili wraps up Carla Esparza as she attempts a takedown. /Zuffa

How could they? The champion had won her belt in disputed fashion, the top contender had demolished the former champion once nicknamed "Joanna Violence." Never before had the optics made a UFC title bout so difficult to sell.

In the build-up, plenty was discussed about the other fights. Whole articles, podcasts and TV shows were dedicated to breaking down Dustin Poirier vs. Michael Chandler, Frankie Edgar's retirement fight against Chris Gutierrez and the main event, the middleweight championship bout between Israel Adesanya and Alex Pereira.

Esparza vs. Zhang was a footnote, a foregone conclusion. In a half hour interview on the award-winning Morning Kombat podcast, analyst Din Thomas afforded the fight one comment: "Esparza is going to get her head taken off."

He wasn't alone in having this attitude.

As the two women stood across from each other in the Octagon, Zhang had a smile on her face and lip synced along to her introduction from legendary ring announcer Bruce Buffer. Esparza, under a rain of boos from the sold-out crowd, looked terrified.

At the opening bell, Esparza moved as if expecting Zhang to bullrush her like she did in her title win over Andrade. Instead she crossed the cage to cut Esparza off, and in many ways that was worse for the champion.

With no space to move, she had to engage with Zhang. A quick combination was brushed off, two quick jabs got through but Zhang kept the pressure. She didn't have to do much; two inside leg kicks stopped Esparza from engaging and got her corner calling for a level change. When it didn't arrive, Zhang unloaded with a sanda combination that ended on a headkick.

This forced the level change. Esparza grabbed it and got an easy takedown. 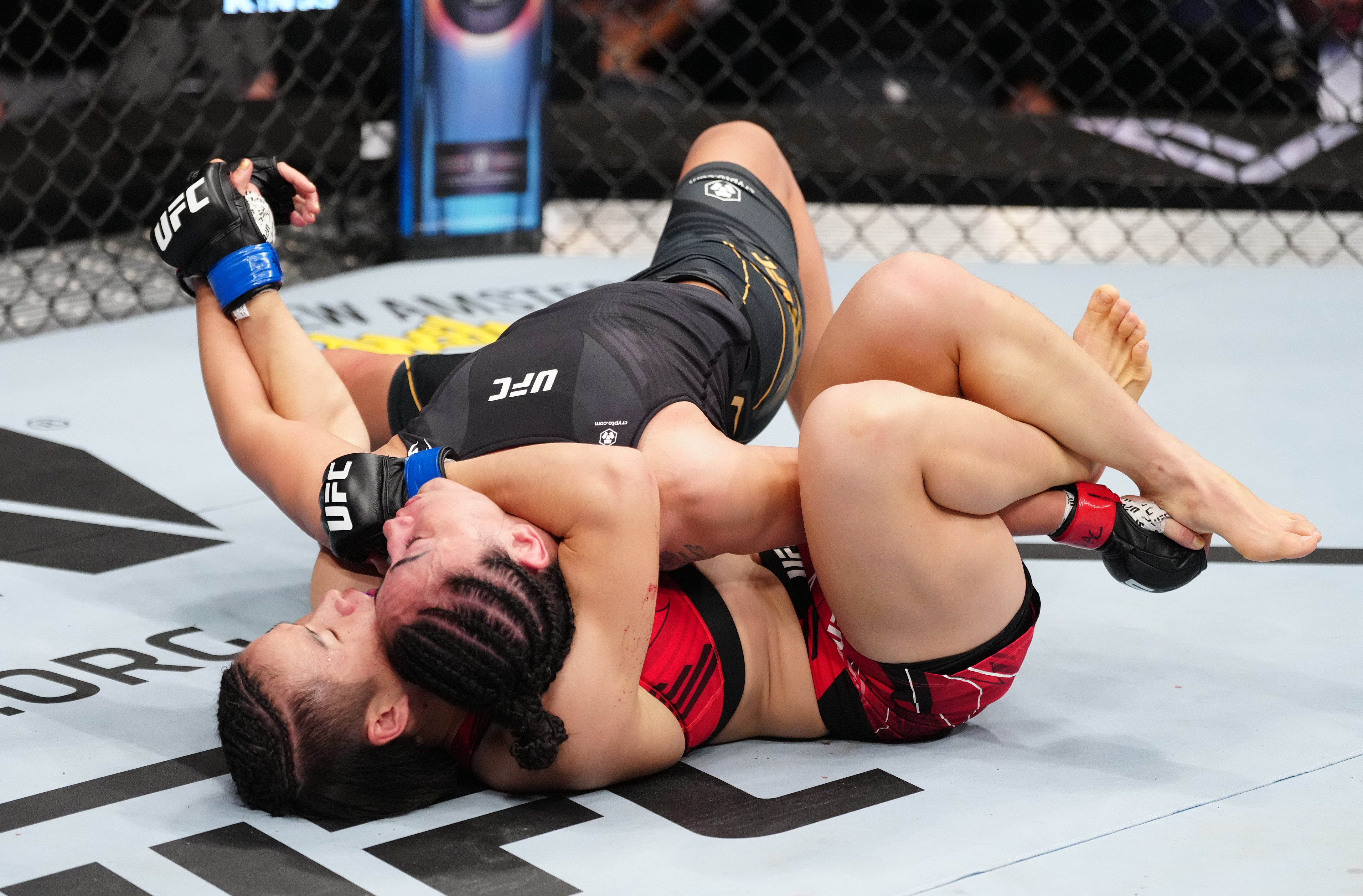 Zhang Weili taps Carla Esparza out with a choke from crucifix position. /Zuffa

Zhang Weili taps Carla Esparza out with a choke from crucifix position. /Zuffa

As mentioned previously, there is a whole industry based around pre-fight predictions and analysis. It typically centers around skills, attributes, strength of schedules, aspects considered "tangibles" by experts.

As the fight went to the ground, this whole realm was usurped by a funny social media video Zhang had made a few weeks prior, in which she effortlessly lifted UFC heavyweight champion Francis Ngannou off his feet. He weighs close to 300lbs when not in training, Esparza has to weigh 115lbs 24 hours before the event. Everyone knew what would happen next.

For the remaining 2:30 of the first round, Esparza proved her BJJ is significantly better than that of Zhang; and Zhang proved she's so strong it couldn't have mattered less.

Esparza would grab a knee, roll through into top position – do everything you are supposed to do – and Zhang would punch, elbow, wrap up her neck for unfavourable angles and do damage every single time.

Having just about survived the first round, Esparza took a few hard hits at the beginning of Round 2 and shot for a desperate takedown. She ended up underneath in what is termed the Fireman's Carry position which is typically used to destabilize and manoeuvre the opponent.

Instead, Zhang pulled her backwards into a crucifix and with her free right arm established a choke. A few moments later, she freed her left and immediately secured the submission.

From that position it shouldn't have been possible and she made it look simple.

The strawweight merry-go-round is back in action; two-time champ Esparza lost her belt to Zhang, making her a two-time champion, and a trilogy with former two-time champion Rose Namajunas is on the horizon, but after a performance like that, Zhang Weili is on the verge of taking the division off the rails.