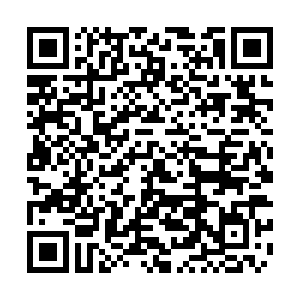 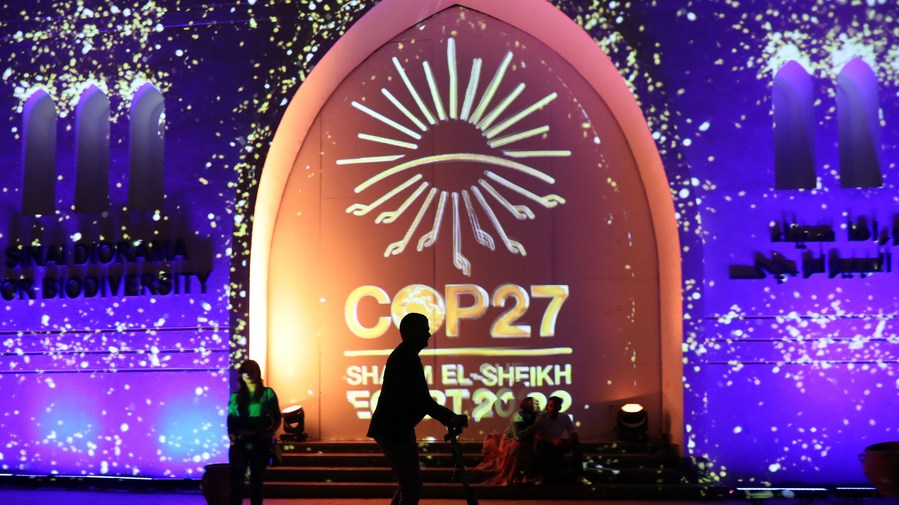 The Green Zone of the 27th Conference of the Parties of the UN Framework Convention on Climate Change (COP27) in Sharm El-Sheikh, Egypt, November, 10, 2022. /Xinhua

The Green Zone of the 27th Conference of the Parties of the UN Framework Convention on Climate Change (COP27) in Sharm El-Sheikh, Egypt, November, 10, 2022. /Xinhua

Editor's note: Wu Changhua is China Director at the Office of Jeremy Rifkin and Vice Chair of Governing Council of Asia Pacific Water Forum. The article reflects the author's views and not necessarily those of CGTN.

Trust and confidence are earned by deeds but not self-touted. Such a quality and integrity differentiate countries at the 27th Conference of the Parties of the United Nations Framework Convention on Climate Change (COP27). The Egyptian Presidency of the current UN climate talk has had this in mind when setting the top target for these two weeks' negotiations to shift from pledges to implementation.

The world pays attention to what China does and speaks. As the world's largest developing economy, China entered the Sharm El-Sheikh conference with a set agenda, including: Developed nations should take the lead to elevate their mitigation targets, by moving the timeline of achieving carbon neutrality ahead the current plan; developed nations should make much more progress in delivering finance for adaptation, and developed nations should fulfill the pledge of $100 billion every year by 2020, while putting together a path to double down adaptation finance.

Finance of loss and damage

Halfway through UN climate talks, the Egyptian Presidency has delivered a "historic" milestone by having "loss and damage" pinned on the COP27 agenda. Although the negotiation of details remains contentious, the consensus has emerged that any more stonewalling by wealthy nations over finance for loss and damage could derail the global climate process. The trust between developed and developing nations risk getting broken.

China suffered prolonged heatwaves and droughts this summer and devastating floods last year. Facing the grave challenges posed by the frequent extreme weather events that have caused heavy losses on every continent and by the emergence of energy and food crises this year, multilateralism, solidarity and cooperation remain the only way out of the predicament, Xie said.

And China should support a mechanism to compensate developing countries for losses and damages caused by climate change.

Such clarity consolidates the unified case of the developing nations to have a funding mechanism separate from climate adaptation and mitigation as urgently needed to address the climate catastrophes that can't be averted.

The U.S. is standing in the way. As the world's richest and largest historic emitter, the U.S. continues to lag in its climate finance commitment. U.S. President Joe Biden addressed the conference, asking world leaders to "do more." Or, he has "intentionally" ignored the loud and clear demand from the developing world – we need funding that goes to communities and countries in loss and damage from a climate calamity. 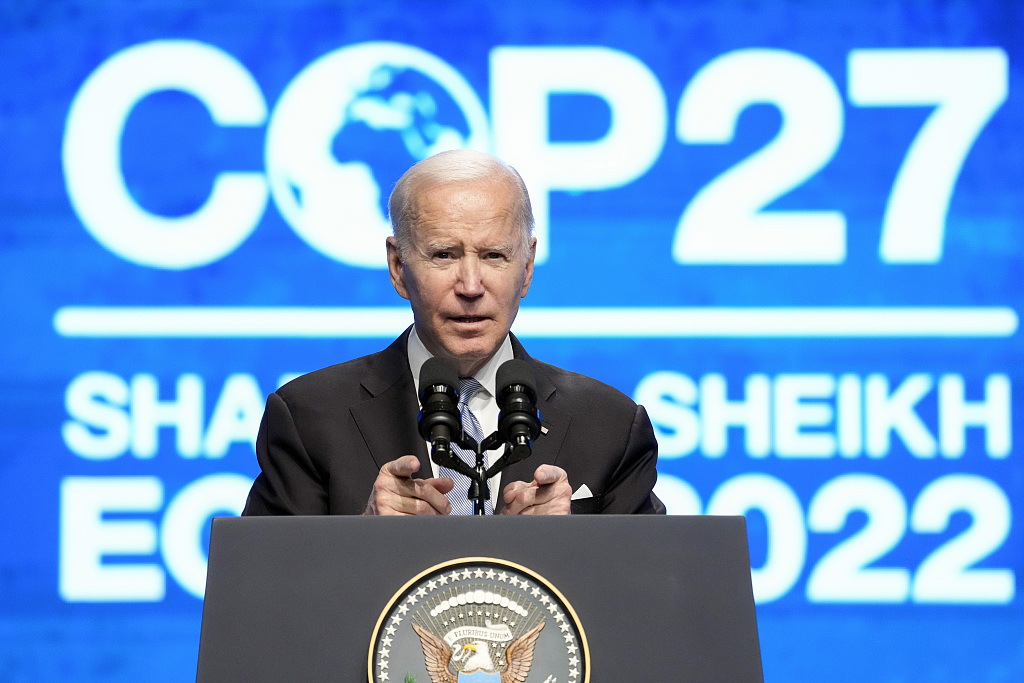 On November 11, China submitted its nationally determined contributions (NDCs) of 2022, a "stocktaking" of its endeavor and progressed made since the new NDCs targets in 2020. China has reshaped its national strategic thinking of climate action to drive a systemic transition and transformation.

Three strategic moves shed light on it. The first endeavor is to align national economic and social development for the 14th Five-Year Plan (2021-2025) with "dual carbon" goals.

A unified system is designed but defined by the ecological red lines of carbon reduction targets and ecosystem integrity and security. Decarbonization and water are put at the core of government policy making.

Additionally, China aims to gradually increase the share of non-fossil energy consumption to around 20 percent by 2025. Besides, the circular economy and zero wastes agenda are defining its economy and society as environmentally friendly, ecologically sound and resource efficient.

Another highlight is the top political leadership commitment from the 20th National Congress of the Communist Party of China (CPC) to build a modernized green China in the coming decades. "We should fully understand that lucid waters and lush mountains are invaluable assets" was added to the Party Constitution to accelerate the country's transition to a green, clean and smart future, featured by a beautiful China and climate resilient society by 2035.

Negotiation topics seem heavy since they are about obligations and responsibilities of a fair share, which are often not delivered by parties. But we shall remain hopeful. The cascading crises today overwhelm any nation, large and small, rich and poor. It's a pivotal moment to test the will, wisdom, credibility and integrity of global community to turn the devastation into opportunity and despair into hope.

Nations must honor their NDCs and commitments, especially for developed nations to pay more attention to finance developing nations' adaptation and loss and damage.

Disruption of global supply chains, prices of food and energy, hunger and poverty, new waves of migration crisis due to dislocation by climate catastrophes, wars and conflicts to compete for land and water, and infectious diseases and public health crisis, they all threaten to wipe out the achievements made and derail the aspired sustainability and the future that we all want.

China can play its due leadership role to lead the accelerated systemic transition and contributing its experience and solutions in climate resilience of other developing countries. It's pioneering endeavor to drive through systemic change and delivering substantial outcomes of decarbonization could reset global financial, trade, and supply chain systems – to be aligned with a carbon neutral world.

And while I was writing this article, news came of the Chinese and American presidents meeting in Bali on the sidelines of the G20 Summit, sending out the much-needed positive message of a return to climate cooperation. At least a relief somewhat to the ongoing COP27, as the two largest economies and emitters have agreed on the need for cooperation on climate change. But that does not change the course or focus of climate negotiation that the U.S. shall pay its fair share of climate finance to support developing world fighting climate change, including loss and damage.