Download
China, U.S. should bring relations back to the right track
First Voice 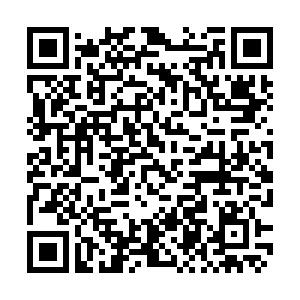 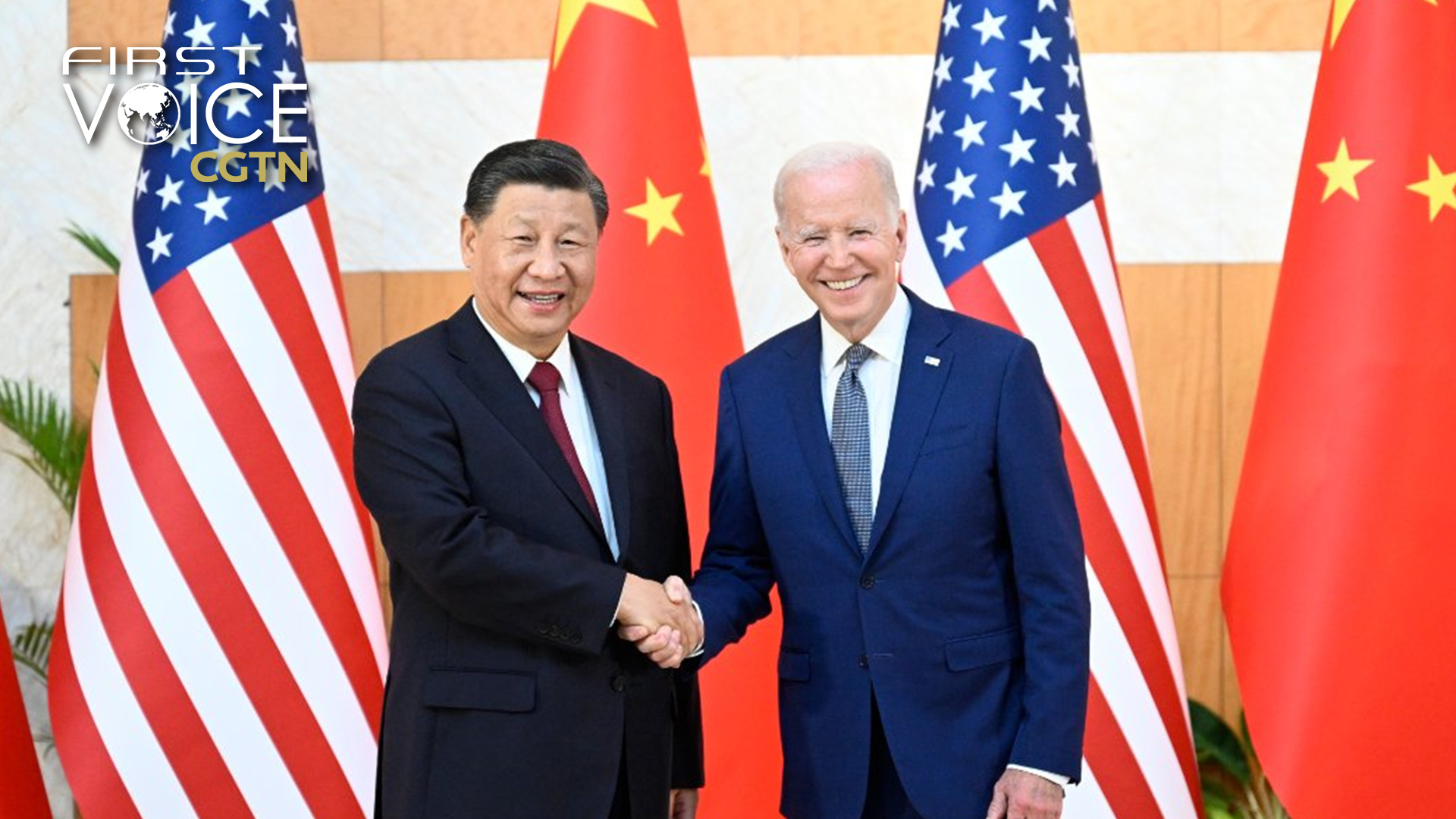 "The world has come to a crossroads," and "the world expects that China and the United States will properly handle the relationship," this is what Chinese President Xi Jinping stressed to his U.S. counterpart Joe Biden on Monday during their meeting in Bali, Indonesia, ahead of the upcoming G20 summit.

Xi also vowed a "candid" discussion of issues that have drawn a wedge between the world's two leading powers.

The rare but much anticipated face-to-face meeting between the two leaders has set a positive signal not only for the G20 Summit but also for global peace and stability.

Xi said to Biden that, as the leaders of two major countries, China and the U.S. need to chart the right course and find the right direction for bilateral ties and elevate the relationship. The two countries should take history as a mirror and let it guide the future, Xi added.

Biden, on his part, assured that he wanted the U.S. and China to "manage our differences" and "prevent competition from becoming conflict."

This is Xi's first overseas trip after the successful conclusion of the 20th National Congress of the Communist Party of China in October, and it is the first in-person meeting between Chinese and U.S. leaders since Biden took office in January 2021.

The last time the Chinese President shook hands with the leader of the United States was more than three years ago, in June 2019, when Xi met the then U.S. President Donald Trump, also on the sidelines of the G20 Summit in the Japanese city of Osaka.

But those were different times – the COVID-19 pandemic hadn't hit the world yet; there was no imminent trigger for a Ukraine conflict; and China-U.S. ties, although facing some challenges over trade, were overall much stable.

In recent times, mainly due to the U.S.'s attempt to contain China's rise, mutual trust between the two countries has dropped to an all-time low, political rhetoric and symbolism have increasingly taken a combative note, and differences continue to crop up in a gamut of areas including trade, technology, politics, ideology and security. 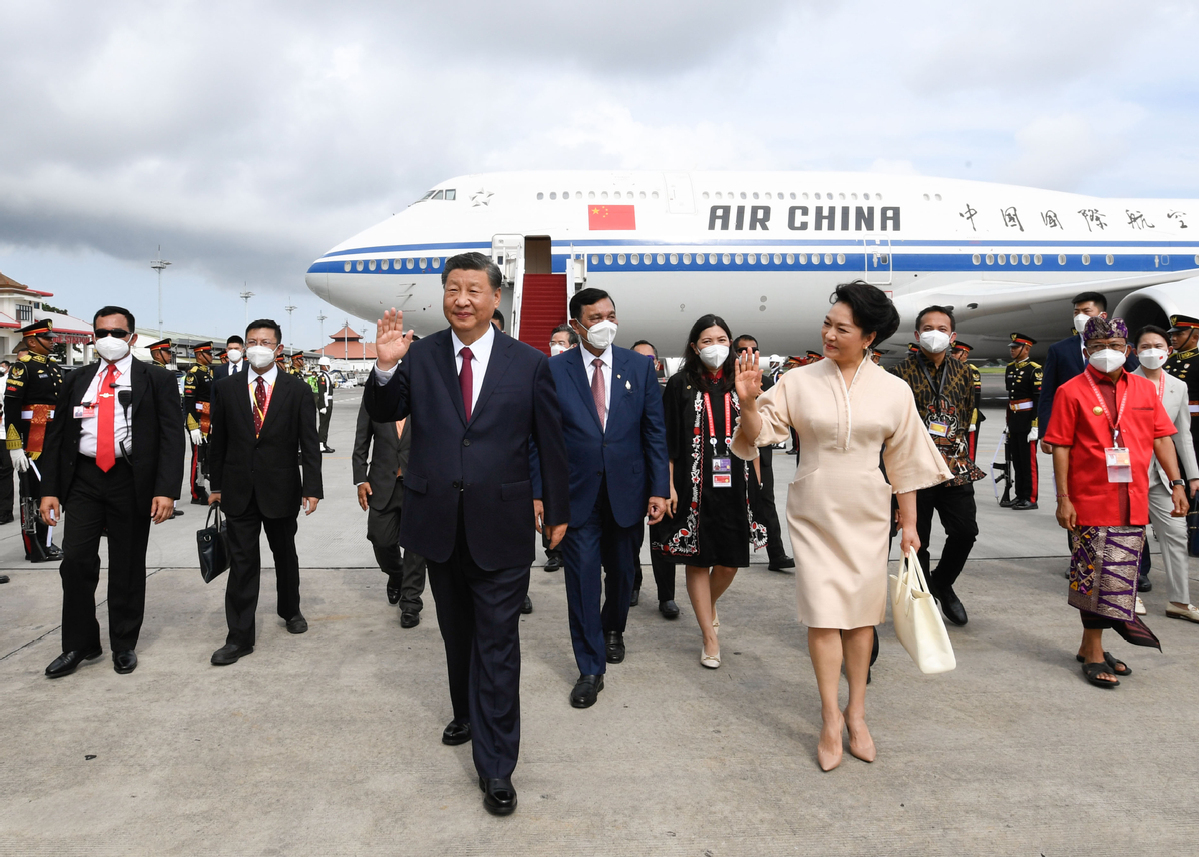 Before the meeting, Biden sounded optimistic about his talks with the Chinese President. "I know Xi Jinping, he knows me," said the U.S. President in the Cambodian capital Phnom Penh for the U.S.-ASEAN summit, explicitly noting that they have always had "straightforward discussions." After the Monday talks, which lasted for nearly three hours, Biden said "I think we understand each other."

Biden and Xi first met in 2012 when Biden was vice president in the Barack Obama administration, and the two leaders have known each other for more than a decade. "We have very little misunderstanding. We just gotta figure out what the red lines are," Biden pragmatically added, clearly suggesting that the U.S. intends to avoid a fierce confrontation, or even conflict, with China.

While Biden's remarks sounded positive at face value, it must be pointed out that it is the lack of U.S. understanding of China's "red lines" that is at the core of the current tensions.

With the leaders of China and the U.S. sitting down face-to-face and having had the constructive conversation, this sends out a strong and positive signal to the rest of the world that the two most powerful nations are willing to resolve differences through peaceful talks, and in the process, help ease anxieties over global stability and security.

A stable China-U.S. relationship, after all, is in the interest of the entire world and as such has increasingly become a strong common aspiration of the international community. 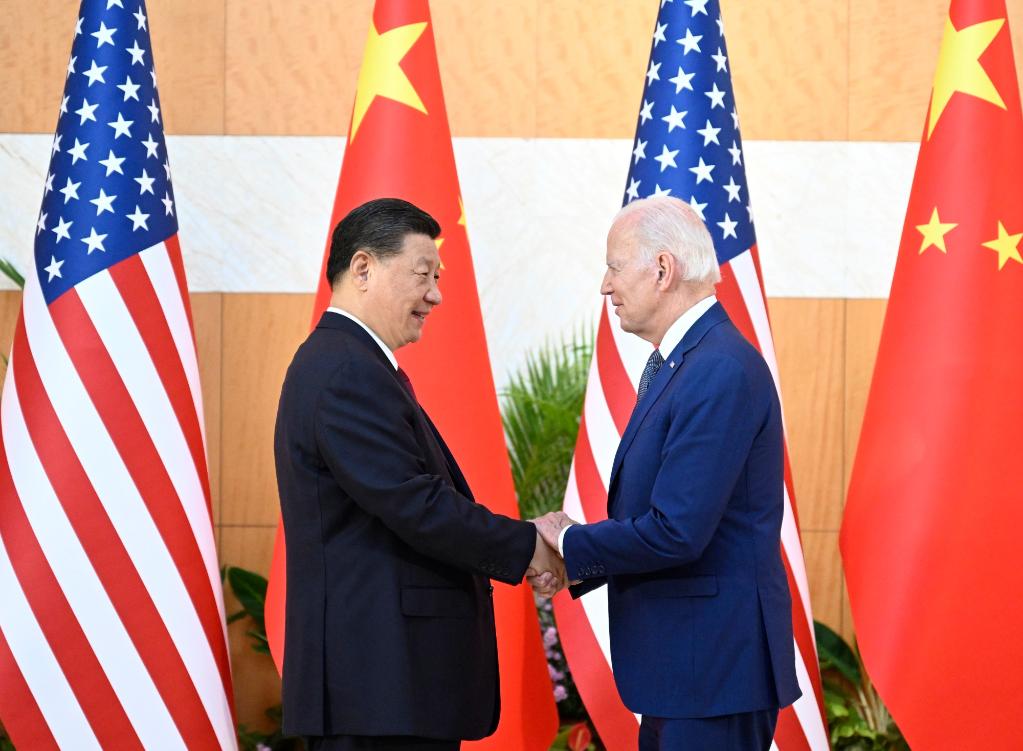 China would like to believe that Washington does not want China-U.S. relations to continue declining on a downward slide. China genuinely desires to improve bilateral relations with the U.S., but it is also committed to safeguarding its national interests fervently.

As Xi said that, as always, he is ready to have a candid and in-depth exchange of views with Biden on issues of strategic importance in China-U.S. relations and on major global and regional issues, and that he also looks forward to working with Biden to bring China-U.S. relations back to the track of healthy and stable growth to the benefit of the two countries and the world as a whole.

It is extremely crucial that the U.S. pragmatically acknowledges China's goodwill and help in steering the bilateral relations back to the right track towards mutually beneficial cooperation and development, avoiding the risks of misunderstanding and miscalculations. The steady growth of China-U.S. relations serves the interests of both sides and at the same time meets the expectations of the international community. It is expected that the U.S. will work with China in the spirit of mutual respect, and play a responsible role in safeguarding global stability and development. The Xi-Biden meeting is a crucial step in that direction.