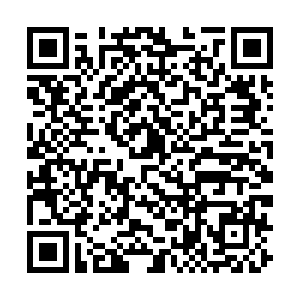 The meeting between Chinese President Xi Jinping and U.S. President Joe Biden in Bali, Indonesia has set a clear direction, which is to prevent China and the U.S. from decoupling and find the right way for the two great powers to get along, Chinese State Councilor and Foreign Minister Wang Yi told reporters on Monday.

The exchange, candid, in-depth, constructive and strategic, focused on China-U.S. relations and the prospects for peaceful global development, Wang said. 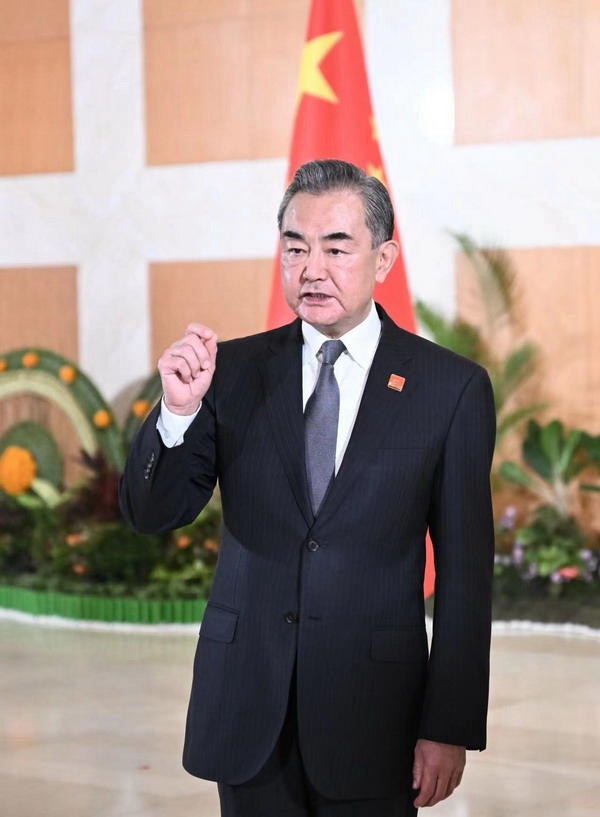 The two leaders exchanged views on domestic and foreign policies of the two countries, China-U.S. relations, the Taiwan question, dialogue and cooperation in various fields, and major international and regional issues, he said, adding that their discussion covered the most important aspects of bilateral ties and the most urgent regional and global issues.

During their meeting, Xi said the domestic and foreign policies of the Communist Party of China and the Chinese government are open and transparent, with clearly stated and transparent strategic intentions and great continuity and stability, Wang said.

According to Wang, Xi stressed that China-U.S. relations should not be a zero-sum game where one side out-competes or thrives at the expense of the other.

"China-U.S. interactions should be defined by dialogue and win-win cooperation, not confrontation and zero-sum competition," Wang quoted Xi as saying. 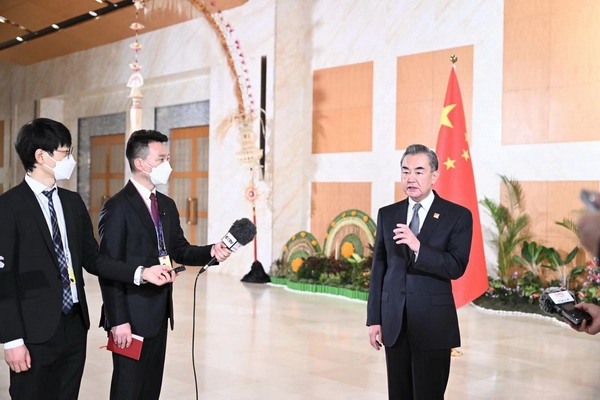 Wang said the meeting set a clear direction – to prevent decoupling of China and the U.S. and losing control, and find the right way for the two major countries to get along.

Xi said the current state of China-U.S. relations is not in the fundamental interests of the two countries and peoples, and it is not what the international community expects, Wang noted.

The Chinese president stressed that the two countries need to have a sense of responsibility for history, the world and the people, explore the right way to get along with each other, and put the relationship on the right course, Wang said.

Reaffirming that a stable and prosperous China is good for the U.S. and the world, Biden said the U.S. and China have a shared responsibility to show the world that they can manage their differences, and avoid and prevent misunderstandings and misperceptions or fierce competition from veering into confrontation or conflict, according to Wang.

The meeting set a framework for the two sides to discuss establishing guiding principles for China-U.S. relations and also kicked off a process to implement the consensus between the two leaders and manage and stabilize bilateral ties, Wang said.

Wang reviewed the two leaders' discussion about the Taiwan question, stressing that the U.S. should stop interfering in China's internal affairs and respect China's sovereignty and territorial integrity.

The Chinese president urged the U.S. to abide by the one-China policy and the three joint communiques between the two countries and honor its commitment that the U.S. does not support "Taiwan independence," Wang noted.

On the Ukraine crisis, Xi underscored the urgency of dialogue and negotiation and warned against the use of nuclear weapons, Wang said. Xi said China has all along stood on the side of peace and will continue to encourage peace talks, Wang added.

China welcomes U.S. Secretary of State Antony Blinken's wish to visit China at an early date for the follow-up work after the summit, he said.