Download
China is willing to continue to work hand in hand with Senegal: Xi
CGTN 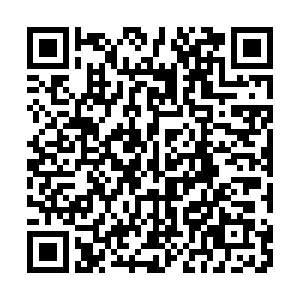 China is willing to continue to work hand in hand with Senegal on the road toward development and revitalization and support each other on issues involving each other's sovereignty, security and development interests, said Chinese President Xi Jinping.

China will continue to support Senegal in building infrastructure such as roads and industrial parks, expand the import of agricultural products from Senegal, step up cooperation on the entire industrial chain of peanuts and on rice farming, and ensure implementation of the measures under the Forum on China-Africa Cooperation (FOCAC) framework, Xi added.

Xi made the remarks when he met with Senegalese President Macky Sall on Tuesday in Bali, Indonesia.

China and Senegal are important partners and co-chairs of the FOCAC, and the two countries have a high degree of agreement on major issues such as safeguarding world peace and promoting common development, Xi said.

Sall extended congratulations again to Xi on his re-election as general secretary of the Central Committee of the Communist Party of China (CPC).

China has always stood with Senegal and other African countries in agriculture, water conservancy, infrastructure, education, medical care and the fight against the COVID-19 pandemic, he said.

Sall thanked China for its valuable help to Senegal and other African countries, and for being the first to publicly support the African Union in joining the Group of 20 (G20).

He added that African countries' firm support for China in Xinjiang-related issues fully demonstrates the high-quality mutual trust and high-level of relations between Africa and China.

Senegal is satisfied with the progress of the FOCAC and stands ready to work with China to further promote cooperation under the FOCAC framework, Sall noted.