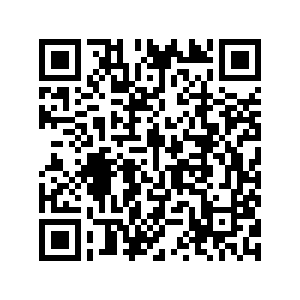 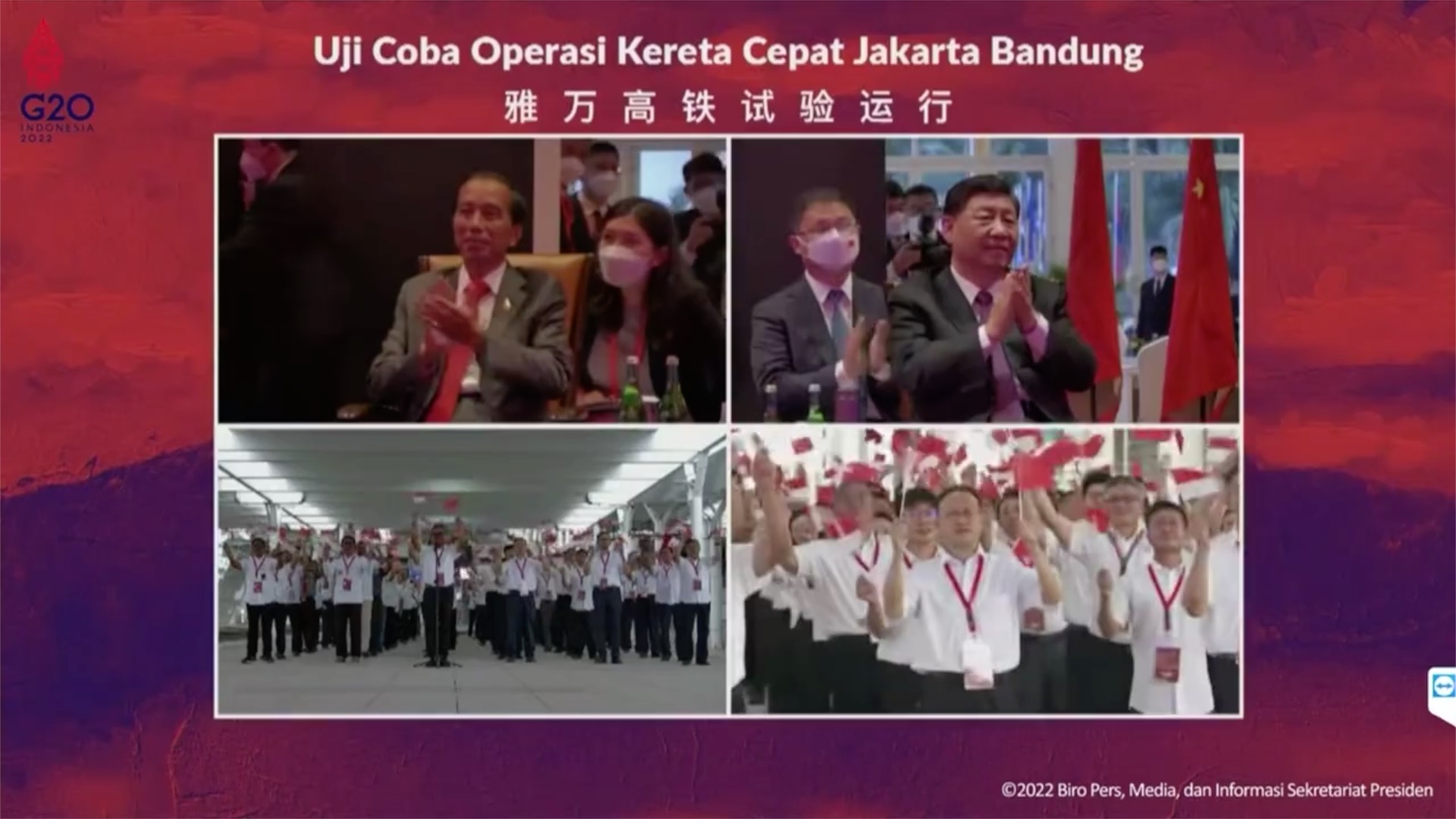 The two presidents agreed to take the 10th anniversary of the establishment of the comprehensive strategic partnership between the two countries next year as an opportunity to open up new prospects for high-level cooperation.

Xi and Widodo first watched the operational trial of the Jakarta-Bandung High-speed Railway through video link and a video presentation on the achievements of China-Indonesia cooperation. They heard the briefing on the progress of the construction of the railway. The Chinese and Indonesian drivers of the trial train each reported that the train was ready.

The two presidents gave the command, "Begin." The dashing brand-new trial train slowly pulled out of Tegalluar station and gathered speed. The venue burst into applause.

The Jakarta-Bandung High-speed Railway is the first high-speed railway in Indonesia and Southeast Asia. Once put into operation, it will reduce travel time from Jakarta to Bandung from the current more than three hours to 40 minutes.

The two heads of state then held talks. 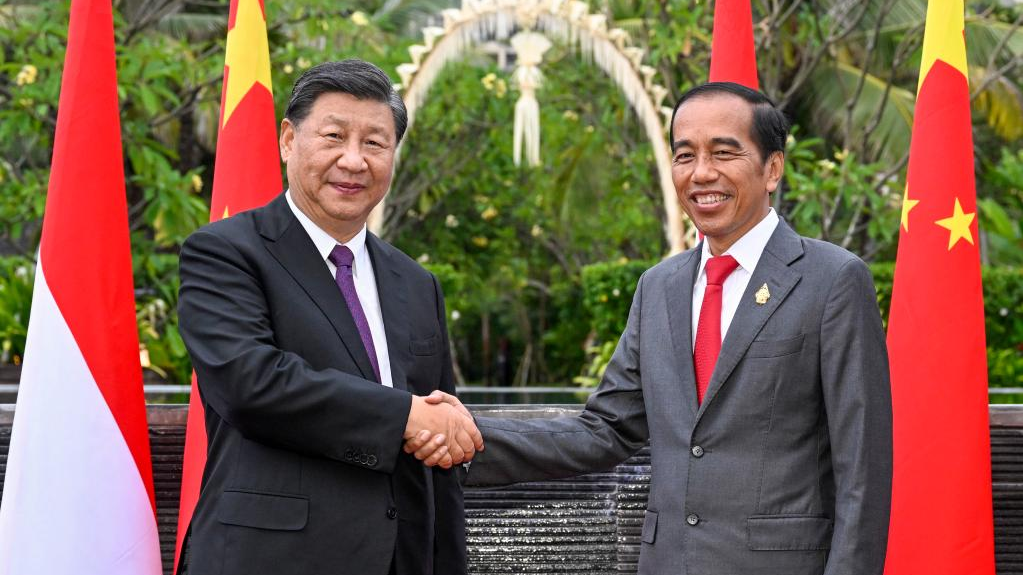 Xi congratulated Indonesia on hosting a successful G20 summit. He said that China-Indonesia cooperation has delivered tangible results, which have not only benefited the two peoples, but also had a positive impact on the region and the world at large.

The 20th National Congress of the Communist Party of China (CPC) identified the central task of the CPC on the new journey in the new era, Xi said, adding that Indonesia is also making faster progress towards realizing Vision Indonesia 2045 set for the country's centennial.

China is ready to join hands with Indonesia for the two countries to be partners and companions and support each other on the journeys ahead, Xi said.

Xi noted that China stands ready to keep forging synergy between the Belt and Road Initiative and Indonesia's Global Maritime Fulcrum and bring about the early completion and operation of the Jakarta-Bandung High-speed Railway.

The two sides will continue to advance the development of the Regional Comprehensive Economic Corridor and the "Two Countries, Twin Parks" to elevate bilateral cooperation to a higher level, the Chinese president said, noting that China will continue to support Indonesia in building a regional vaccine production center, and advance the joint research and development of vaccines.

China welcomes more competitive products from Indonesia to enter its market, and will continue to encourage outstanding Chinese companies to participate in major infrastructure construction projects in Indonesia, take part in the development of Indonesia's new capital and the North Kalimantan Industrial Park, and expand cooperation in digital economy, green development and other areas, Xi said.

China supports Indonesia's ASEAN rotating chairmanship next year and efforts to focus on development and cooperation, foster a peaceful, safe and secure, prosperous, beautiful and amicable home in the region, and build an even closer China-ASEAN community with a shared future, he said.

For his part, Widodo said he would like to once again congratulate Xi in person on his re-election as general secretary of the CPC Central Committee.

He said that just now, the two presidents jointly witnessed the operational trial of the Jakarta-Bandung High-speed Railway, a symbol of the strategic cooperation between the two countries.

Indonesia is ready to work with China and make every effort to ensure that the railway will be put into operation next year as scheduled, Widodo said.

Indonesia is happy with and thanks China for bilateral cooperation in such areas as the research, development and production of COVID vaccines, and is ready to further strengthen medical and health cooperation with China, he added.

Indonesia will work with China for the success of major projects including the Regional Comprehensive Economic Corridor, the "Two Countries, Twin Parks," and the North Kalimantan Industrial Park, he noted. He hoped that the two sides will deepen strategic cooperation and practical cooperation, and jointly build a China-Indonesia community with a shared future.

Indonesia is ready to actively promote the growth of friendly and cooperative relations between ASEAN and China, Widodo said.

The two heads of state jointly witnessed the signing of a Plan of Action for Strengthening the Comprehensive Strategic Partnership between the People's Republic of China and the Republic of Indonesia (2022-2026), a cooperation plan regarding the Belt and Road Initiative, and cooperation documents covering such areas as economy and trade, digital economy, vocational training and medicinal plants.

The two sides issued the Joint Statement between the People's Republic of China and the Republic of Indonesia.

The statement said the two sides will continue to enhance experience sharing in governance at a higher level, advance modernization through joint efforts, and promote well-being for the two peoples to make a greater contribution to global peace, cooperation and development.