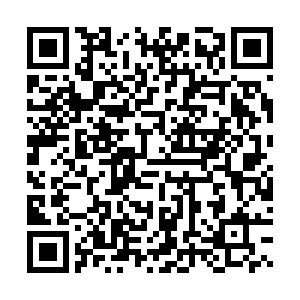 Inflation, heightened geopolitical tensions, and the once-in-a-century pandemic have all contributed to the lowered forecasts for the Asia-Pacific region. The International Monetary Fund (IMF) cut its growth forecasts for the region to 4 percent this year and 4.3 percent next year, by 0.9 and 0.8 percentage points, respectively, from its April forecasts.

In facing current difficulties and obstacles, Xi proposed three paths of development including "peaceful development," "openness and inclusiveness" and "solidarity" in a written speech at the summit.

"More than anything else, we Chinese hope to see peace and stability," Xi told the summit.

The Asia-Pacific is no one's backyard and should not become an arena for big power contest, he stressed. "No attempt to wage a new Cold War will ever be allowed by the people or by our times," he said, while urging inclusive and win-win regional cooperation with a far-sighted vision.

Home to 2.9 billion people, or nearly 40 percent of the world population, the 21 APEC economies account for about half of global trade and over 60 percent of the world's total gross domestic product (GDP). Facing new developments, APEC members need to draw on past experiences and lessons, respond to the challenges of the times and steadfastly advance Asia-Pacific regional economic integration, Xi said at the summit.

He pointed out the importance for "stable and unimpeded" industrial and supply chains, dismissing attempts to disrupt or "even dismantle" the chains formed in the region over many years. That will only lead Asia-Pacific economic cooperation to a dead end, he noted.

The Chinese president reiterated the idea of "openness," saying "closing the door" can only leave one behind. He also stressed higher-standard connectivity. "China will actively enhance the complementarity between the Belt and Road Initiative and the development strategies of other parties to jointly build a high-quality Asia-Pacific connectivity network," he said.

As a member of the Asia-Pacific, China looks to share its development gains with others in the region. Xi said the country is committed to promoting the building of an Asia-Pacific community with a shared future and vowed to take on more responsibilities in enhancing regional stability and prosperity.

The Chinese president vowed a new path of maintaining harmony between humanity and nature in pursuing Chinese modernization. "China has been among the countries with the fastest energy intensity reduction in the world," Xi told the summit.