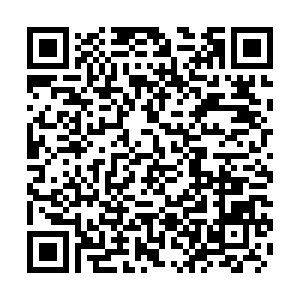 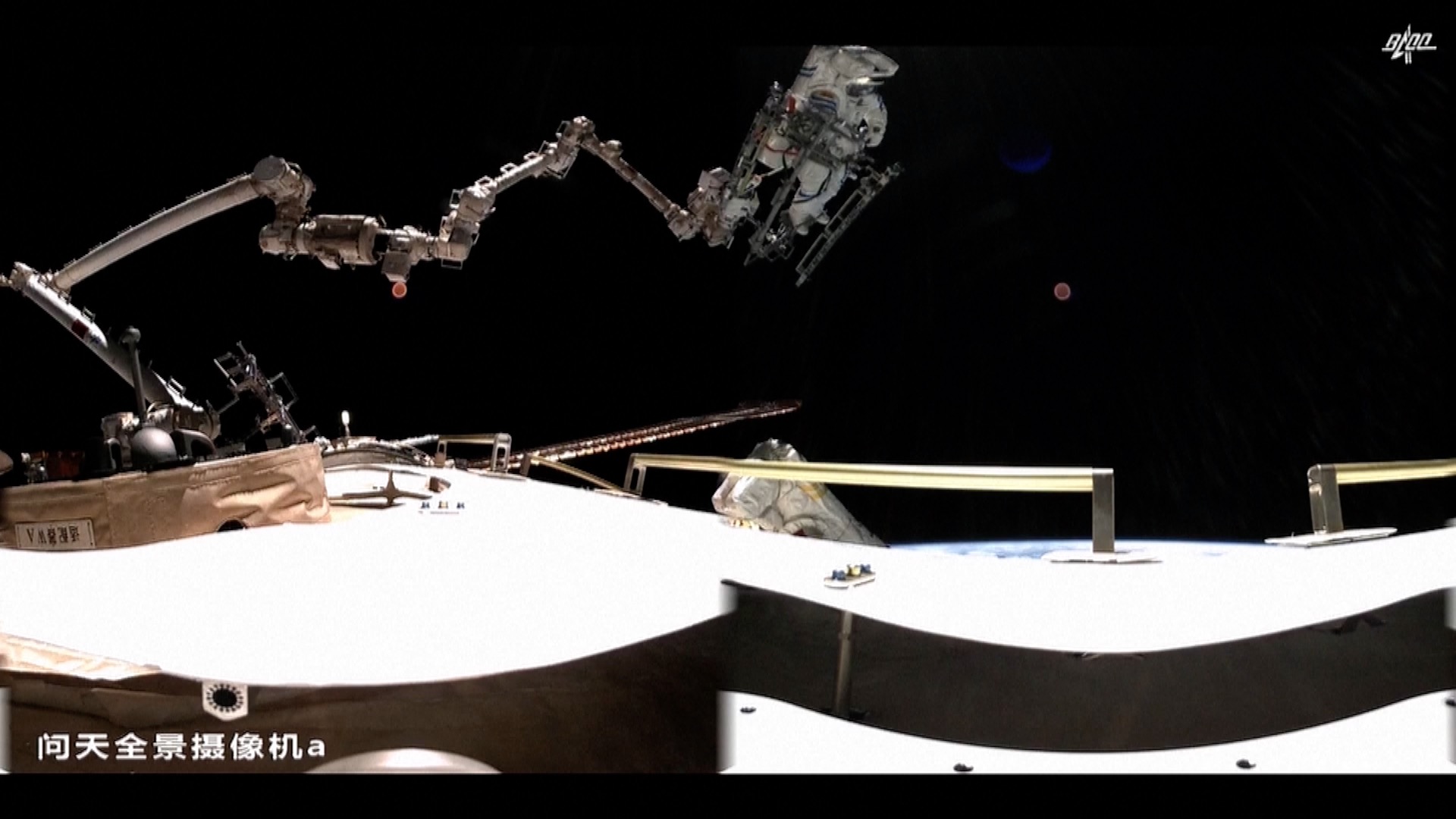 China's Shenzhou-14 astronauts, or taikonauts, on board the orbiting China Space Station, completed their third round of extravehicular activities (EVAs) and set up an out-of-cabin "bridge" that links the space station modules on Thursday, according to the China Manned Space Agency.

It was the first round of EVAs after the space station's basic T-shape configuration was formed, with the Tianhe core module in the center and Wentian and Mengtian lab modules on each side of it.

Taikonauts Chen Dong and Cai Xuzhe exited the cabin, and Liu Yang stayed inside the cabin for support. The EVAs lasted around 5.5 hours.

During the EVAs, the two taikonauts outside the cabin worked together and installed a connection "bridge" between the three modules that could assist taikonauts with crawling outside the module and better stabilize the station's T-shaped structure.

Cai, who only had his first spacewalk in September, tried the first cross-module walk using this bridge.

"Without this piece of equipment, taikonauts cannot move on their own from Wentian module to Tianhe core module or Mengtian module. Now, our taikonauts will be able to move around easier," Li said. "It doubles the distance the taikonauts can travel to."

Li said this spacewalk also stood out as "the first spacewalk supported by the three-module assembly."

"For example, we used signal relay from all three modules in this spacewalk," Li added.

The taikonauts also lifted a panoramic camera outside the Wentian lab module and mounted assistance handles on the small robotic arm. 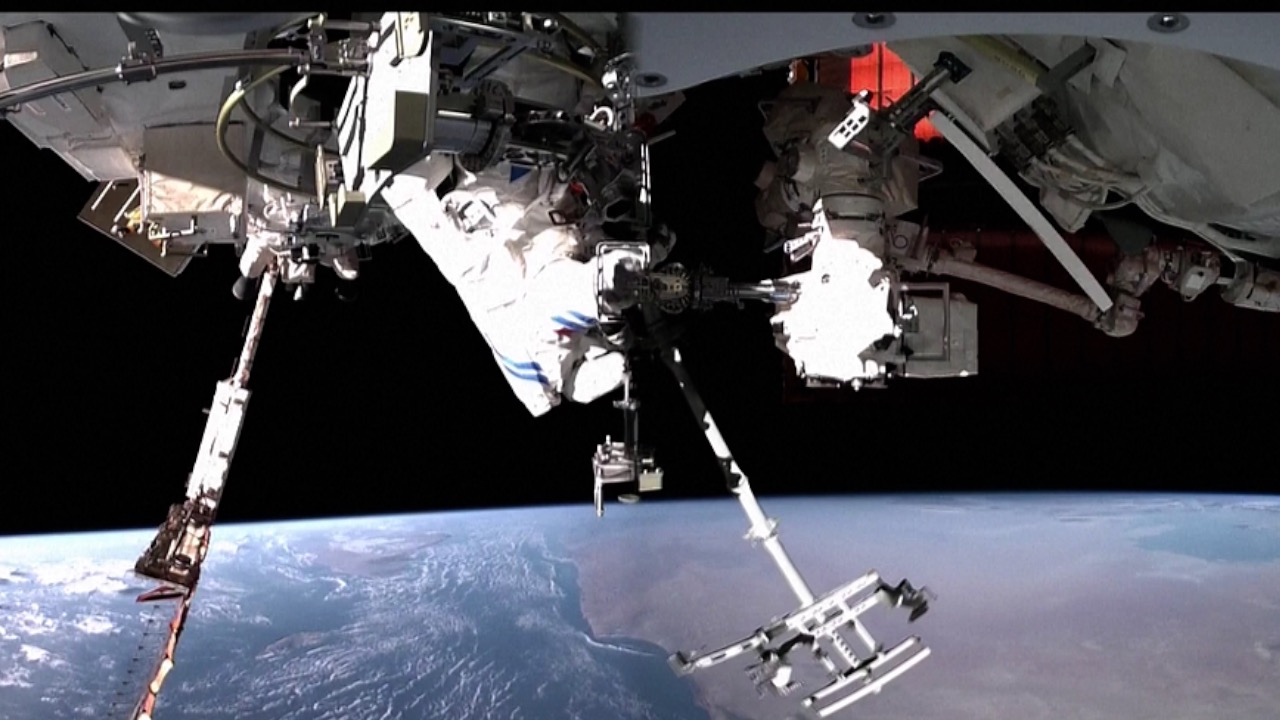 "During the entire process, they operated with precision, great rhythm and showcased great teamwork. You can see how they calmly carried out all their tasks so steadily," she said.

"Compared with previous spacewalks, the two taikonauts outside the cabin cooperated more closely this time, as almost all the tasks were jointly performed by the two of them. The efficiency of the EVAs have been improved," Huang added.

This is the seventh round of EVAs at China's space station.

The Shenzhou-14 taikonauts successfully completed their first two rounds of EVAs in September, both from the airlock cabin of the Wentian lab module. The first EVAs lasted about seven hours, and the second lasted about five hours.

The three Shenzhou-14 crew members were sent into space in June for a six-month mission.