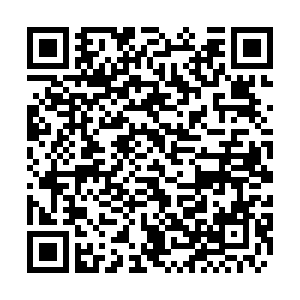 China calls on the international community to strive to seek common ground, create opportunities for cooperation, and play a responsible role in helping to ease tensions in the Russia-Ukraine conflict and resume diplomatic negotiations as soon as possible to mitigate the spillover effects of the crisis, a Chinese envoy said on Wednesday.

Zhang Jun, China's permanent representative to the United Nations (UN), made the remarks at the UN Security Council briefing on the situation of the Russia-Ukraine issue.

Noting that a missile attacked the Polish village of Przewodow near the border with Ukraine and caused an explosion with two dead on Tuesday night, the Russian Defense Ministry denied reports that Russian missiles had hit Polish territory, describing them as a "deliberate provocation aimed at escalating the situation."

Jens Stoltenberg, secretary general of the North Atlantic Treaty Organization (NATO), said on Wednesday that the explosion was likely not an attack from Russia but was caused by a Ukrainian air defense missile.

Poland's President Andrzej Duda also said that there was no indication that the blast was an intentional attack on Poland, saying "We have no proof at this stage that it was a missile launched by Russia. There are many indications that it was an air defense missile that unfortunately fell on Polish territory."

The broadened and complicated Russia-Ukraine conflict is further adding pressure on the current tense international situation and bringing uncertainty to the world, Zhang said, adding that the international community needs to jointly support the peaceful settlement of the crisis.

Zhang said all related parties should work with each other and carry out direct contact at an early date to create conditions for resuming negotiation.

China urges all related parties to abide by the international humanitarian law, and avoid any attack targeted at civilians and civilian facilities to prevent a humanitarian crisis on a larger scale, he said.

"All parties involved need to control the huge impacts the crisis caused in the fields of global energy, food and finance, so as to maintain the security and stability of the global industrial and supply chains," he added.

China urges all parties to build the sense of a human community with a shared future, and advocate peace, development, cooperation and win-win results instead of division, confrontation and exclusiveness, Zhang said.