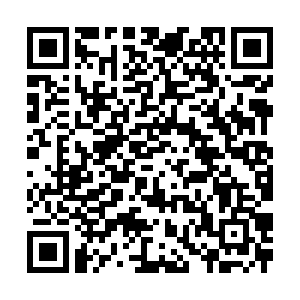 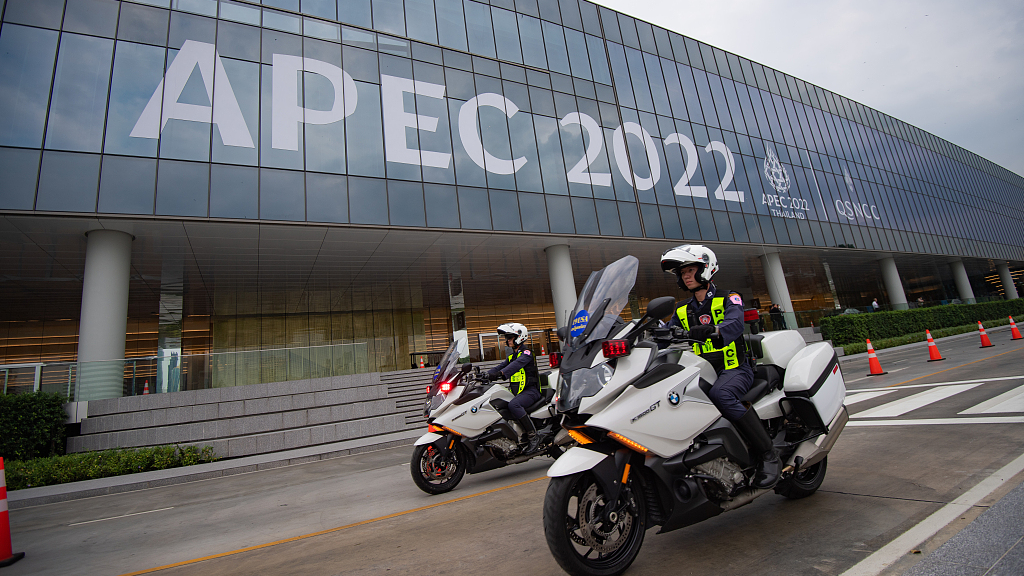 Police officers with their vehicles take part in a simulation rehearsal leading the convoy of APEC Summit outside the Queen Sirikit National Convention Center in Bangkok, Thailand, November 6, 2022. /CFP

Police officers with their vehicles take part in a simulation rehearsal leading the convoy of APEC Summit outside the Queen Sirikit National Convention Center in Bangkok, Thailand, November 6, 2022. /CFP

From November 18 to 19, the 29th Asia-Pacific Economic Cooperation (APEC) Economic Leaders' Meeting will be held in Bangkok, Thailand. Established in 1989, it seeks to "leverage the growing interdependence" of regional countries to bring prosperity to its people by accelerating economic integration and promoting balanced, inclusive, sustainable, innovative and secure growth.

The APEC region accounts for nearly 60 percent of world energy demand and includes four of the world's five largest energy-consuming countries: China, Japan, Russia and the U.S. According to the seventh edition of the APEC Demand and Supply Outlook, the regional energy demand by 2050 will increase by 21 percent from 2016 levels.

As 64 percent of the APEC members' energy consumption in 2050 will likely be met by fossil fuels, there is an urgency within the group to strengthen energy security, which can be attained by making a rapid transition to renewable energy. The APEC is on the way to reach its aspirational goal of reducing energy intensity to 45 percent by 2029, six years ahead of the scheduled 2035; however, it remains uncertain whether the organization can achieve another objective on doubling the share of renewables in energy mix by 2030 through the "business-as-usual" approach.

China holds promise for the APEC's energy security and clean-energy ambitions. The country's installed capacities of hydropower, wind power and solar power generation all exceeded 300 million kilowatts in 2021, which led the world for another year, offering potential to deepen the China-APEC cooperation in renewables to the benefit of billions of people in the region. 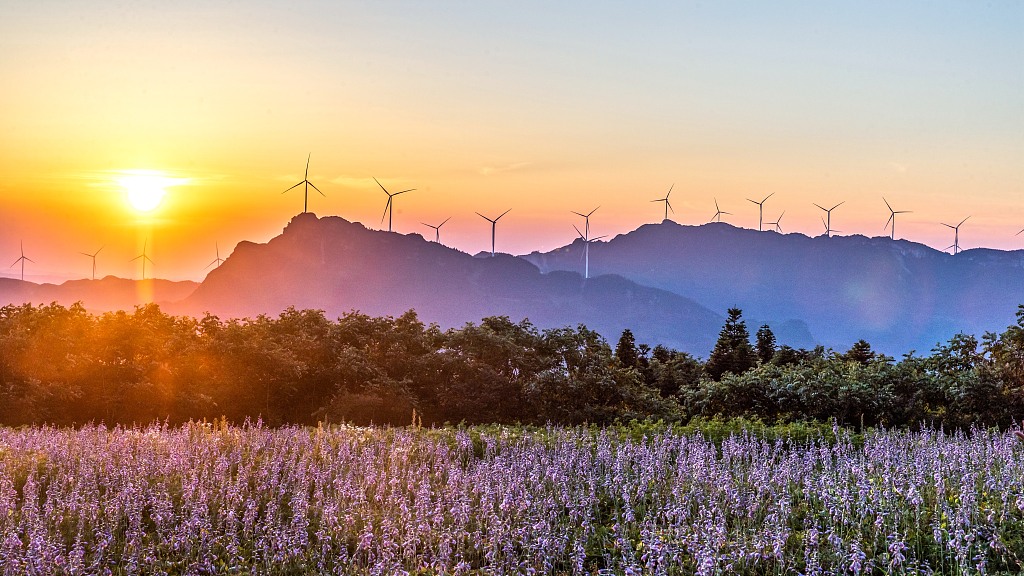 In 2014, the 22nd APEC Economic Leaders' Declaration, titled "Beijing Agenda for an Integrated, Innovative and Interconnected Asia-Pacific," showed the way to strengthen the Asia-Pacific partnership, jointly coping with international challenges, and pursuing mutual growth. It also encouraged members to eliminate trade protection and restrictive measures, focus on innovation and cooperation to ensure energy security, economic growth and poverty alleviation and upgrade energy infrastructure, as well as endorsed the vision of doubling the share of renewables by 2030.

Pursuing a free and open trade and investment was one of the key conduits to advance regional economic integration and energy security. China has met the pledge, investing aggressively in the renewable sector. For example, China in 2017 cemented its position as a leader in global renewable energy, supporting technologies through investments both at home and abroad.

In 2022, Beijing stays on track to reach its target of producing one-fifth of its electricity consumption from non-fossil reserves over the next eight years and can be a source of help to APEC's goal to double its renewables share, contributing to the members' energy security.

China's commitment to clean energy has been recognized by the non-partisan global energy organizations. A commentary at the International Energy Administration in 2019 declared China as the "undisputed global leader" in renewable energy expansion worldwide. The Paris-based institution forecasted that China, by 2021, will be housing more than one-third of global solar photovoltaic (PV) and onshore wind capacity.

With a significant decline in the cost of onshore wind and solar photovoltaic (PV) power in China over the past decade, the APEC energy goals can be met through Chinese experiences in the renewables in addition to generating more energy jobs.

China has become Southeast Asia's biggest partner in international renewable energy cooperation and is willing to share its achievements in energy security and transition via the Belt and Road Initiative with the states across Asia-Pacific. Beijing's instrumental role in cutting down solar PV costs provides an added advantage to the regional countries.

Several Chinese companies are playing a vital role in Asia-Pacific's solar and wind power industries, high-voltage transmission lines and electric vehicle manufacturing. For a diverse and dynamic region – encompassing small island economies that are amongst the most vulnerable to the threats of climate change – the China-APEC cooperation in renewables has the potential not only to ensure regional energy security and accelerate energy transition, but jointly mitigate the harsh environmental risks to Asia-Pacific.