Download
Full text: Joint Statement between the People's Republic of China and the Republic of Indonesia
CGTN 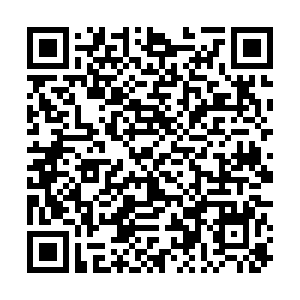 Chinese President Xi Jinping held talks with Indonesian President Joko Widodo in Bali Wednesday evening, in which the two heads of state reached important consensus on striving towards building a China-Indonesia community with a shared future.

Xi and Widodo agreed to take the 10th anniversary of the two countries' comprehensive strategic partnership next year as an opportunity to forge a new paradigm of high-level cooperation.

A Joint Statement Between the People's Republic of China and the Republic of Indonesia was released.

The following is the full text of the statement:

1. At the invitation of H.E. Joko Widodo, President of the Republic of Indonesia, H.E. Xi Jinping, President of the People's Republic of China, attended the 17th G20 Leaders' Summit in Bali, Indonesia. On November 16 2022, the two Presidents held cordial and friendly talks on bilateral cooperation and other major issues concerning the current situation and reached new important consensus on strengthening the China-Indonesia Comprehensive Strategic Partnership and striving towards building a community with a shared future.

2. China congratulated Indonesia's success in hosting the G20 Bali Summit, which showcased the G20's efforts in addressing global challenges through enhanced solidarity and cooperation. Indonesia congratulated China on the complete success of the 20th National Congress of the Communist Party of China, which will advance the rejuvenation of the Chinese nation on all fronts through a Chinese path to modernization. The two sides agreed that China and Indonesia, as major developing countries and emerging economies, upheld the philosophy of seeking a people-centered development, shared common ideas, interests and a closely connected future, and committed to rendering stronger support for each other's national development goals, namely, China achieving its second centenary goal of building a great modern socialist country in all aspects, and Indonesia becoming a developed country upon the founding centenary of Indonesia in 2045. The two sides will continue to enhance experience sharing in governance at a higher level, advance modernization through joint efforts, promote well-being for the two peoples to make a greater contribution to global peace, cooperation and development.

3. Recalling the Joint Press Statement on the Bilateral Meeting between the President of the People's Republic of China and the President of the Republic of Indonesia, released in Beijing on July 26 2022, the two sides will strive towards building a China-Indonesia community with a shared future through sustaining traditional values rooted in the Chinese civilization such as "good-neighborliness" and "seeking harmony while reserving differences" as well as Indonesia's tradition of "gotong royong" and concept of "Bhinneka Tunggal Ika", and observing the purposes and principles of the UN Charter, the Five Principles of Peaceful Co-existence and the Bandung Spirit, forging an exemplary model of major developing countries seeking mutual respect, mutual benefit, win-win results, justice, equity, common development and South-South cooperation.

4. In order to secure concrete measures to further strengthen the China-Indonesia Comprehensive Strategic Partnership and strive towards building a China-Indonesia community with a shared future, the two sides have formulated a Plan of Action for Strengthening the Comprehensive Strategic Partnership between the People's Republic of China and the Republic of Indonesia (2022-2026), so as to provide integrated plans and roadmaps for exchanges and cooperation between our two countries in all areas in the next five years. Under the guidance of the two Heads of State, our two countries will strengthen strategic coordination and make an overall plan for concrete cooperation in various fields, bring into full play the China-Indonesia High-level Dialogue and Cooperation Mechanism (HDCM) and other existing bilateral mechanisms, consolidate the new synergy through four-pillar cooperation covering politics, economy, people-to-people exchanges and maritime projects, and strengthen strategic coordination in regional and multilateral affairs.

5. The two sides reaffirmed their commitment to uphold the principle of non-interference in the internal affairs of each other and continuing to firmly support each other on issues concerning such core interests as national sovereignty, security and territorial integrity. Indonesia reiterated its firm adherence to the one-China policy, its continued support for the peaceful development of cross-Straits relations and China's peaceful reunification. China reiterated its firm support for Indonesia's efforts to secure its national unity and territorial integrity.

6. The two Heads of State witnessed the operational trial of Jakarta-Bandung High-speed Railway and highly appreciated the positive progress of the Railway as a flagship infrastructure project of China-Indonesia cooperation under the synergy of the Belt and Road Initiative (BRI) and Global Maritime Fulcrum (GMF), and looked forward to the on-schedule completion of the project, which will promote the local economic and social development and enhance regional connectivity. The two sides agreed that infrastructure development bore great significance in driving economic growth for developing countries, and agreed to carry forward high-quality projects under the synergy of the BRI and GMF and build on more flagship projects such as the Regional Comprehensive Economic Corridor and the "Two Countries, Twin Parks."

7. The two sides attached great importance to the cooperation for sustainable development, including under the framework of the Global Development Initiative (GDI), and will deepen cooperation in such fields as poverty alleviation and poverty reduction, rural revitalization and development-oriented financing, speed up the cultivation of fresh growth points such as green development and digital economy, and carry out cooperation in such major projects in Indonesia as the new capital and the North Kalimantan Industrial Park. The two sides will expand trade and investment cooperation in the spirit of mutual benefit and reciprocity and promote industrial upgrading, maintain stability in supply chain and industry chain, ensure food security and energy security, to jointly make contributions to the regional development and global recovery in the post-pandemic era.

9. The two sides will accelerate the resumption of post-pandemic personnel exchanges and deepen cooperation in such fields as science and technology innovation, education, culture, tourism and youth, strengthen people-to-people exchanges with a view to promote the bonds between our two peoples.

11. China reaffirmed its full support to Indonesia's chairmanship of ASEAN in 2023. The two sides will implement the consensus reached on China-ASEAN Special Summit to Commemorate the 30th Anniversary of China-ASEAN Dialogue Relations, uphold open regionalism and advance the China-ASEAN Comprehensive Strategic Partnership. Indonesia took note of China's vision to build a peaceful, safe and secure, prosperous, beautiful, and amicable home in the region. The two sides shall promote mutually beneficial cooperation to implement the ASEAN Outlook on the Indo-Pacific (AOIP), as well as on synergizing the BRI and the Master Plan on ASEAN Connectivity (MPAC) 2025, and for effective implementation of the Regional Comprehensive Economic Partnership (RCEP).

12. The two sides share common interests in ensuring peace and stability through dialogue and diplomacy, and will maintain close communication and coordination in regional and global security affairs, jointly address regional disputes and global challenges such as terrorism, climate change, cyber security and bio-security. The two sides agreed to enhance communication and explore efforts in potential cooperation on the Global Security Initiative (GSI).

13. The two sides will continue to strengthen multilateralism, and strengthen cooperation at such multilateral fora as the United Nations, APEC, and G20, actively enhance the South-South cooperation through such mechanisms and frameworks as BRICS, the Non-Aligned Movement, and the Group of 77, with a view to firmly safeguard the rights and interests of developing countries as well as global fairness and justice, and demonstrate the responsibilities of major developing countries, promote global governance toward the development with greater fairness and justice, so as to contribute more to building a community with a shared future for mankind.

14. During the visit, the two sides also signed the Cooperation Plan on Jointly Promoting Cooperation within the Framework of the Belt and Road Initiative and the Global Maritime Fulcrum, the Agreement on Further Expanding and Deepening Bilateral Economic and Trade Cooperation, and a series of other cooperation documents on digital economy, education, vocational training, agriculture, health, medicinal plants, media, infrastructure financing and importation of Indonesian bananas.

15. The two sides viewed the bilateral meeting in Bali between the two Heads of State as a milestone in China-Indonesia relations. The two Heads of State will maintain frequent communications and provide strategic guidance for future efforts to strengthen the China-Indonesia Comprehensive Strategic Partnership and strive towards building a community with a shared future. President Xi Jinping expressed his gratitude for the warm and friendly hospitality of President Joko Widodo, the Indonesian Government and people. President Xi extended invitation to President Joko Widodo to visit China again at the convenience of both sides.