Download
Musing on cranes, snow plums and a 'shoulder ballet'
The Vibe 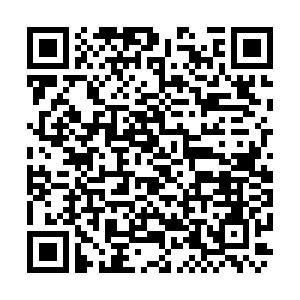 The crane has served as a favorite subject for many traditional Chinese arts, frequently bestowed with noble, pure, and elegant connotations in the works of many generations of art masters. "Snow Plums and Twin Cranes" by Chinese flower-and-bird painter Bian Jingzhao of the Ming Dynasty (1368-1644) combines white snow, white plums, and white cranes to wonderful effect, embodying the artistic concept of "cranes singing in the middle marsh, with their sound being heard in the wild" from "The Book of Songs" (the oldest existing anthology of Chinese poetry, comprising 305 works and dating back more than 2,000 years). Produced by China Media Group, the cultural program "China in Poetry and Painting" invited cultural scholars Kang Zhen and Fan Di'an to appreciate this classic painting and the literati style behind it, framed against a challenging shoulder ballet by dancers Wu Zhengdan and Wei Baohua. 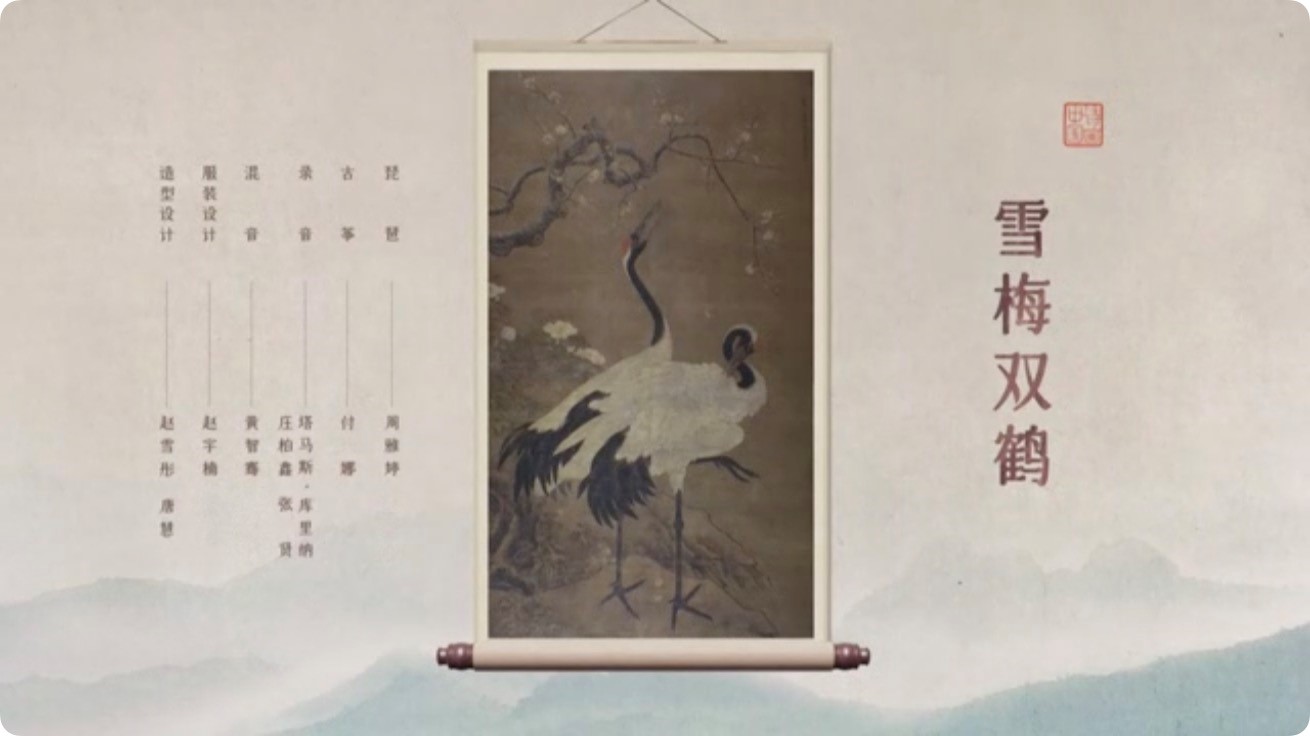 "Snow Plums and Twin Cranes" shows the famous flower-and-bird painter Bian Jingzhao from the Ming Dynasty at the height of his skill. This classic artwork is now housed at the Guangdong Museum. In the painting, two white cranes can be seen perched on one foot, one singing and the other bending its head to groom its feathers. Behind them lie white plums, green bamboo, and tea flowers nestled in the snow. The scenery is full of vitality. Bian uses fine brushwork and bright and vivid colors to make the two cranes appear almost lifelike. By creatively placing white snow, plums, and cranes in the same picture, the artist hugely enriched the over-arching meaning of the scene.

With its graceful manner and distinguished colors, the crane has been a famous symbol of nobility, purity, and elegance in traditional Chinese art. It is a recurring image in the works of numerous artists throughout history. In "Snow Plums and Twin Cranes," Bian Jingzhao uses cranes to reflect a "man with virtue": the crane is singing, intending to be heard by the sky, mirroring man's indication of his ambition and resolutions; the other crane is bending its head to tidy its feathers, which can be regarded as man's expectation of being pure and keeping himself in a state of virtue at all times. Although this work is of the traditional collegiate style, the spirit reflected is that of the traditional Chinese literati. 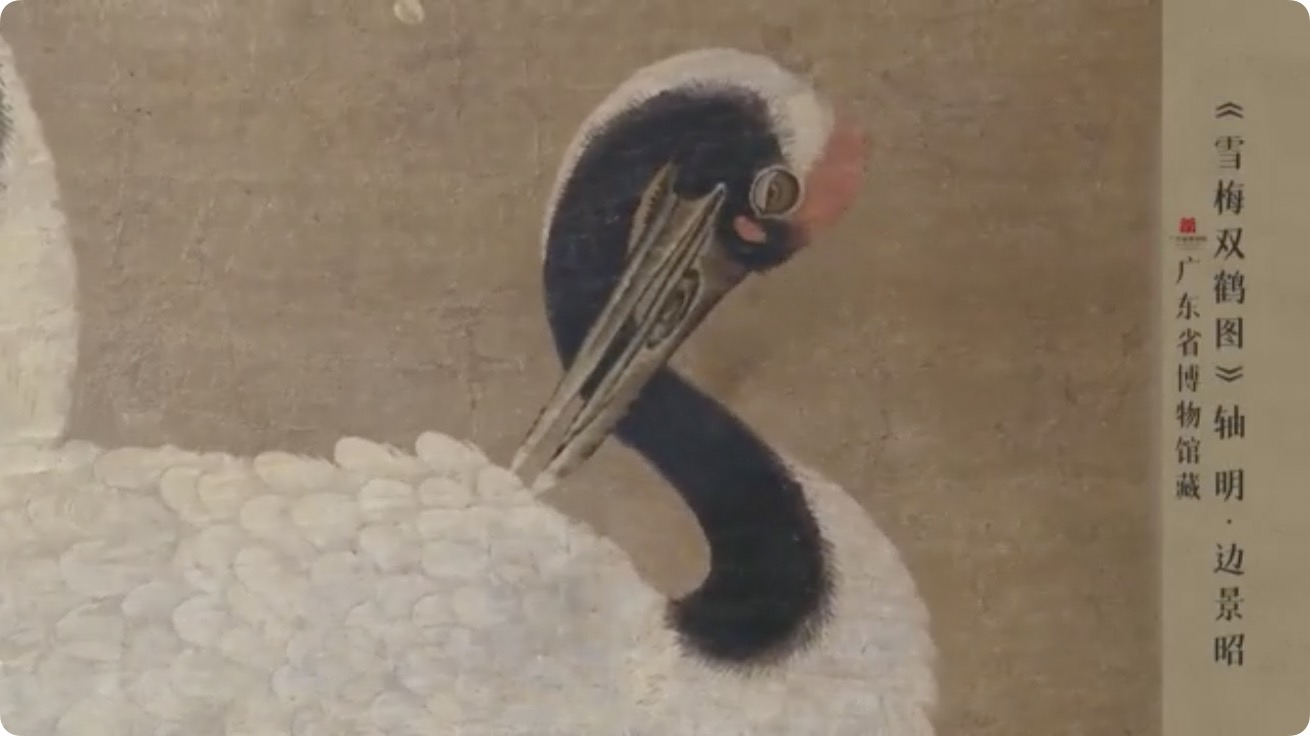 The painting "Snow Plums and Twin Cranes" reflects some sentences plucked from "The Book of Songs." Now, this masterpiece has taken on a new form and flourished. Taking "China in Poetry and Painting" as their stage, dancers Wu Zhengdan and Wei Baohua have recreated the elegant posture of the two cranes from this classic painting through dance. Using a challenging shoulder ballet, they have interpreted the charm and movement of the two cranes while showing the oriental allure of traditional painting via a different art form. 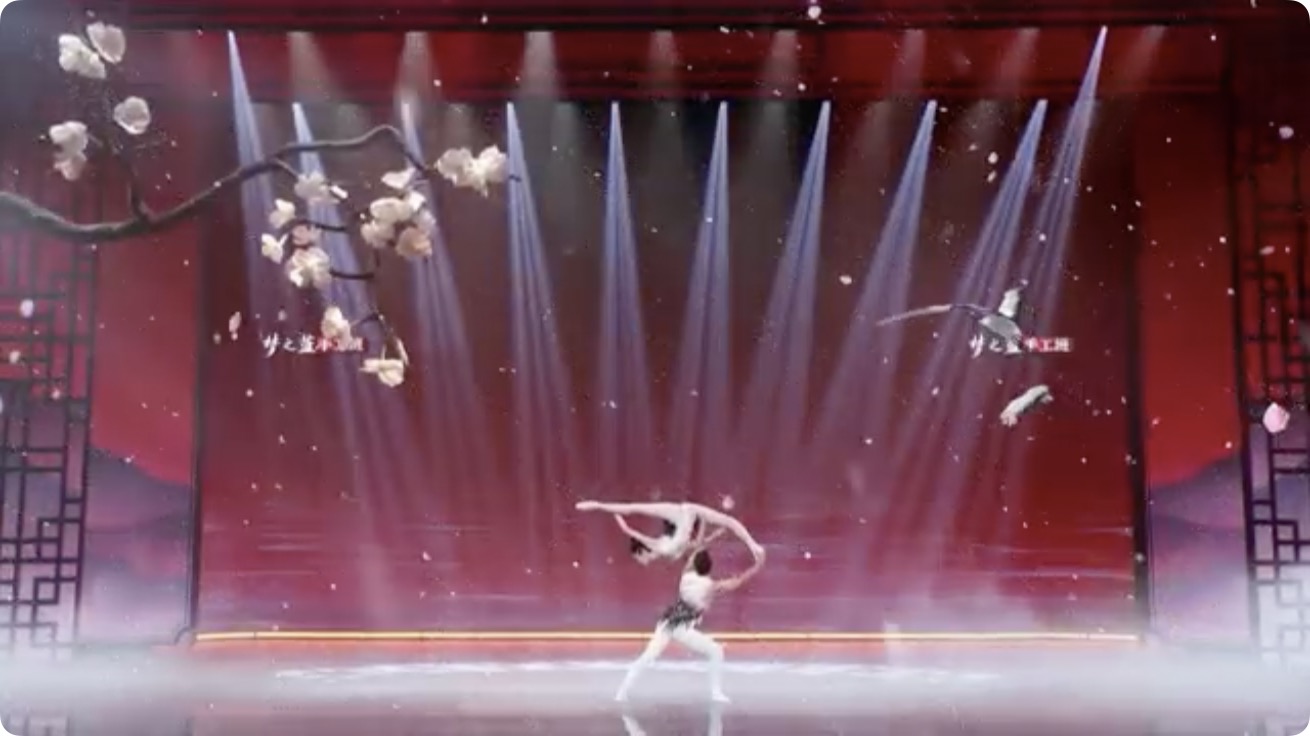 Bian Jingzhao was a highly accomplished flower-and-bird painter from the Ming Dynasty. His paintings are distinguished by the heavy-colored brushwork, while their traditional origins derive from the "imperial style" of the Song Dynasty (960-1279). Bian, who entered the imperial court during the Yongle reign, was known as the "Flower Saint" and was also a renowned court painter during this period.

He had a significant impact on the prevailing style of flower-and-bird paintings. The most distinctive feature of his "Snow Plums and Twin Cranes" is the dynamic beauty of the birds he painted. While most painters depicted cranes with their wings spread or standing on two legs, such as Tang Yin's "Painting of Cranes" and Zhao Ji's "Auspicious Cranes," Bian's masterpiece depicts two cranes each standing on one leg, delicately capturing their posture and plumage. This has helped it to become one of the most beautiful and vividly realized flower-and-bird works from that era.