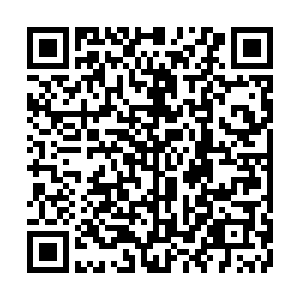 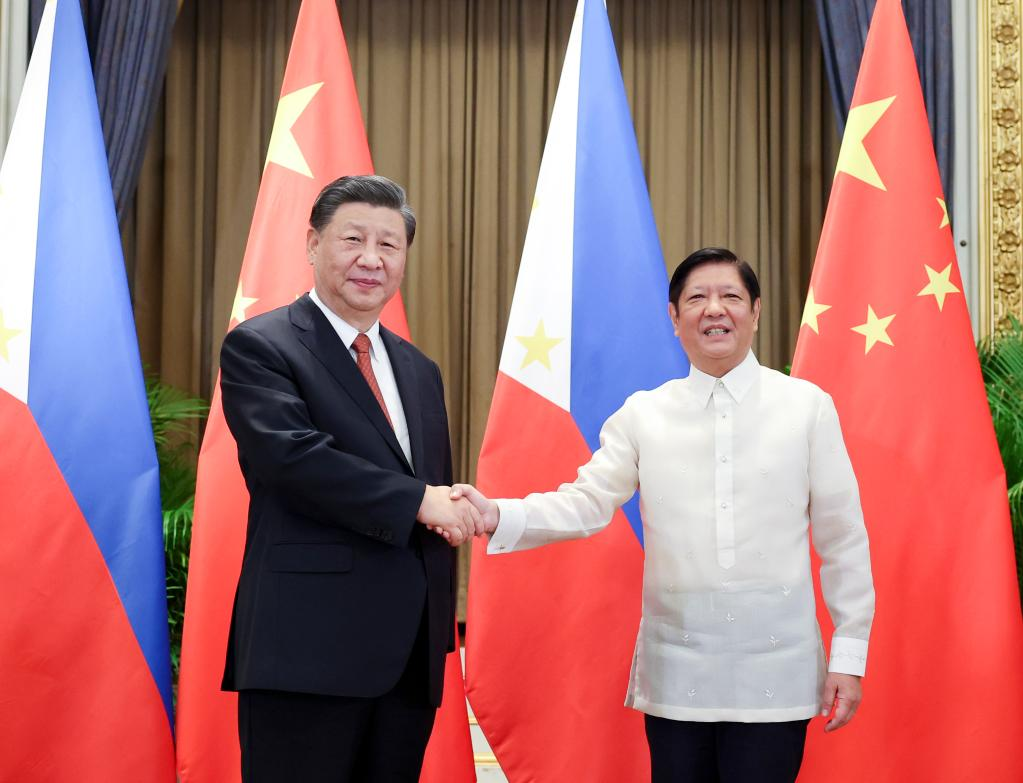 Chinese President Xi Jinping said China and the Philippines should stick to "friendly negotiations" when dealing with the South China Sea issue, calling for the "proper handling" of differences and disputes when meeting with his Philippine counterpart Ferdinand Romualdez Marcos on Thursday.

During their phone call in May, Xi said he and Marcos reached a series of important consensus on growing bilateral ties in the new era and identified agriculture, infrastructure, energy and people-to-people exchanges as four priority areas of cooperation.

Xi said that the two sides need to create highlights in cooperation and enhance the quality of cooperation to the benefit of their peoples, adding that China will work with the Philippines to carry forward their friendship and cooperation, commit to national development and rejuvenation, and write a new chapter in China-Philippines friendship.

Xi underscored China's readiness to maintain regular communication with the Philippines and to continue to accommodate its concerns, and the two sides need to further deepen the synergy between the Belt and Road Initiative and the Philippines' "Build, Better, More" program, ensure the success of the Davao-Samal Bridge project, explore cooperation on "Two Countries, Twin Parks," and strengthen cooperation on clean energy, education and public health.

China is willing to import more quality agricultural and sideline products from the Philippines, said Xi, adding that the two sides need to take more concrete steps to increase people-to-people and cultural exchanges and cement public support for China-Philippines friendship.

Noting that China and the Philippines, as two developing countries in Asia, need to keep strategic independence, uphold peace, openness and inclusiveness, and stay the course of regional cooperation, Xi said the two countries should work together to reject unilateralism and acts of bullying, defend fairness and justice, and safeguard peace and stability in the region. 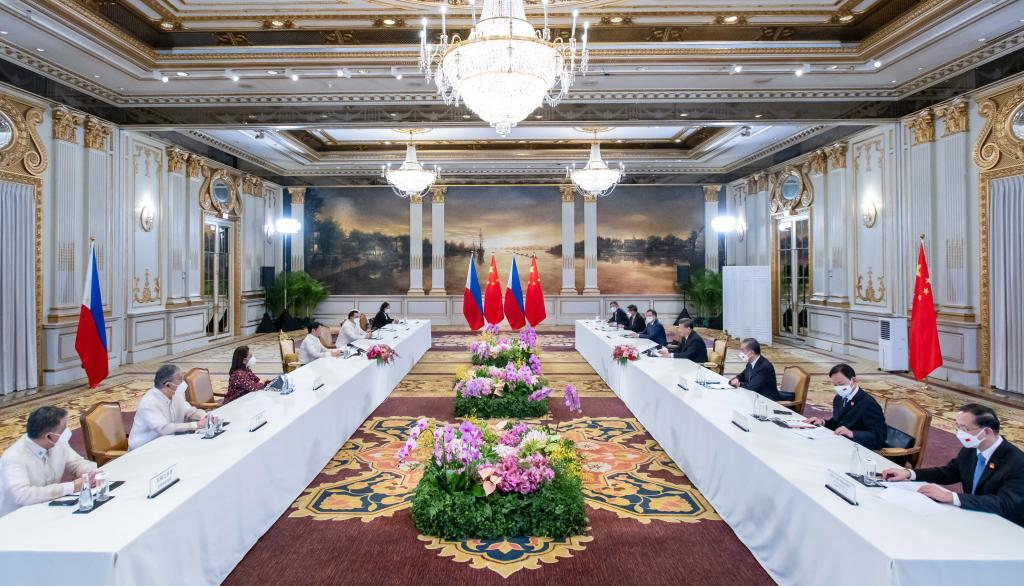 For his part, Marcos first extended his congratulations to the successful convening of the 20th National Congress of the Communist Party of China (CPC) and to Xi on his re-election as general secretary of the 20th Central Committee of the CPC. This will not only bring more stability to the future development of China, but the region and the world at large, the Philippine president said.

Maritime issues should not define the entire Philippines-China relationship, Marcos said, calling for advancing communication on the matter, and the Philippines will continue to adhere to the one-China policy, uphold the principle of peace, stay committed to an independent foreign policy, and will not take sides.

He also said that he looks forward to working with China in promoting cooperation in areas including infrastructure, energy, agriculture, and people-to-people exchanges in an effort to build a more robust and strong bilateral relationship.