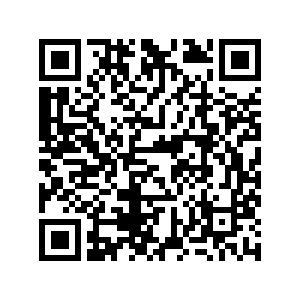 Chinese President Xi Jinping said on Thursday that the Asia-Pacific is no one's backyard and should not become an arena for big power contest.

No attempt to wage a new Cold War will ever be allowed by the people or by our times, he said in a written speech at the Asia-Pacific Economic Cooperation (APEC) CEO Summit.

In the speech, he also said that "we should follow a path of peaceful development," "a path of openness and inclusiveness" and "a path of solidarity."

The Asia-Pacific, once a ground of big power rivalry and a place fraught with international disputes, suffered so much from conflicts and wars, Xi said.

Noting openness and inclusiveness are vital for human prosperity and advancement, Xi said the Asia-Pacific miracle has been created by all of us working hand in hand and overcoming difficulties and obstacles.

Facing new developments, APEC members need to draw on past experiences and lessons, respond to the challenges of the times and steadfastly advance Asia-Pacific regional economic integration, Xi said, calling for joint efforts in breaking new ground in development and building an Asia-Pacific community with a shared future.

He put forward a six-point proposal in this regard, namely bolstering the foundation for peaceful development, taking a people-centered development approach, pursuing higher-level opening-up, striving for higher-standard connectivity, building stable and unimpeded industrial and supply chains, and promoting economic upgrading.

In the speech, Xi also vowed to follow a new path of maintaining harmony between humanity and nature in pursuing Chinese modernization.

"This is our responsibility not only for ourselves, but for the world as well," he said.

In recent years, Xi noted that China has, acting on the belief that lucid waters and lush mountains are invaluable assets, pursued all-round green transition in economic and social development, and endeavored to build a beautiful China with blue skies, green lands and clear waters.

Talking about peace and stability, Xi said "to follow the path of peaceful development is a strategic choice made by us in the fundamental interests of the Chinese people."

"More than anything else, we Chinese hope to see peace and stability," he added.