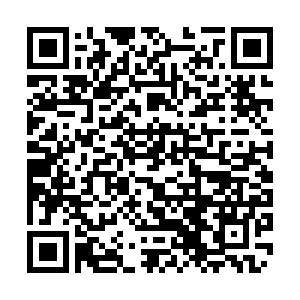 "A link is like a seed. It sprouts and grows." 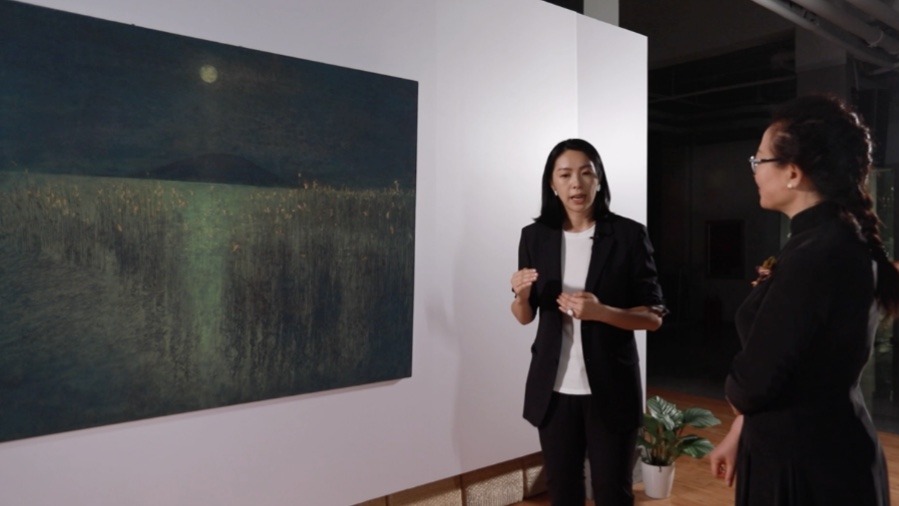 From ancient times to the modern era, humans have been rediscovering themselves and exploring the world, as well as their place in it and their connection to nature. In the digital age, people can connect with others much more easily via virtual links at the mere click of a button. The same holds true for artists, who use similar technology as a bridge connecting them to the consuming public. However, it's not always quite that simple.

Li Yijing, a veteran artist, steeped in the art world for the past two decades, has served as a witness to and kept abreast of the many changes in her field.

Majoring in the history of Western art, Li graduated from the City University of New York in 2002, where she embarked on her extraordinary artistic journey. She joined Lois Hill in 2003 as the creative director at the jewelry company's New York headquarters, becoming the first Chinese national to serve in the role.

In 2012, she traced the pilgrimage of the famous Chinese traveler Xuanzang in the Tang Dynasty (618-907), who visited the famous seats of learning in India and brought Buddhist doctrines back to China. For Li, this became a three-year journey of self-discovery during which she grew spiritually and creatively. In 2020, she co-produced the documentary, "Lunana: A Yak in a Classroom," which pocketed the Best Narrative Award at the Palm Springs International Film Festival. Two years later, the work was listed among Best Foreign Language Film nominees at the Academy Awards.

Li has now devoted herself to exhibiting the works of emerging artists and collectors and cooperating with international cultural institutions to promote Eastern aesthetics via her "H Space." Originally called "Yijing Art Space" when the company was first set up in 2012, she later renamed it to incorporate the letter "H" to serve as both a linguistic and pictorial symbol of a bridge, indicating its role as a link between artists and the consuming public outside their studios.

Serving in this capacity and as a bridge between China and the rest of the world, Li has embraced many technological and other changes.

New tech has changed how art is created and shared, adding a new richness and vitality to artists' innovative self-expression forms while increasing their works' visibility and exposure. It also facilitates the internal and external communications of the art world and grants the public more accessible access to the arts and the private worlds of artists.

Li describes these new ways of trading and displaying art, such as e-commerce and live streaming, as akin to "a modern gallery." 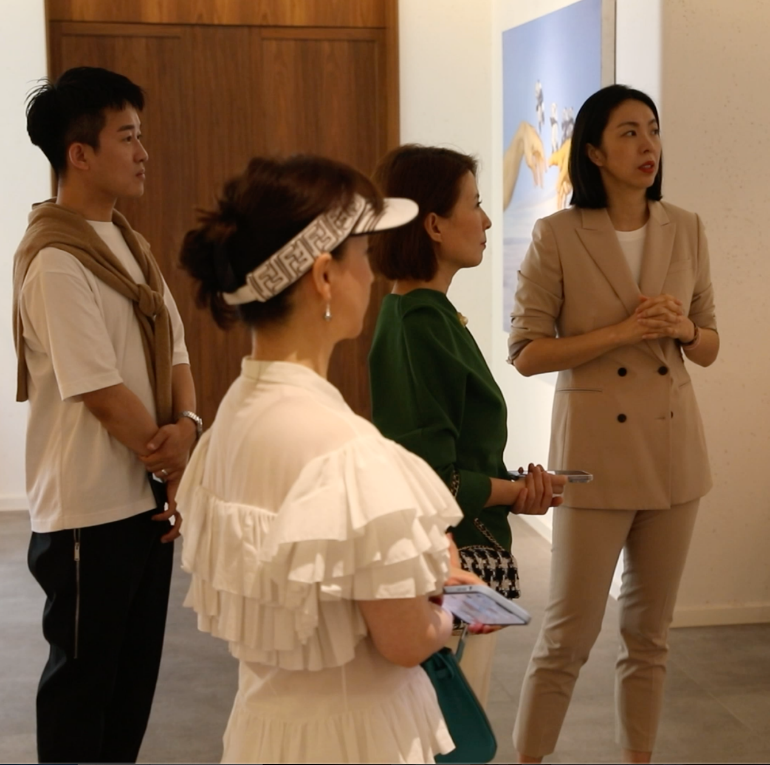 "As I understand it, it's like when the concept of the art gallery first came into being in the 19th century," said Li. "The biggest difference [between then and now] is that e-commerce platforms spread their art faster and wider than traditional galleries ever could," she added.

"Looking back, whenever we were planning an exhibition, it would take us at least six months to get everything ready, considering the logistics, insurance, and of course, finding the right location for the show," Li said. "But when it comes to e-commerce, all those problems aren't such a problem. It only takes a couple of months to plan a show, making us more efficient."

This century has seen virtual "galleries" emerge and go viral, giving artists more ways and forms to promote their works. With just a single clip, art lovers, critics, and professionals worldwide can enjoy their favorite works enhanced by special visual and audio effects. Despite the allure of this technological leap, however, it is taking longer than expected for many artists to buy into the idea. Entrenched in the familiar way of doing things, these new ways of connecting with the world seem alien and hard to grasp.

Li says no one has the power to slow the development of technology. She sees her role as a connector, helping these artists adapt to the times and adopt new trends. "I think artists need to give e-commerce platforms more of their time and understand that they are helping to promote them while creating new links that can generate many possibilities," said Li.

Han Weimeng, an artist and researcher of the mural art at the Mogao Grottoes in Dunhuang, a UNESCO World Heritage Site in China's Gansu, echoes similar sentiments. Han and Li have enjoyed a long and fruitful collaboration. 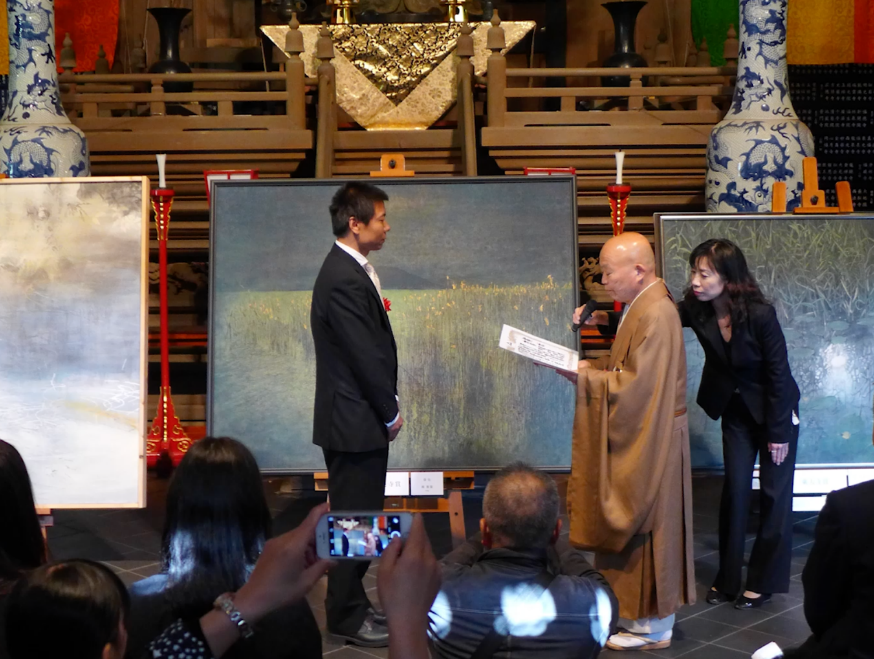 Han's "Twilight" painting fetched the Kencho-ji Temple Award at the 10th Kamakura Art Festival in Japan in 2015, making him the first overseas artist ever to receive the accolade. 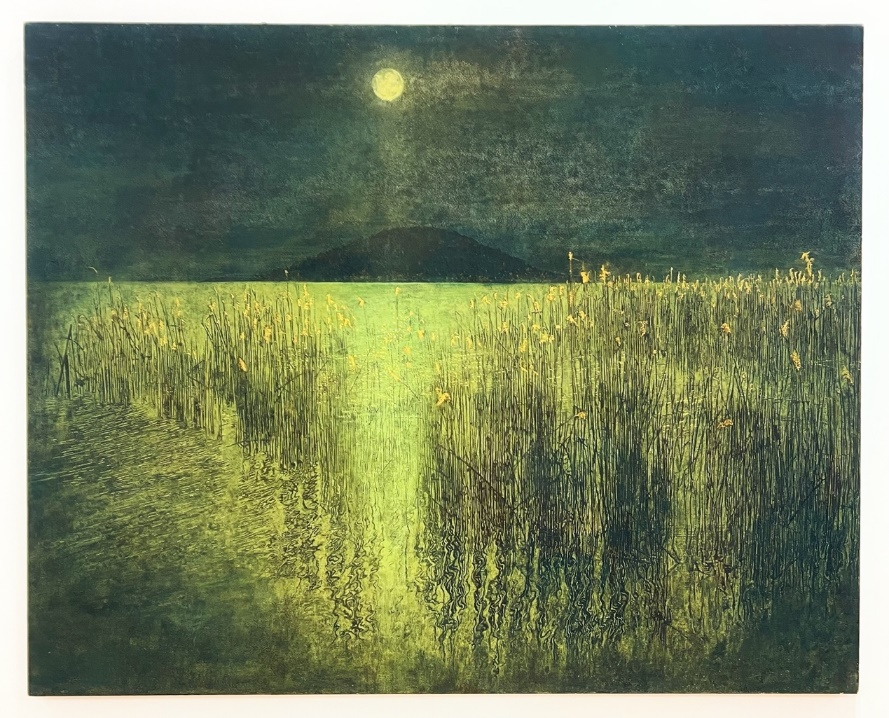 "Networking is a bit of a foreign concept for artists such as myself," said Han Weimeng, who is now working at the Fine Arts Research Institute at the Dunhuang Academy in Gansu. "We don't pay so much attention to it. That being said, I'm not against these kinds of virtual links in the internet era. I think we will see more and more digitalized artworks in the cyber world. So this is changing the way people see and appreciate art. And, of course, it needs artists and professional art practitioners to be at one end of it -- creating both a cyber link and a link between souls."

This is why Li's role will only grow in importance in the years ahead. Cyber links are relatively easy to set up, yet when it comes to "linking souls," that requires a more personal emotional connection. Li sees this as her mission.

"This is a mission for our art practitioners. In other words, we should know how to help artists better express their works, how to dig deeper into their philosophy, sincerity, and beauty, and how to have their voice and stories heard by more people," she said.

Li said she sees great promise in the virtual world that technological innovations are building. Online tours, digital exhibitions, virtual reality museums, and high-tech mechanisms such as digital restoration and reproduction work also protect cultural relics. This is allowing some of the world's most precious artistic heritage and masterpieces to open their doors on a truly global level in a previously impossible way.

This new digital tide is full of momentum and possibility. Experts have already created digitalized versions of the Dunhuang Grottoes in Gansu Province and the Forbidden City (now known as the Palace Museum) in Beijing, meaning they can be shared with the world without people having to travel to China to enjoy their treasure troves of art. And after peeling back these virtual curtains, enthusiasts can revel in truly immersive experiences at these historic shrines to the art world.

However, Li sees these virtual experiences as the beginning rather than the end of many consumers' artistic journeys. They will take their first steps online and then be encouraged to make the trip in person to marvel at these wonders of human ingenuity and genius.

"Like the wings of a bird, technology and art are indispensable to one another," says Li. "I think art is a good starting point for all things of beauty. It's also a kind of dialogue with ourselves."

Li has been enjoying her special journey through the art world while forging strong bonds among artists, collectors, and art lovers with her passion and dedication.