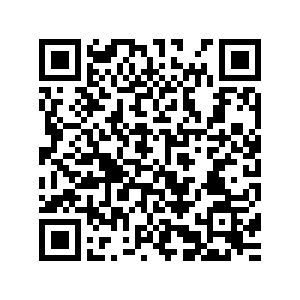 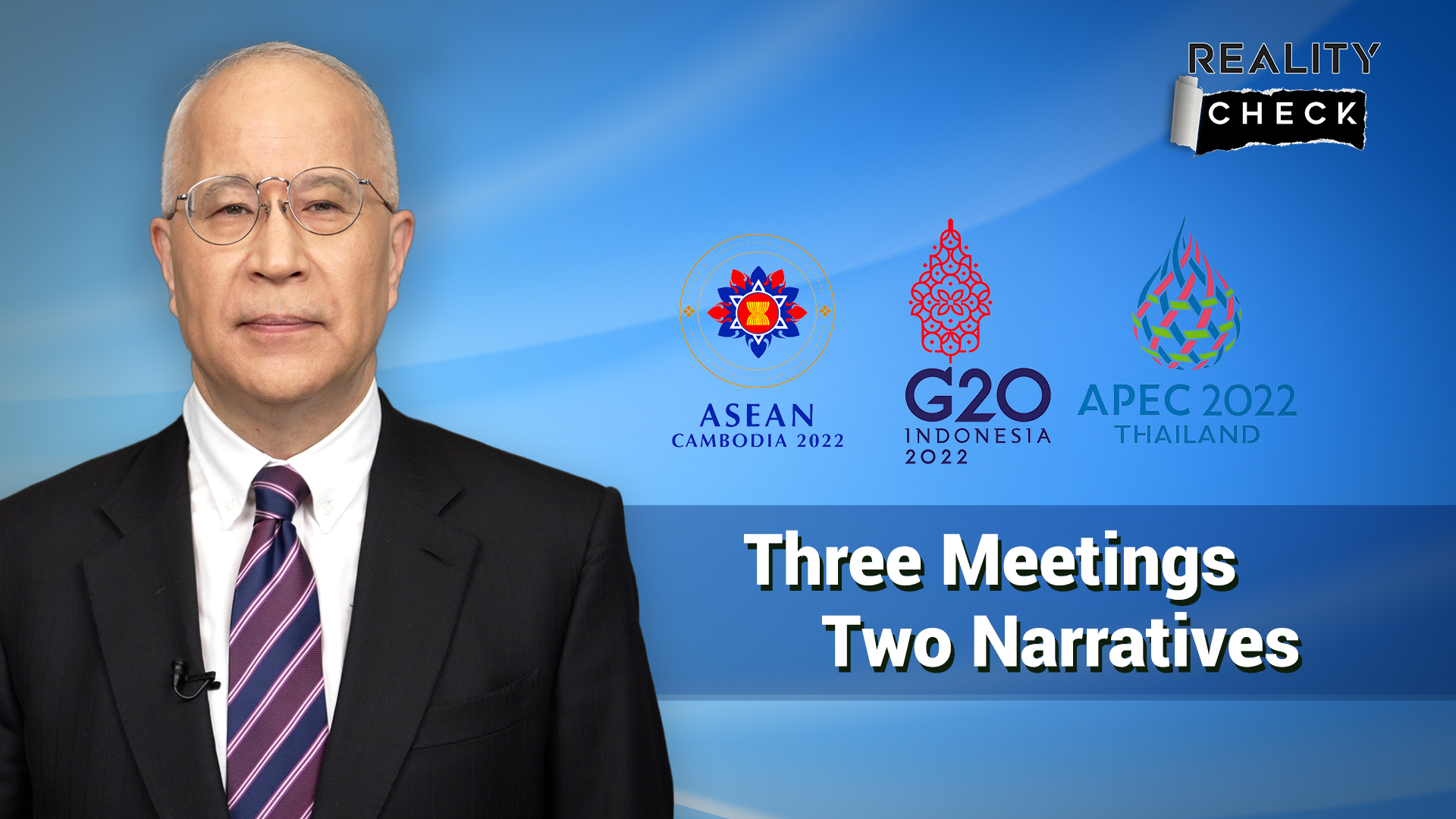 Editor's note: From Nov. 10 to 19, ASEAN, G20, and APEC, three significant meetings held in Asia have caught global attention. At these three meetings, Chinese leader Xi Jinping and his American counterpart presented two starkly different narratives, reflecting how they see the world and the path forward. Einar Tangen, our current affairs commentator, tells more. The commentary reflects the author's opinions and not necessarily those of CGTN.

Hi, I'm Einar Tangen. And this is Reality Check.

Today, I'm going to be talking about "three meetings, two narratives." The three meetings I am talking about are ASEAN, G20, and APEC. At these three meetings, U.S. President Joe Biden and Chinese President Xi Jinping presented two starkly different narratives reflecting how they see the world and the path forward. The face to face meeting between these two Presidents became the focal point of the global politics this week, at a time when the world is confronted by the pandemic, conflicts, a recession, possibly a depression, political polarization, growing civil unrest and extinction level ecological threats.

In his first visit to Southeast Asia as president, Biden said the region was at the heart of his "administration's Indo-Pacific strategy," "defending against the significant threat to the rules-based order," building "an Indo-Pacific that's free, open, stable, prosperous, and resilient and secure." He said, "we're going to compete vigorously. But I'm not looking for conflict, I'm looking to manage these competitions responsibly." He reaffirmed the U.S.'s commitment to the one-China policy and explicitly said, "I do not think there's any imminent attempt on the part of China to invade Taiwan." He talked about the conflict in Ukraine and the need to "send a clear message to North Korea." He then criticized China over Taiwan, trade, governance and human rights.

What does this say about American vision? It seems mixed, but talks are a significant improvement over what has been a deteriorating relationship. The discussion by the U.S. side about establishing "a bottom," "managing conflict" speaks to a negative views and assumptions, but the fact that they were speaking face to face was an accomplishment in itself.

The question remains as to whether the U.S. will follow through on what was said, an issue given the verbal assurances of the past have not been matched by actions.

After 3 years of COVID-19, Biden's commitment to encouraging more direct exchanges between people is positive, but not if the U.S. continues to blacklist Chinese individuals and companies.

What is concerning though is Biden's words, words which reveal he sees a world in crisis, where the fabric of the rules based order is under threat. Where strategies, threats and the need for security is caused not by multiple global crises the world faces, but the differences in governance and culture of countries like China. It reveals a zero sum competitive mindset, where fear and force drive each other. Does Biden's view reflect the American people's views, or can the political, economic and ecological realities serve as an off ramp. We will have to see.

In his second visit overseas since the beginning of the COVID-19 pandemic, Xi has held formal bilateral meetings with Biden.

President Xi said the current of China-U.S. relations is not in the fundamental interests of the two countries, their people or the international community. That history has shown that working towards mutual benefit is the best path and that China will stay committed to peaceful, open and win-win development, with individual countries and globally. He pointed out that "there is always competition in the world, but competition should be about learning from each other… (not) a zero-sum game."

He reminded Biden that the status of Taiwan as part of China was the "bedrock" of the two countries relationship, as agreed in the Three Communiques, signed by the U.S. during the early 1970's and 80's. He talked about American and Chinese Democracies, how they reflect different cultures, but share the same ends.

What does this say about China's vision?

Xi Jinping's vision is positive and collegial, it rejects cold war, zero sum and the inevitability of conflict. It is about learning, not lecturing, about exchanging views, not dictating them. Xi Jinping was very clear, China and the world are facing headwinds internally and externally, in his view, cooperative united action is needed by governments at home and internationally, to create and implement solutions. The solutions the world expects and needs China and the U.S., as the largest economic powers, to work together, and to create and implement solutions.

This is not to say China is perfect, as Xi Jinping pointed out learning is a constant as is correcting mistakes, but the essence of his views is that hope and cooperation are a better approach than fear and force.

Indonesia's theme for the G20 this year was "Recover Together, Recover Stronger." Let us hope that this message is taken to heart even though not enough time was devoted to them.

As you look at the narratives and the assumptions and messages they convey, it is up to you to decide what the world needs.

After 70 years of growth, Asia is emerging from the colonial economic shackles, to take its place as a regional economic and political force. The catalyst of this re-emergence has been China, which over the last 40 years, with planning, hard work, and its own model of representative democracy, has shown how a developing nation can rise without resources or reserves, and compete with developed nations, through resolve, planning, and hard work.

In contrast, after 40 years of comparative lackluster growth, increasingly political, economic and social inequality, shrinking middle classes, citizens divided by race, religion, and ideology, where ever changing governments continue to face the same problems, but without solutions, the Global North faces challenges, some from within, some from outside.

But it wasn't always this way. The American Revolution succeeded in making one country out of many peoples of different races, religions, cultures and languages. They shared a desire to leave their original countries to create a future for themselves and their children. The world today, is like America then, its people wish to leave the conflicts and inequality behind, and find space to pursue a better, sustainable future for them and their children.