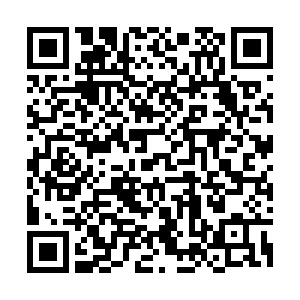 Editor's note: Huang Weifen, the head coach for China's astronauts, made the following comments to CGTN exclusively on Shenzhou-14's latest endeavors, the overall spacewalk capabilities for taikonauts and how Shenzhou crews have been exemplary. The interview came after the Shenzhou-14 crew successfully completed their third spacewalk on Thursday, the first spacewalk with a three-module space station.

"The entire process saw them operate with precision, great rhythm and showcase great teamwork. You can see how they calmly carried out all their tasks so steadily," Huang said, adding that the Shenzhou-14 crew had carried out Thursday's tasks in an "exemplary" way.

"Compared with previous spacewalks, we have the sense that the two astronauts working together were particularly in sync, as they were cooperating on many tasks," she said.

Shenzhou-14 mission commander Chen Dong and taikonaut Cai Xuzhe were out for the EVA on Thursday, while Liu Yang stayed in and operated the robotic arms.

Thursday's mission included installating inter-module connection devices, which could only be put in place after the basic T-shape configuration of China Space Station is formed.

"This is also the first time our astronauts conducted a spacewalk aboard this three-module space station," Huang explained.

Huang told CGTN that spacewalks for taikonauts have become a mature and standardized practice after seven times at the China Space Station.

Huang said that the seven extravehicular activities from the space station have all been very successful.

"For each activity, we made a timely and rapid summary from the activity design, organization to implementation, and improved every step of the way," she said. "A complete set of mature practices has been formed, including standardized practices for many procedures, covering every step of the mission."

Shenzhou-14 'ready' to welcome in Shenzhou-15

For the Shenzhou-14 crew, who have undertaken three spacewalks and stayed more than five and a half months in space, Huang said they've been models in many ways.

"Ever since entering the space station, they showed good mental outlook, good physical and mental quality, and strong operational skills and abilities. Even when encountering new tasks, they can complete them very well," she told CGTN.

"They have a lot of assignments, and they performed all tasks very well," Huang said. "Now, they are in good condition and will welcome the arrival of Shenzhou-15."