Download
COP27 deal delivers landmark on 'loss and damage', but little else
CGTN 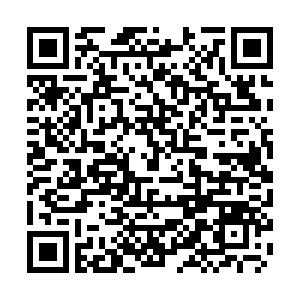 Countries adopted a hard-fought final agreement at the COP27 climate summit early on Sunday that sets up a fund to help poor countries being battered by climate disasters - but does not boost efforts to tackle the emissions causing them.

After tense negotiations that ran through the night, the Egyptian COP27 presidency released the final text for a deal and simultaneously called a plenary session to quickly gavel it through.

Negotiators made no objections as COP27 President Sameh Shoukry rattled through the final agenda items. And by the time dawn broke over the summit venue in the Egyptian resort of Sharm el-Sheikh on Sunday, the deal was done. 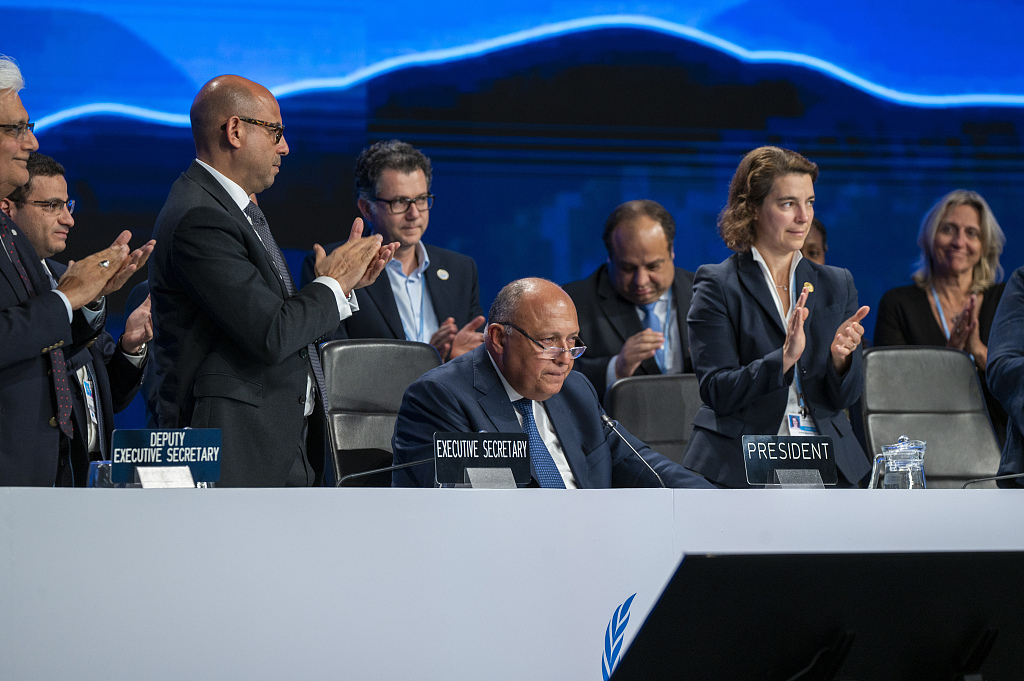 Sameh Shoukry(M), foreign minister of Egypt and the COP27 President, sits while the surrounding participants clap during the closing ceremony at the COP27 UN climate summit. /VCG

Sameh Shoukry(M), foreign minister of Egypt and the COP27 President, sits while the surrounding participants clap during the closing ceremony at the COP27 UN climate summit. /VCG

UN Secretary-General Antonio Guterres welcomed the deal in a video message issued from the conference venue in Egypt, saying its "an important step towards justice".

Despite having no agreement for tougher emissions reductions, "we went with what the agreement was here because we want to stand with the most vulnerable," said Germany's climate secretary Jennifer Morgan, visibly upset.

Delegates praised the breakthrough on setting up the fund as climate justice, for its aim in helping vulnerable countries cope with storms, floods and other disasters being fueled by rich nations' historic carbon emissions.

When asked by Reuters whether the goal of stronger climate-fighting ambition had been compromised for the deal, Mexico's chief climate negotiator Camila Zepeda summed up the mood among exhausted negotiators.

"Probably. You take a win when you can."

The two-week summit has been seen as a test of global resolve to fight climate change - even as a war in Europe, energy market turmoil and rampant consumer inflation distract international attention.

Billed as the "African COP," the summit in Egypt had promised to highlight the plight of poor countries facing the most severe consequences from global warming caused mainly by wealthy, industrialized nations.

The United States also supported the loss and damage provision, but climate envoy John Kerry did not attend the session after testing positive for COVID-19 this week.

Negotiators from the European Union and other countries had said earlier that they were worried about efforts to block measures to strengthen last year's Glasgow Climate Pact.

"It is more than frustrating to see overdue steps on mitigation and the phase-out of fossil energies being stonewalled by a number of large emitters and oil producers," German Foreign Minister Annalena Baerbock said in a statement.

In line with earlier iterations, the approved deal did not contain a reference requested by India and some other delegations to phasing down use of "all fossil fuels".

It instead called on countries to take steps toward "the phase-down of unabated coal power and phase-out of inefficient fossil fuel subsidies," as agreed at the COP26 Glasgow summit.

"Too many parties are not ready to make more progress today in the fight against climate crisis," EU climate policy chief Frans Timmermans said, describing the deal as "not enough of a step forward for people and planet." 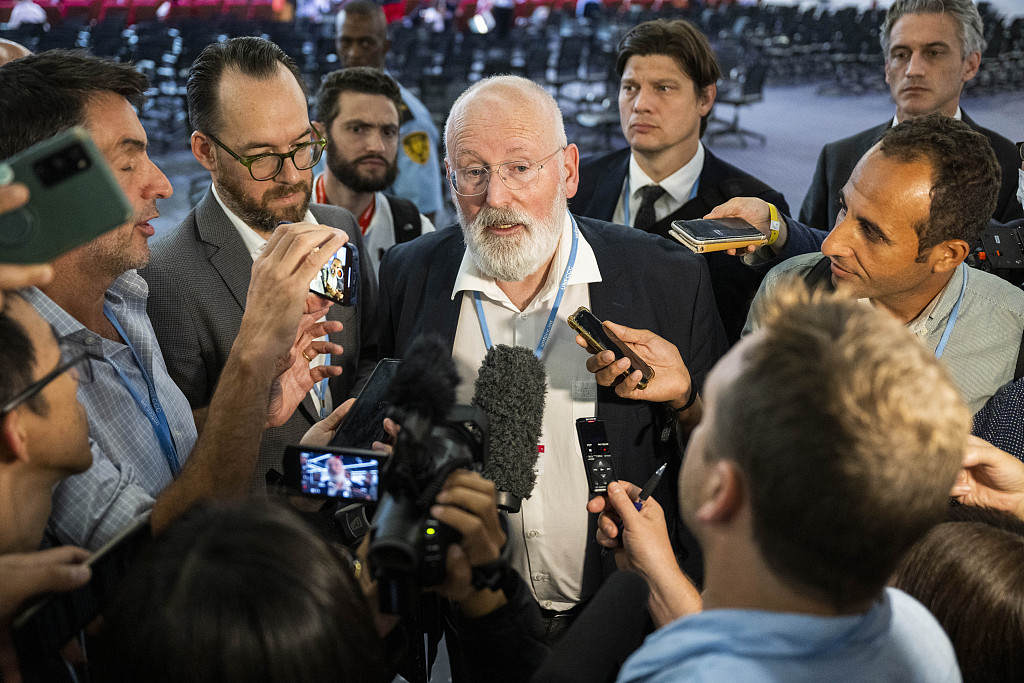 Frans Timmermans (M), Vice-President of the European Commission, talks to journalists after the closing ceremony of the UN Climate Summit COP27. /VCG

Frans Timmermans (M), Vice-President of the European Commission, talks to journalists after the closing ceremony of the UN Climate Summit COP27. /VCG

The text also included a reference to "low-emissions energy", raising concern among some that it opened the door to the growing use of natural gas - a fossil fuel that leads to both carbon dioxide and methane emissions.

"It does not break with Glasgow completely, but it doesn't raise ambition at all," Norway's Climate Minister Espen Barth Eide told reporters.

Small island nations facing a climate-driven rise in sea level had pushed for the loss and damage deal, but lamented the lack of ambition on curbing emissions.

"I recognize the progress we made in COP27" in terms of establishing the fund, the Maldives climate minister, Aminath Shauna, told the plenary. But "we have failed on mitigation ... We have to ensure that we increase ambition to peak emissions by 2025. We have to phase out fossil fuel."

The climate envoy from the Marshall Islands said she was "worn out" but happy with the fund's approval.

"So many people all this week told us we wouldn't get it. So glad they were wrong," Kathy Jetnil-Kijiner said by email. Still, "I wish we got fossil fuel phase out. The current text is not enough."

COP27 kicks off in Egypt: Here are three things you need to know

(Cover images via VCG, with input from Reuters)