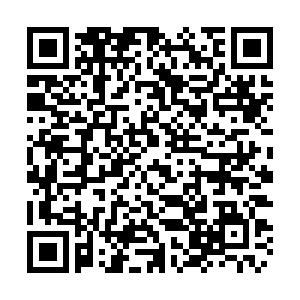 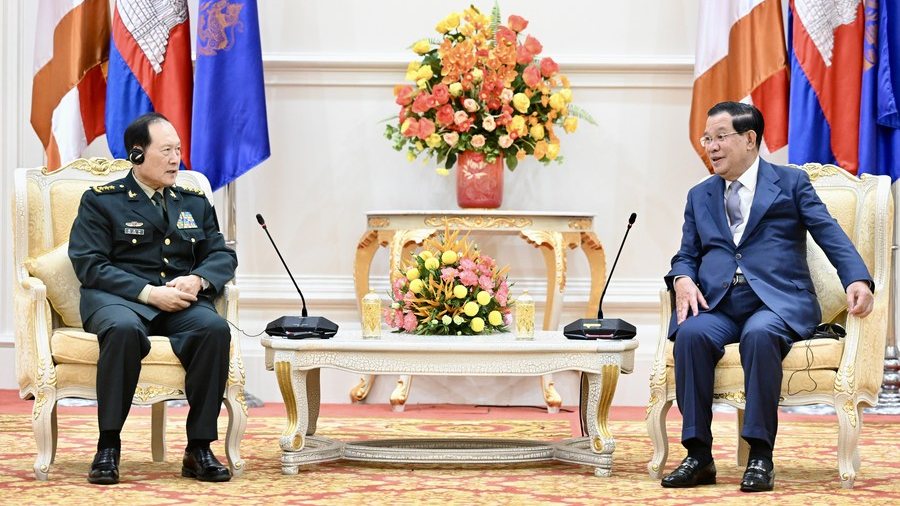 He made the remarks in a meeting with Cambodian Prime Minister Samdech Techo Hun Sen in Phnom Penh, Cambodia.

In recent years, the two militaries have overcome the influence of the COVID-19 pandemic and cooperated in the areas of high-level exchanges, mechanism construction, joint exercises and training, and talent cultivation, said Wei.

The Chinese defense minister hoped that both militaries can continue to deepen and expand communication and cooperation, making greater contributions to the development of China-Cambodia comprehensive strategic cooperative partnership and jointly maintaining regional peace and stability.

Noting that China and Cambodia are traditionally friendly neighbors who share a bond of brotherhood, Wei said that under the guidance of Chinese President Xi Jinping and Prime Minister Hun Sen, the construction of a China-Cambodia community with a shared future has been constantly advancing and bilateral relationship has grown stronger.

Wei also briefed Hun Sen on important achievements of the 20th National Congress of the Communist Party of China (CPC).

Hun Sen extended congratulations on the success of the 20th CPC National Congress and on President Xi's re-election as general secretary of the CPC Central Committee.

He also thanked the Chinese military for supporting and assisting the Cambodian military and hoped the two militaries can continuously enhance cooperation in various fields.

Lauding China's achievements in the past decade, the Cambodian prime minister said that China, as a major country with great influence in the world, maintains an unstoppable rising momentum.

Speaking of the time when Cambodia held the rotating chair position of the Association of Southeast Asian Nations (ASEAN), Hun Sen said the ASEAN-China relationship has reached an all-time high level and the Cambodian side actively pushes forward the signing of the Code of Conduct in the South China Sea and hopes to work with China to jointly safeguard peace and tranquility in the South China Sea.