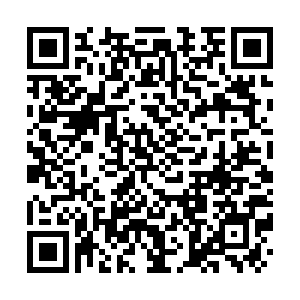 Chinese President Xi Jinping's attendance at the 17th Group of 20 (G20) Summit and the 29th Asia-Pacific Economic Cooperation (APEC) Economic Leaders' Meeting, as well as his visit to Thailand, sends a strong signal that China will continue to promote world peace and development, and deepen opening up and cooperation, said Chinese State Councilor and Foreign Minister Wang Yi on Saturday.

Wang told the media that it is widely acknowledged at home and abroad that in the face of a complex international situation, by promoting global development and leading global governance China has demonstrated its role as a responsible major country.

When addressing multilateral meetings and talking with leaders of other countries, Xi elaborated on the conclusions of the 20th National Congress of the Communist Party of China (CPC), Chinese modernization, win-win cooperation between China and the rest of the world, and championed the bright prospects of China's high-quality development and high-standard opening up, sending a strong signal that China would always advance world peace and development and deepen opening up and cooperation with other countries, Wang said.

The G20 Summit brought together world and regional countries and was a platform for international economic cooperation, Wang said.

At the summit, Xi called on all countries to embrace the vision of building a human community with a shared future, and to advocate peace, development and win-win cooperation, so as to replace division with unity, confrontation with cooperation and exclusion with inclusiveness, and make global development more inclusive and beneficial to all and more resilient.

Xi noted that modernization is not a privilege reserved for any single country, and frontrunners in development should help others develop, Wang said.

The Chinese president proposed building a global partnership for economic recovery and the International Cooperation Initiative on Global Food Security, and supported the African Union in joining the G20. Wang said this showed Xi cared for developing countries and remained committed to the vision that "development is real only when all countries develop together" in diplomatic actions, adding that this approach had received warm responses from developing countries.

APEC is the most important platform for economic cooperation in the Asia-Pacific region, Wang said.

Wang said that Xi wisely summarized the successful experience of Asia-Pacific economic cooperation, underlining that the Asia-Pacific is no one's backyard and should not become an arena for a big power contest. The Chinese president said no attempt to wage a new cold war will ever be allowed by the people or by the times.

Wang also noted Xi called for building an Asia-Pacific community with a shared future that is peaceful, stable, clean and beautiful, and a region where all are ready to help each other and that brings prosperity for all.

Xi also announced that China is considering holding the third Belt and Road Forum for International Cooperation next year to provide fresh impetus for the development and prosperity of the Asia-Pacific region and the wider world.

Xi held face-to-face meeting with U.S. President Joe Biden in Bali, where they had a candid and in-depth exchange of views on issues of importance in China-U.S. relations and in world peace and development, Wang said.

The Chinese foreign minister added that the first face-to-face meeting between the heads of state of the two countries over the past three years was constructive and strategic.

Wang said Xi stressed that China-U.S. relations should be viewed and handled from the perspective of grasping the general trend of the world, abandon the zero-sum mentality of "you lose, I win," and "you rise and I fall," and set a tone of exchanges featuring dialogue rather than confrontation and win-win rather than zero-sum relations.

The two sides should uphold the principles of mutual respect, peaceful coexistence and win-win cooperation to jointly ensure that bilateral relations stay on the right course without deviating, stalling, not to mention colliding, he added.

Wang noted that Xi urged the U.S. side to match its words with action and abide by its commitment to the "five noes" (not seek a new cold war; not seek to change China's system; the revitalization of its alliances is not against China; not support "Taiwan independence"; not look for conflict with China).

Biden said a stable and prosperous China was good for the U.S. and the world. The U.S. and China have a shared responsibility to show the world that they can manage their differences, and avoid misperceptions or fierce competition from veering into confrontation or conflict, Wang added.

The U.S. side reiterated its "five noes" commitment, and went on to state that the U.S. side does not support "two Chinas" or "one China, one Taiwan," does not seek to use the Taiwan question as a tool to contain China, and has no intention to seek "de-coupling" from China, to halt China's economic development, nor to contain China.

The trip to Indonesia was Xi's first overseas visit since the 20th CPC National Congress, reflecting the high-level and special nature of China-Indonesia relations, said Wang.

After a meeting between Xi and Indonesian President Joko Widodo, the two countries released a joint statement, signed the new five-year Plan of Action for Strengthening the Comprehensive Strategic Partnership between China and Indonesia and forged important consensus on striving towards building a China-Indonesia community with a shared future, Wang said.

The two leaders also witnessed the trial operation of the Jakarta-Bandung High-Speed Railway, which will cut travel time between Jakarta and Bandung to 40 minutes from more than three hours, he added.

The two sides agreed to build a more stable, prosperous and sustainable China-Thailand community with a shared future, adding new dimensions to their family-like relations.

During the 17th G20 Summit and the 29th APEC Economic Leaders' Meeting, Xi met with leaders of various countries and international organizations. In response to their concern about the Ukraine crisis, Xi reiterated "the four points" that must be done and "the four things" the international community must do together in response to the situation in Ukraine, Wang said.

The Chinese president also shared three important thoughts: First, conflicts and wars produce no winner; second, there is no simple solution to a complex issue; and third, confrontation between major countries must be avoided.

Underlining that China would continue to make objective and fair judgments based on the merits of the issue itself, Xi said China had always stood on the side of peace and would continue to promote peace talks.

During Xi's trip, the Chinese foreign minister said, Professor Peng Liyuan, Xi's wife, participated in a series of activities together with the spouses of other leaders and representatives attending the G20 Summit and the APEC meeting, which played a unique and positive role in boosting China's international image.