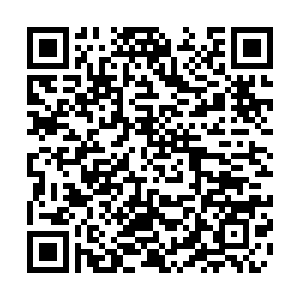 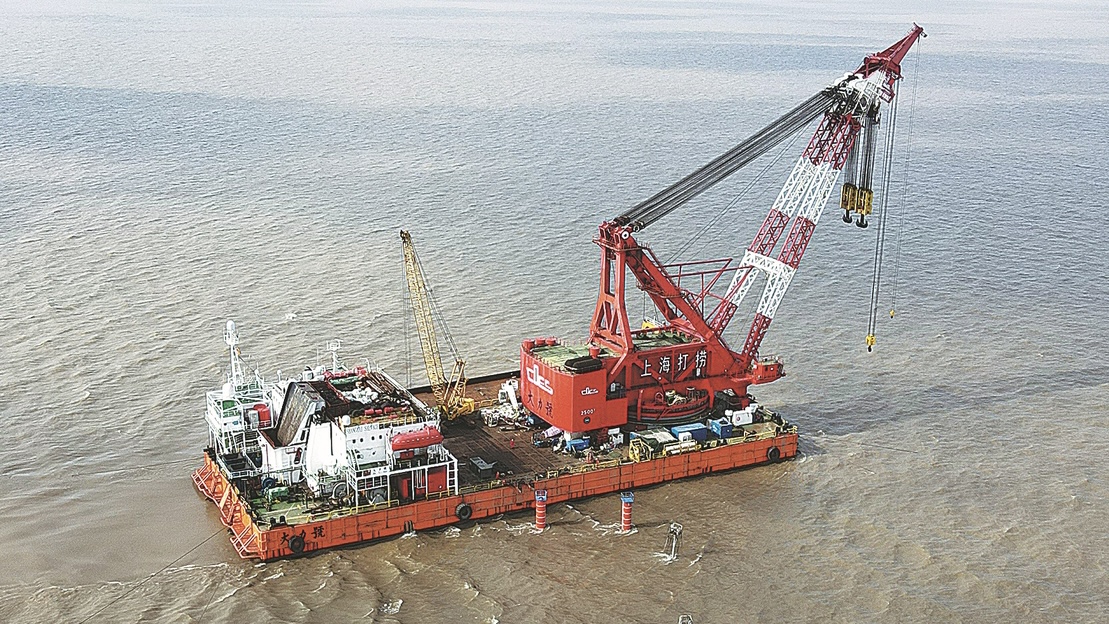 Buried underwater for around 150 years, one of the largest and best-preserved wooden shipwrecks in China was lifted at midnight on Sunday in the waters northeast of Shanghai's Hengsha Island.

During the hoisting operation, the "Yangtze River Estuary No. 2" surfaced as it was wrapped and protected by an 8,800-tonne semi-cylindrical caisson supported by 22 giant arc-shaped beams.

The shipwreck will soon be transferred to a dock near the Huangpu River for further preservation and archaeological research, according to local authorities.

With its hull submerged at a depth of 5.5 meters below the seabed, the shipwreck measures about 38.5 meters long and 7.8 meters wide at its broadest point. It was a merchant vessel during the reign of Emperor Tongzhi of the Qing Dynasty (1644-1911).

The ship had 31 cabins and was loaded with a large number of exquisite cultural relics, like porcelain made in the kilns of Jingdezhen, a world-famous "porcelain capital" in east China's Jiangxi Province.

The relics show that there were constant cultural exchanges between China and the West, Liu Zheng, a member of the China Cultural Relics Academy, told the Global Times.

For instance, the rare green glaze porcelain produced in China's Jingdezhen, derived inspiration from European porcelain-making techniques, according to Liu. 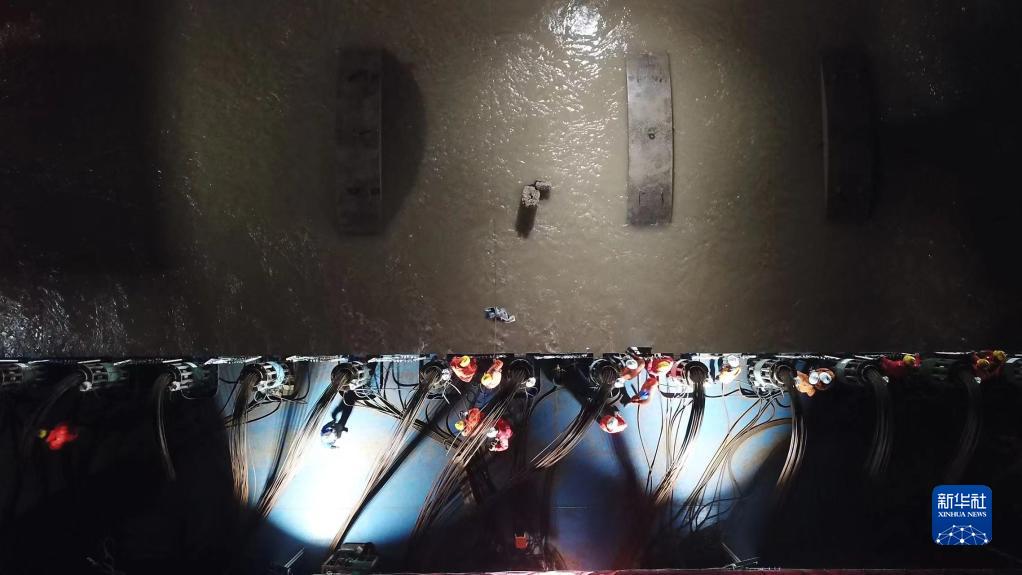 The mast of the ancient boat emerged from the water, November 21, 2022. /Xinhua

The mast of the ancient boat emerged from the water, November 21, 2022. /Xinhua

In 2011, Shanghai Municipal Cultural Heritage Administration (SMCHA) began conducting a survey of the city's underwater cultural heritage, and in 2015, the Yangtze River Estuary No. 2 was detected by technologies including sonar scanning.

After more than six years of underwater survey and exploration, archaeologists confirmed the Yangtze River Estuary No. 2 as a wooden sailing ship.

The operation to salvage and relocate the sunken ship began this March when the National Cultural Heritage Administration and Shanghai municipal government jointly announced the launch of the Yangtze River Estuary No. 2 cultural relic protection project.

The project adopts the first technology in the world that uses arc beams to produce non-contact migration of cultural relics to salvage the ancient ship.

Meanwhile, a maritime museum will be built there for the shipwreck, where the cargo, boat structure and even the mud attached will be subjects of archaeological research, according to the local government. 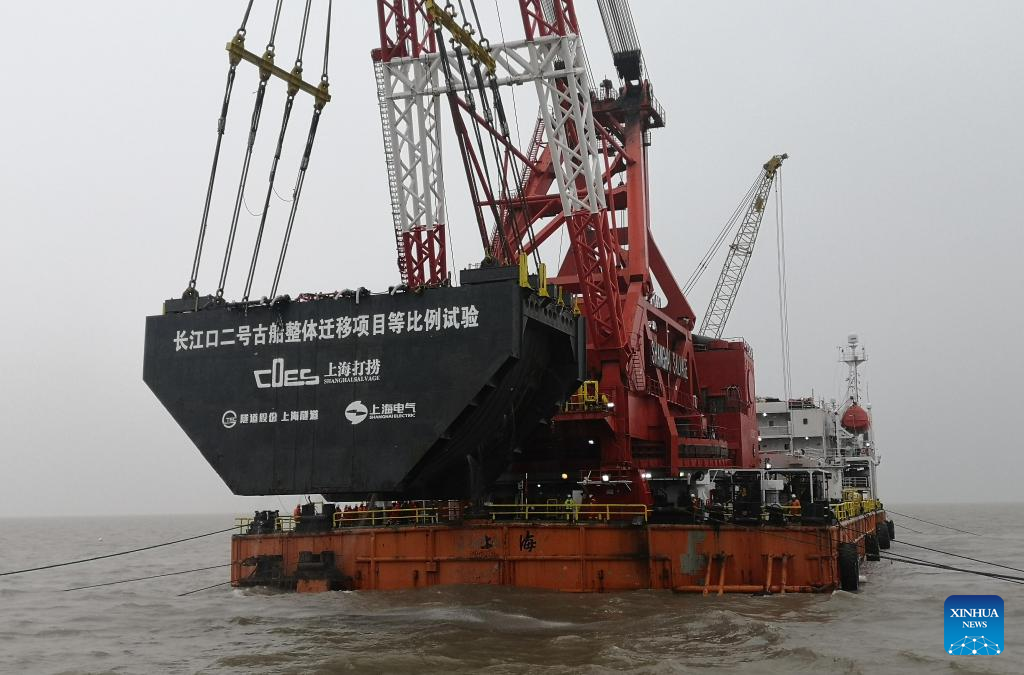 A testing operation for salvage of the Yangtze River Estuary No. 2 in east China's Shanghai, January 26, 2022. /Xinhua

A testing operation for salvage of the Yangtze River Estuary No. 2 in east China's Shanghai, January 26, 2022. /Xinhua

The hoist of the Yangtze River Estuary No. 2 is a milestone in China's underwater archaeology history. With a large number of cultural relics onboard, it provides support for the research on shipbuilding technology of large wooden sailboats, as well as the studies of ceramic and economic history in the Qing Dynasty, according to experts.

The archaeological finding of the Yangtze River Estuary No. 2 expands understanding of history, as it is a witness to Shanghai's position as a world trade and shipping center in modern times, as well as the node of the Belt and Road, Fang Shizhong, head of the SMCHA, told Xinhua.

It is the first case in China in which excavation, research and museum construction are carried out simultaneously for a shipwreck, Fang noted.