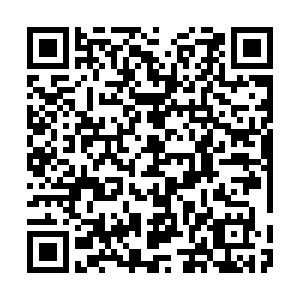 A demonstration of how the de-orbiting sail device unfolds on the ground. /Affiliate of China Aerospace Science and Technology Corporation

A demonstration of how the de-orbiting sail device unfolds on the ground. /Affiliate of China Aerospace Science and Technology Corporation

Hundreds of millions of items of human-made debris are continually circling Earth, including broken rocket bodies, defunct satellites and fragments from orbital collisions as the number of rocket launches and space activities have been growing. Keen to tackle the space-junk problem, Chinese aerospace scientists have managed to use a large "sail" to de-orbit spacecraft at the end of their life.

The de-orbiter is a sail-like device made of a thin film, the thickness of which is less than one tenth of the diameter of a hair. Folded, it is approximately the size of an adult's palm, but it can cover an area of 25 square meters when unfolded. When a spacecraft is decommissioned, the sail onboard can be automatically opened. Once deployed, it will increase the effects of air friction, slowing the spacecraft in orbit and speeding up its descent into Earth's atmosphere, where it will burn up.

Scientists have already tested the technology on space missions. The latest example is the launch of a Long March-2D carrier rocket in southwest China on June 23, which sent three satellites into orbit. A deorbiting sail attached to the rocket unfolded three days later.

This event marked the first time that a large deorbiting device has been deployed in such a way, according to the Shanghai Academy of Spaceflight Technology, which made the device.

"The use of the sail device will help release precious orbital resources," said Li Yide, head of the academy. 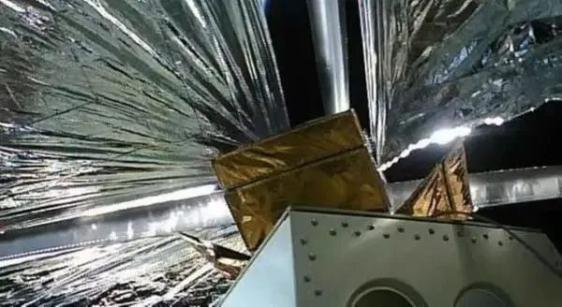 The de-orbiting sail device of a payload on the Long March-2D Y64 carrier rocket unfolds in the space. /Affiliate of China Aerospace Science and Technology Corporation

The de-orbiting sail device of a payload on the Long March-2D Y64 carrier rocket unfolds in the space. /Affiliate of China Aerospace Science and Technology Corporation

Li gave the example of a 15-kilogram satellite at an altitude of 700 kilometers, saying that without deorbiting measures, the satellite would continue in orbit for 120 years after the end of its service life. However, by deploying a 2-square-meter sail on the satellite, its time in orbit can be cut to less than 10 years, Li said.

Unlike traditional space-junk removal methods, such as robotic arms, tethers and nets, the de-orbiter can reduce space-junk without additional fuel consumption. It only requires a small amount of electricity to function, the scientist noted.

Li's academy has studied the sail technology for more than 10 years, and its products can now meet the deorbiting requirements of various spacecraft, from micro-nano satellites to large launching vehicles, which can weigh several tonnes.

The sail device was put on display to the public at this year's Airshow China.

China has intensified research efforts in recent years to reduce the risk of in-orbit collisions and ensure sustainable human activity in space. Apart from testing new technologies in the area of space-debris cleaning, the country also vows to improve space-debris monitoring and expand the space environment governance system with a planned near-Earth object defense system.