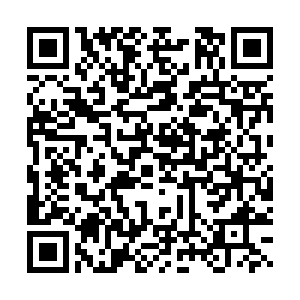 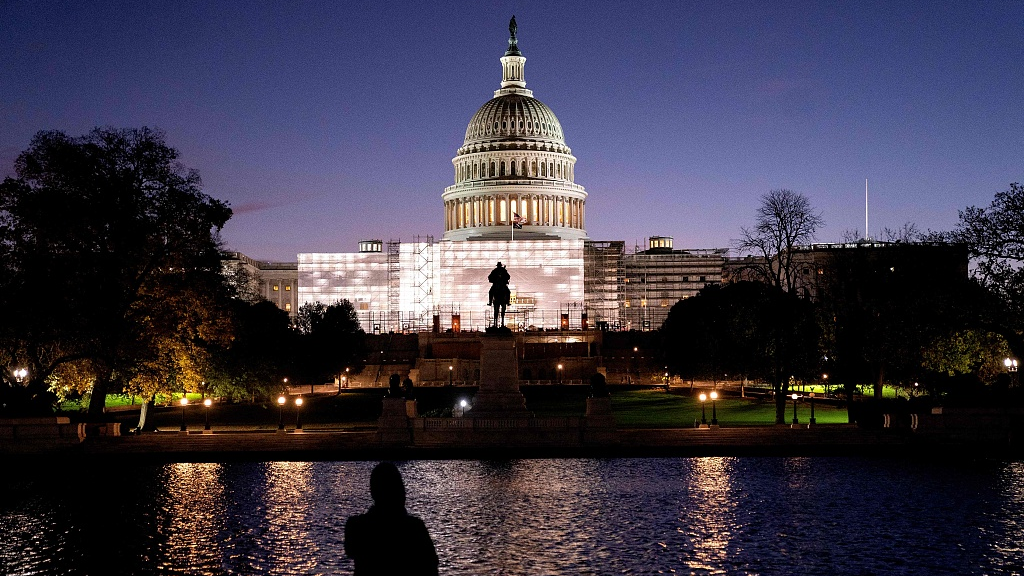 This file photo taken on November 8, 2022 shows the U.S. Capitol on the morning of the U.S. midterm election in Washington, D.C., United States. /CFP

This file photo taken on November 8, 2022 shows the U.S. Capitol on the morning of the U.S. midterm election in Washington, D.C., United States. /CFP

Editor's Note: Dr Sun Taiyi is an assistant professor of political science at Christopher Newport University, U.S. He is also the executive editor of the Global Forum of Chinese Political Scientists' main publication Global China. The article reflects the author's opinions and not necessarily those of CGTN.

The Biden administration appeared to be satisfied with the outcome of this midterm election, albeit losing the House to the Republicans. Indeed, a "red wave" did not materialize, and there are signs of relief for the Democrats as they get to control the Senate for at least the next two years. However, all the hyped-up expectations of the "red wave" were created by the mainstream media and the pollsters. It is easy to overlook that the Biden administration had great potential and good cards in hand and could have done a lot better, especially with the motivated constituency following the overturning of "Roe vs. Wade" and with the presence of the self-destructing Trump wing of the Republican party. The Biden team, due to its fear of angering different groups within the party, lacked the courage to make the right decisions. And as a result, multiple groups were alienated, which could come back to bite the Democrats in two years if not carefully tended to.

The polling results of the U.S. registered voters consistently indicate that the economy is the most important issue, and inflation is likely the main concern. The most impactful and easiest solution has always been there right in front of our eyes – removing the incoherent and failing "Trump tariffs." Biden could have denounced and removed the "Trump tariffs" on day one and claimed a political and economic victory. Such a move would not only provide an abundant supply of goods and services that the average American consumers need, but it could also stabilize China-U.S. relations, creating a more suitable external environment so that the Biden administration could focus on its domestic agenda.

However, in the name of national security with the hope of retaining some bargaining chip during trade negotiations, the Biden administration forwent the opportunity of doing the right thing and threw the Democratic Party and American consumers in general under the bus – why would tariffs on Chinese bikes and toys be significant to U.S. national security? Let alone the high opportunity cost for the U.S. workforce when much higher value-added jobs are available, and employers are in desperate need to hire.

The Biden administration and the Democratic Party have been taking this demographic for granted, thinking that once there is a large enough Latino voter block, the Democrats would have structurally secured the American electoral system. There was not a sufficient level of organizing among the Latino population, and much of the policy achievements done by this administration were not promoted sufficiently, fearing any spending-related legislation would remind voters of the high inflation.

More importantly, the Democratic Party assumes that all Latinos favor immigration, whether legal or illegal. Nevertheless, plenty of first-generation Latinos arrived in the U.S. legally and do not want the border towns many reside in to be out of control. Why can't the Biden administration just announce that it is for border security and the humane treatment of asylum seekers simultaneously? There is plenty of policy space between having strong and strict border security and protecting the fundamental dignity of asylum seekers. Some tough talk could serve as signals to discourage people who think illegal immigration is easy; humane actions can still assist and protect those in need.

In addition, the U.S. economy might be experiencing a labor shortage, and some immigrants might just be the best solution to the problem if a well-designed training and matching system could be publicized and implemented. Now, many Latinos and even African Americans are moving away from the Democrats due to the ruling party's lack of courage and inaction. Having Ron Desantis winning the Latino majority and even winning Miami-Dade County, where Hillary Clinton beat Donald Trump by 29 percentage points, is a sign of potential structural change.

When inflation is high, the Biden administration was persistent in introducing the student loan forgiveness plan that is primarily not means-tested. Individuals taking student loans are not necessarily the people in greatest need. However, even if such a plan is purely for political reasons to motivate the younger generation to vote, it might not necessarily increase voter enthusiasm for Democratic candidates. Nonetheless, taxpayers' money, which could be spent in much more effective ways and with different timing, is further pumped into the economy already suffering from high inflation. The Biden administration got lucky because many young people turned out to support the Democrats while the courts later halted the loan forgiveness plan – in a way, the benefits are reaped, and the cost of increased inflation could be temporarily avoided.

The "Trump" on the left

Biden, during his 2020 run, wanted to unite the country and bring back the soul of the nation. Based on how people voted during this midterm election, it is clear that Biden's policies have further polarized the U.S., and even fewer people are voting split tickets than before. The Trump-type "motivating the base" strategy does not work well for Biden and is back-firing and alienating important groups. The Biden team's lack of courage to do the right things and take the necessary steps and its continued pandering to a small group of special interests is pushing a significant number of potential voters to vote for the Republicans.

Unfortunately, all of the good work done by the January 6 committee to restore faith and trust in American institutions might be in jeopardy due to the above-mentioned failures by the Biden administration and the Democrats. Republicans will seek revenge now that they have control of the House – primarily driven by Trump – and will play the China card against Biden and his family. Hunter Biden's business dealings with any individual or entity remotely related to China would be scrutinized. The investigation of COVID-19 origins would resume, and why Biden stopped the investigation, which was initiated by Mike Pompeo, the secretary of state under Trump, would be a part of the inquiry. The Kevin McCarthy-led new House will not only make China-aggressive legislations just so that Biden could veto them to lose political capital but will also intensify actions that would escalate China-U.S. tension so that the Biden administration would be stuck in quagmires constantly – routinizing congressional delegations to China's Taiwan region led by high-level legislators would be an example.

To lead with courage

Governing without courage has created a dire situation for the Biden administration both domestically and abroad, and many within the administration seem to be overlooking the challenges. The U.S. is more polarized, and the international environment is more unstable. Even U.S. allies such as the EU, South Korea, and Japan are unhappy with Biden's Inflation Reduction Act as the $369 billion spending package does not really have the global community in mind and only the narrow constituency that Biden values would benefit.

Now that Biden might be thinking about a 2024 run, it is time to regain the courage to do the right things for the American people and the international community we all cherish.