Download
Cuban president to pay state visit to China from Nov. 24 to 26
CGTN 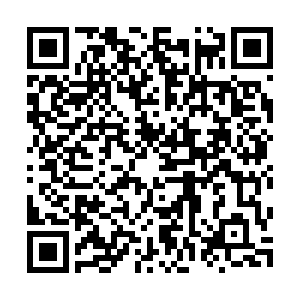 Miguel Diaz-Canel Bermudez, first secretary of the Communist Party of Cuba Central Committee and Cuban president, will pay a state visit to China from November 24 to 26 at the invitation of Xi Jinping, general secretary of the Communist Party of China (CPC) Central Committee and Chinese president, Chinese Foreign Ministry spokesperson Hua Chunying announced on Monday.

Diaz-Canel will be the first head of state from Latin America and the Caribbean to visit China since the 20th National Congress of the CPC, which concluded weeks ago.

Noting Cuba is the first Latin American and Caribbean country of the Western Hemisphere to establish diplomatic relations with China, Mao Ning, another spokesperson for the Chinese Foreign Ministry, told a press briefing Monday afternoon that China and Cuba are "good friends, good comrades and good brothers who trust each other and share a common destiny."

Over the past 62 years since the establishment of diplomatic relations between the two countries, China and Cuba, in the face of international changes, have worked hand in hand in the building of socialism with their own national characteristics, supported each other on issues concerning their own core interests, and coordinated closely on international and regional issues, said Mao.

The two countries have set an example of solidarity and cooperation between socialist countries and of sincere mutual assistance between developing countries, she said.

"I believe President Diaz-Canel's visit will inject new impetus to the development of China-Cuba relations, promoting the traditional friendship and boosting friendly-cooperation between the two countries," said Mao.