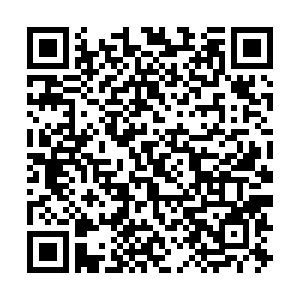 Chinese President Xi Jinping and Jamaican Governor-General Patrick Allen on Monday exchanged congratulations on the 50th anniversary of the establishment of diplomatic relations between the two countries.

In his congratulatory message, Xi noted that Jamaica was one of the first countries in the English-speaking Caribbean to establish diplomatic relations with China.

Over the past 50 years, China and Jamaica have maintained a good momentum in the development of their relations, with deepened political trust and fruitful cooperation between the two sides and profound friendship between the two peoples, he said.

The two countries have stood side by side and supported each other in the face of the COVID-19 pandemic, giving new impetus to the friendship and bilateral cooperation, said the Chinese president.

"I attach great importance to the development of China-Jamaica relations," he said.

"I am ready to work with Governor-General Allen to take the 50th anniversary of the establishment of diplomatic relations between the two countries as a new starting point to deepen cooperation across the board and advance the joint building of high-quality Belt and Road as so to take China-Jamaica strategic partnership to a new level and build a China-Jamaica community with a shared future in the new era."

Allen said since the establishment of diplomatic relations, Jamaica and China have seen their ties keeping developing and their cooperation in various fields making remarkable achievements, which is encouraging.

The Jamaican side is willing to continue to strengthen cooperation with China to further deepen the strategic partnership between the two countries, he said.

Li said that Jamaica is an important partner of China in the Caribbean region and China is ready to work with it to promote a closer and sounder China-Jamaica strategic partnership for the benefit of the two peoples.

Holness said that the Jamaican side highly appreciates the valuable support China has provided for its economic growth and social development.

Jamaica is ready to continue to strengthen cooperation with China to ensure that the strategic partnership between the two countries will benefit the two peoples, he added.