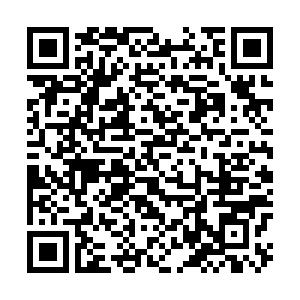 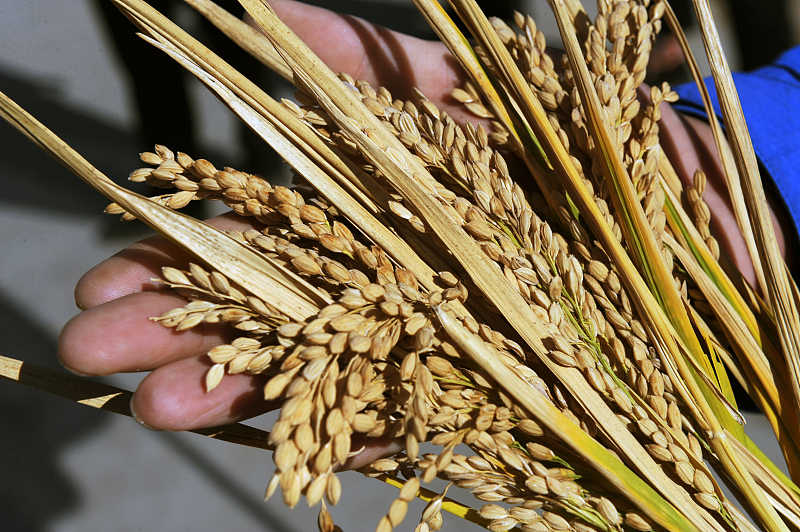 China sees consecutive crop yields growth as fall harvest nearly comes to an end with 98.1 percent completed, according to the agricultural census schedule by the Ministry of Agriculture and Rural Affairs.

Among the harvested areas, some saline-alkali lands in central and north China yield more than expected.

Chang Yingchun and his wife Liu Huanmei were happy as they cabined their grains while drying the corn kernels in their yard.

The farmer couple from Horqin Left Wing Middle Banner in Tongliao City of north China's Inner Mongolia Autonomous Region harvested a total of 55,000 kilograms of corn from 60 mu (about four hectares) of farmland this year with yield averaged at 900 kg yield per mu.

The region where they live had up to 1.9 million mu of widely distributed saline land. The average corn yield was less than 400 kg per mu and some plots with severe salinization had been left abandoned for a long time, resulting in low income for the locals.

Salinization of soil lowers crop productivity and induces land degradation as the high concentrations of salts in the earth interrupts plants' development, making them unable to absorb water, nutrients and micro elements.

It was estimated by the Food and Agriculture Organization of the United Nations in 2019 that 20 percent of the world's irrigated land is affected by salinity.

Since 2020, the Horqin Left Wing Middle Banner has encouraged co-education projects that link farmers with sci-tech institutes to transform 20,000 mu of saline-alkali land into high-yield farmland.

A more severe soil salinization occurs in the agricultural lands alongside the Yellow River. Among the 540,000 mu of agricultural land at Fan County in Puyang City in central China's Henan Province, up to 63 percent is salinized with salt salinity at 6 percent.

The area enhanced the soil salinity of farmland through water management practices such as digging canals from the Yellow River to dilute the salt concentration.

Nowadays, 180,000 mu of farmland have been enhanced to salt salinity at 3 percent.

The area's farmer Gu Huajun said that his rice field averaged at 650 kg per mu, up 100 kg from a year before.

In addition to land management, China is also actively cultivating crops that are salt-tolerant to enhance crop yield.

The country has set up several national-level innovation centers for salt-tolerant rice cultivation.

"Song Geng-60," a rice type developed by a team from the northeast center lab, averaged 516.8 kg per mu of highly concentrated saline land – the pH of the soil is at 8.7.

Other five types of crops have been tested on 8.7 million mu of farmland, contributing to 10 percent of increase in average yield.