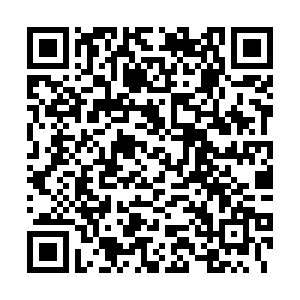 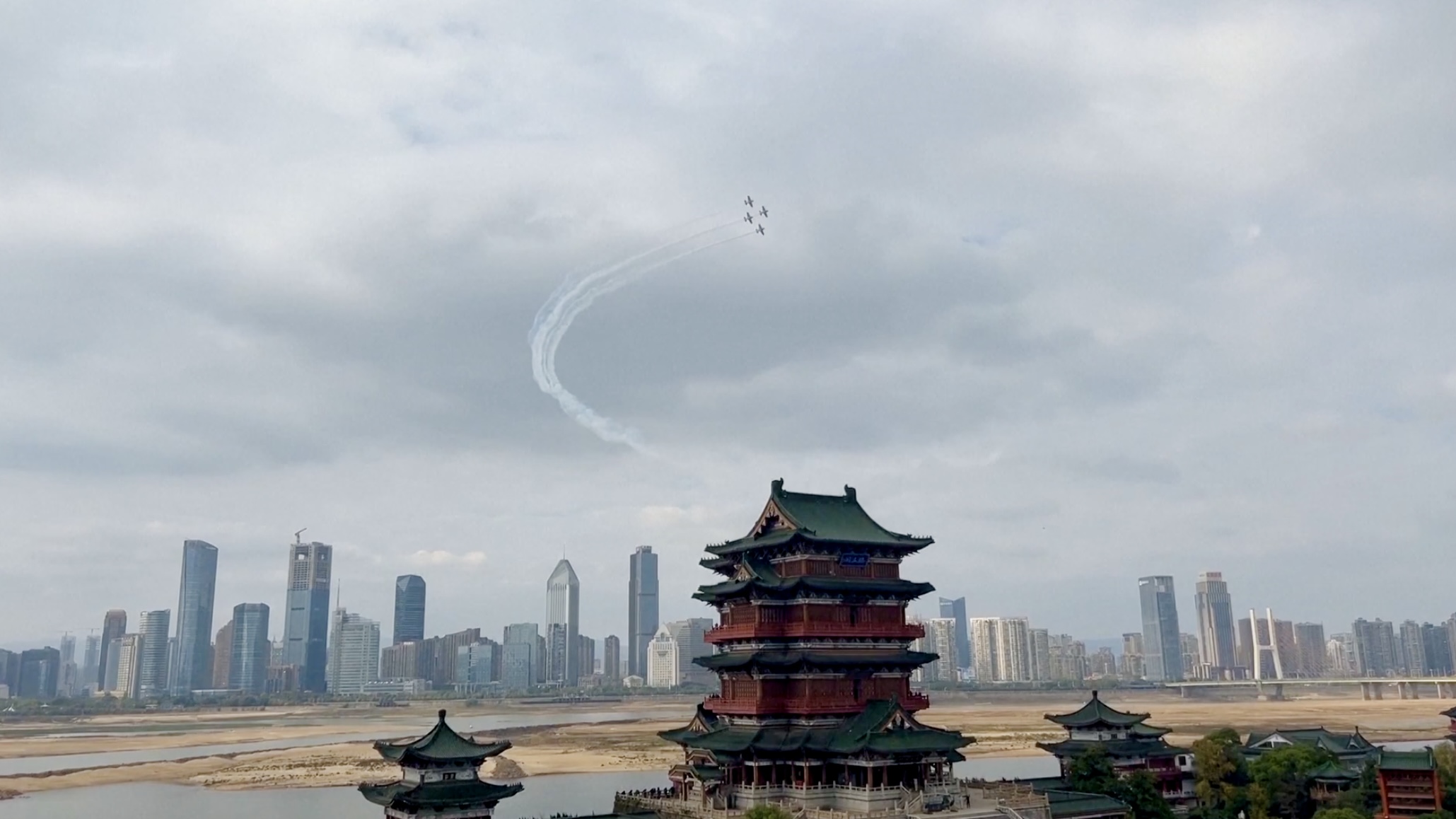 A South African aerobatics team presented a stunning performance on Wednesday over the Tengwang Pavilion in eastern China's Nanchang City, as one of the activities of the upcoming Nanchang Air Show. Four XA-41 aircraft of the Marksmen Aerobatic Team took off from Yaohu Airport and flew to the sky over the river and pavilion, leaving colorful contrails in the air.

The Tengwang Pavilion is one of the Three Great Towers of southern China, which was first built in 653 during the Tang Dynasty. The performance marked the first time for the aerobatic aircraft formation of the Nanchang Air Show to perform in the sky of the city.