Download
Will the trees again give the woodsman a shaft for his axe?
Xin Ping 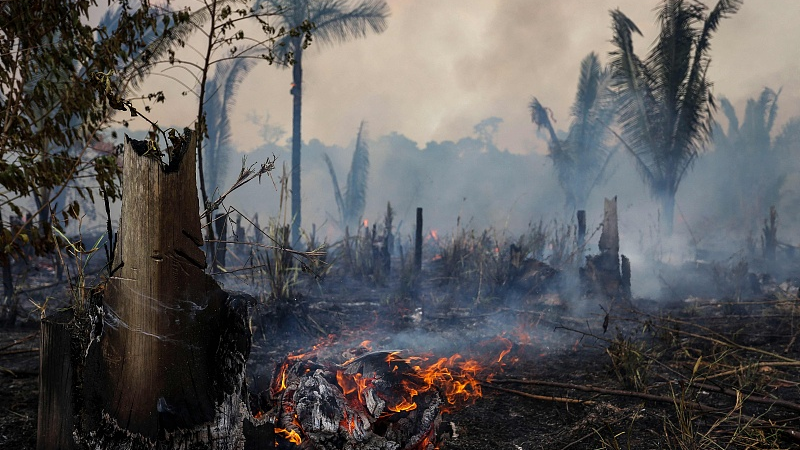 View of a burnt of the Amazonia rainforest in Brazil, September 21, 2022. /CFP

View of a burnt of the Amazonia rainforest in Brazil, September 21, 2022. /CFP

A woodsman went into the woods and talked the trees into giving him a shaft. No sooner had he made it into a new handle for his axe that he set to fell the trees one after another.

"The Trees and the Axe" is a famous fable by Aesop. But the story risks becoming a reality.

The "woods" in the current case is the Amazon rainforest, the "lungs of the earth." Home to 10 percent of the world's known species and over 30 million people of 350 indigenous and ethnic groups, which is facing unprecedented challenges due to intervention by uninvited "woodsmen."

Around 60 percent of this vast tropical jungle lies in Brazil. The U.S. and some of its Western partners however have been touting the idea that the "Amazon is not Brazilian, but an international asset." They have tried to impose their will on Latin American countries in the conservation of the Amazon, and to take the latter's development hostage under the pretext of tackling climate change.

Playing the climate card in dealing with Latin America is a familiar tactic of the U.S. During his presidential campaign, U.S. President Joe Biden vowed to pressure Brazil to protect the Amazon.

"President Bolsonaro should know that if Brazil ceases to be a responsible guardian of the Amazon Rainforest, my administration will unite the world to ensure that the environment is protected," said Biden. During the heavily criticized and boycotted Summit of the Americas in 2022, Brazil's President Jair Bolsonaro hit back at the threat, calling it a challenge to Brazil's sovereignty.

The U.S. also endorsed a draft resolution at the UN Security Council last December, which called for integrating climate-related security risk into conflict-prevention strategies. The draft resolution, which was rejected, failed to address either emission reduction or climate finance for mitigating the effects of global warming.

When was the last time that the U.S. contributed to global conflict prevention? Was that in Syria or Libya? Would the Americans welcome an international fire brigade consisting of foreign military forces to tackle wildfires in California?

NATO has also signed on to the climate plot of the U.S. in Latin America. According to recent reports, the U.S. will deploy 12 Black Hawk helicopters to Colombia in the name of helping to protect the Amazon. NATO is also in conversation with Colombia over providing "technological support."

But why should a North-Atlantic military organization become interested in forest protection in South-Atlantic nations? The most possible answer, as some critics have pointed out, is that the U.S. and NATO want to force Latin Americans to fall in line with their geopolitical strategy and to serve as their outpost. 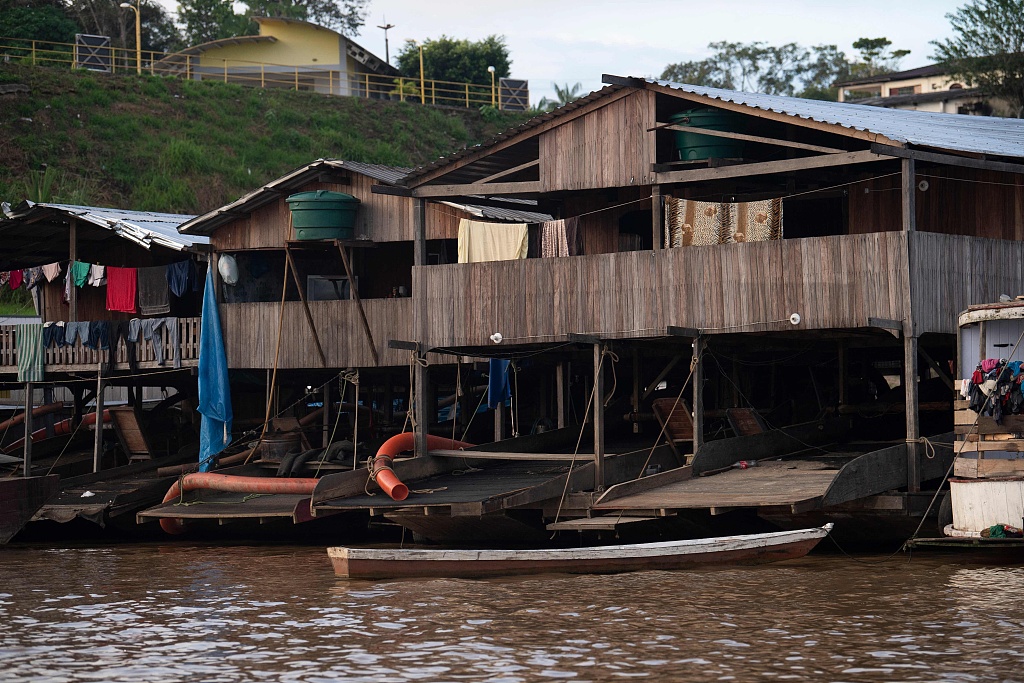 The boat of an illegal gold miner was seen at the port area of Manicore in the Amazon rainforest, Brazil, June 7, 2022. /CFP

The boat of an illegal gold miner was seen at the port area of Manicore in the Amazon rainforest, Brazil, June 7, 2022. /CFP

But the woodsmen's hypocrisy is evident. Activities that could cause biodiversity loss and deforestation in the Amazon have been primarily sponsored by those countries vowing to protect the rainforest by increasing their presence there.

According to a report by Amazon Watch and the Association of Indigenous Peoples of Brazil (APIB), American and European banks have invested $14.8 billion in mining companies operating in the Amazon. Top investors include French bank Credit Agricole, German Commerzbank, Japan's SMBC Group, and American Citigroup, Bank of America, Capital Group, BlackRock, and Vanguard.

Apparently, businessmen in these countries are doing the opposite of what their politicians say. In 2019, Norway and Germany threatened to cut financial support for Brazil's environmental protection efforts due to the high deforestation rate in the Amazon. But according to a BBC report in 2017, Norway is the single largest shareholder of Hydro, a mining company that was found by the Public Prosecutor's Office of Brazil to be polluting the Amazon Forest.

A Deutsche Welle report in 2021 revealed that German banks, including Commerzbank, DZ bank and Deutsche Bank, have financed controversial mining projects in Brazil. In brief, Western politicians have gained public support by exploiting environmental issues, while their bankers are getting their snout in the trough. Both have gotten the "shaft" for their axe.

Western countries have not only failed to honor their climate finance commitment to developing nations, but placed the responsibility for environmental protection on the latter. The "trees" have proven their capacity for flourishing and yielding fruit. It is time that they stand up to the woodsmen.