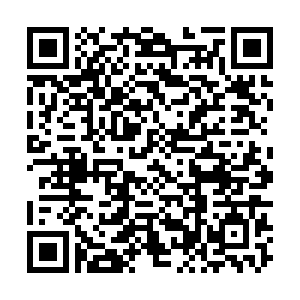 The world marks the International Day for Elimination of Violence Against Women on Friday, as domestic violence continues to be a global pandemic affecting up to 70 percent of women in their lifetime.

And since COVID-19 broke out, the violence has increased.

Nearly half of women reported that they or a woman they know has experienced a form of violence, and 70 percent of women said they think that verbal or physical abuse by a partner has become more common. 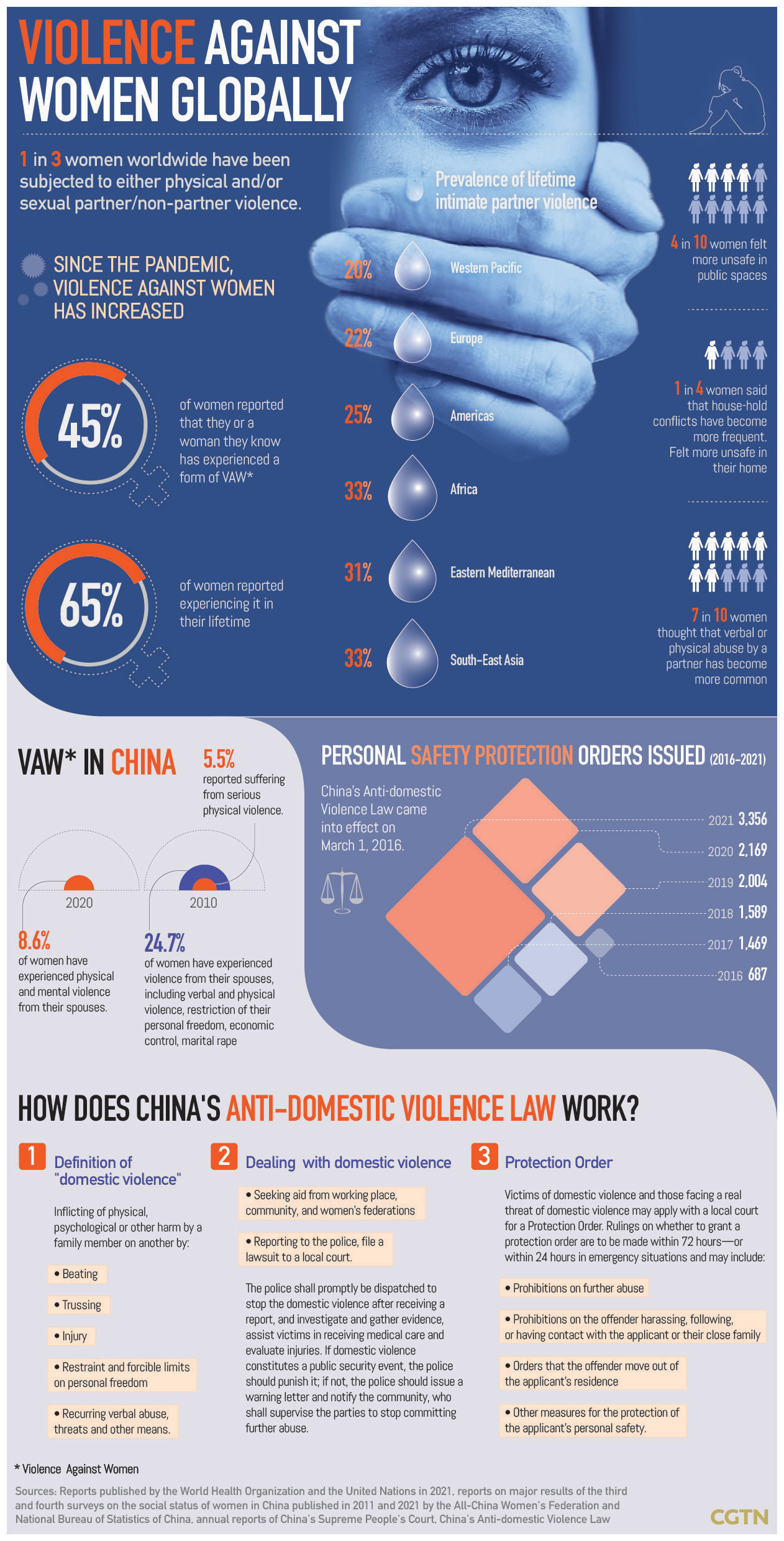 Six years ago, China's first Anti-domestic Violence Law came into effect. It clearly details measures to protect women, such as the issuing of a warning letter and a protection order. Since then, unprecedented efforts have been made to increase awareness and prevent and eliminate violence against women.

A survey by the All-China Women's Federation and National Bureau of Statistics in 2010 found that 24.7 percent of Chinese women had experienced domestic violence in their lifetime, and among them 5.5 percent suffered serious injuries. A decade later, the latest survey found that 8.6 percent of women have experienced physical and mental violence from their spouses.

In July, the Supreme People's Court released the Provisions on Several Issues Concerning the Application of Law in Handling Cases of Personal Safety Protection Orders, making it clear that personal safety protection order cases are not dependent on civil litigation procedures such as divorce. And the provisions lowered the threshold of proof collection and further specified types of behavior that can be identified as evidence of domestic violence.

How two women deal with fear, abuse and divorce in China