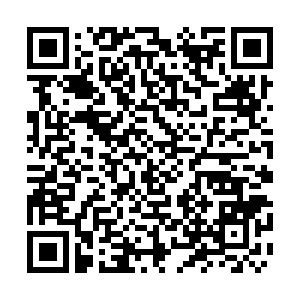 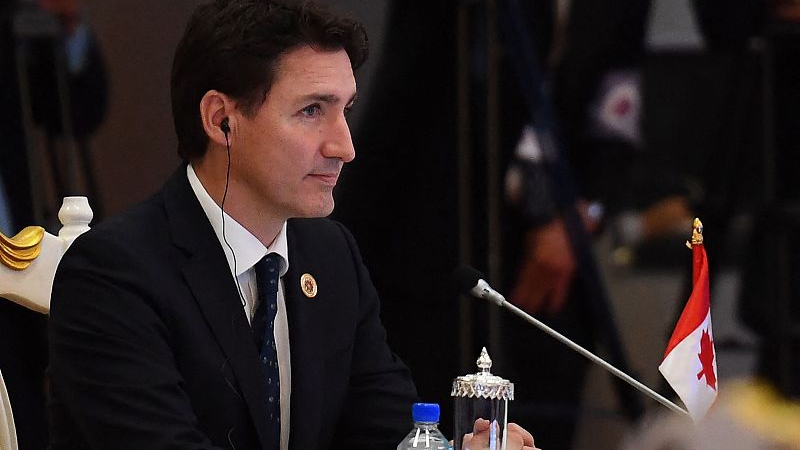 Canada unveiled its "Indo-Pacific Strategy" on November 27 which targets China in the Asia Pacific. The strategy involves building up naval capabilities and engaging in cyber security operations against China. Ottawa seeks to divide the region and undermine peace.

The strategy offers nothing constructive for the Asia Pacific region, and its 26-page document reveals a myopic vision for regional peace in the absence of joint cooperation mechanisms. It's another attempt by the Justin Trudeau administration to pursue hostilities with Beijing as it targets a region known for its commitment to neutrality, apolitical cooperation and joint efforts to promote prosperity.

Canada has chosen to pursue its narrow parochial interests over collective peace.

The flawed strategy sets out 2.3 billion Canadian dollars ($1.7 billion) for boosting Canada's military presence and cyber security while tightening foreign investment rules and preventing Chinese companies from accessing critical mineral supplies. Nothing in the strategy speaks of expanding economic ties with the Association of Southeast Asian Nations (ASEAN) region or promoting joint mechanisms for conflict resolution, which is critical for regional development. The strategy ignores the historical relationships between China and Asia Pacific countries that form the bedrock of China's foreign policy.

China-ASEAN dialogue mechanisms have dated back to 1991 and strategic partnerships for peace and prosperity in 2003. Elevating existing partnerships to implement practical steps for sustainable development and economic resilience have also taken place in 2022 including understandings reached at the ASEAN Plus Three meeting in Cambodia in 2022 involving decarbonizing economies by 2030 and enhancing green and sustainable development. These mutually beneficial partnerships were reached in the absence of coercion and aggression.

There is no appetite in any regional country to engage in military confrontations, surveillance operations and economic coercion with China according to their respective foreign policies. Several Asia Pacific countries have borne the brunt of heightened military tensions due to American military presence in the region. 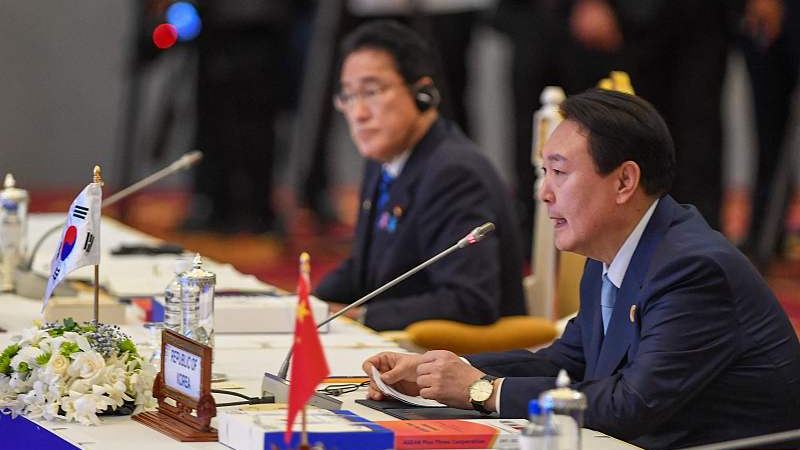 The crass lack of acknowledgment from Canada is staggering. Contrary to the misguided notions promoted by the Trudeau administration in the "Indo-Pacific Strategy," relations between China and the Asia Pacific have strengthened the international order by boosting trade ties and joint visions for peace.

Unlike Canada, which has had an unknown presence in the region and is pursuing cold war mentalities, high level political dialogues have taken place between China, Japan and South Korea with South Korean President Yoon Suk-yeol calling for three-way dialogue to address issues such as security and climate change in November 2022.

Canada's ally the United States has threatened to upset the status quo in the Taiwan Straits and carried out naval adventurism to pursue deterrence in the region.

To label China as "disruptive" and looking to reshape the international order for national self interests are incorrect. Canada has chosen to bypass values that define the foreign policies of Asia Pacific states or core principles, which guide multilateral and bilateral cooperation between countries that are based on respect and integrity. Canada's claims to adopt a strategy, which is realistic and clear eyed of the current profile of China and that's a misnomer.

The strategy also calls out "China's foreign interference" in other sovereign states affairs without citing any evidence of China attempting to initiate regime change or coerce governments in the Asia Pacific to pursue bloc politics. Canada is promoting bloc politics by claiming to work closely with the United States and EU while expanding its naval presence in the region, increasing military engagements and building up intelligence capacity for increased surveillance operations.

The Trudeau administration ignores how surveillance against another sovereign state breeds mistrust in a region known to eschew nefarious designs. The strategy reveals Canada's long held objective to pursue reckless competition with China on the economic front.

Canada's "Indo-Pacific strategy" does nothing to promote peace, cooperation and prosperity in the Asia Pacific with its aggressive orientation and nefarious designs. It's polarizing, divisive and discordant.