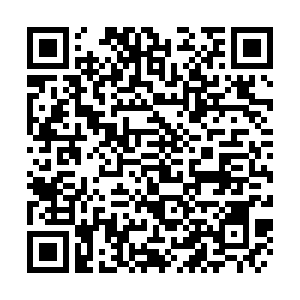 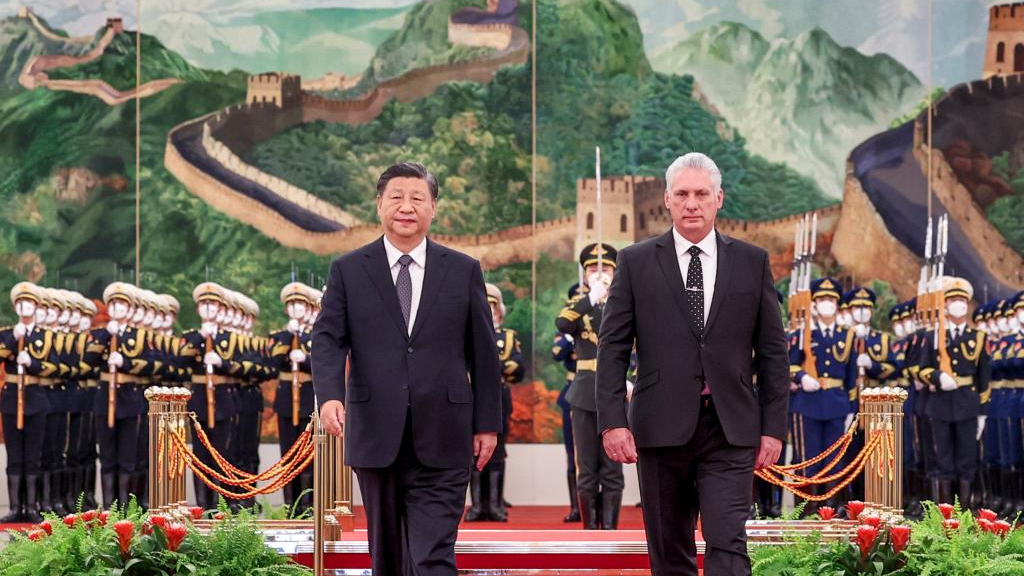 Chinese President Xi Jinping holds a ceremony to welcome Cuban President Miguel Diaz-Canel prior to their talks at the Great Hall of the People in Beijing, China, November 25, 2022. /Xinhua

Chinese President Xi Jinping holds a ceremony to welcome Cuban President Miguel Diaz-Canel prior to their talks at the Great Hall of the People in Beijing, China, November 25, 2022. /Xinhua

The state visit by Cuban President Miguel Diaz-Canel to China, is a strategic, constructive visit with important signs. Here is a summary of the results of the meeting between the presidents of Cuba and China on November 25. As the two nations adhere to the socialist path, China and Cuba have had robust ties since diplomatic relations were established in 1960.

This visit, at the invitation of the General Secretary of the Central Committee of the Communist Party of China and President Xi Jinping, was part of an international tour by the Cuban head of state to other countries that included Algeria, Turkey and Russia.

Xi Jinping said, "No matter how the international situation may change, China will not change its policy of long-term friendship with Cuba," and "its determination to support Cuba in pursuing the path of socialism, or its commitment to promoting practical cooperation with Cuba." Diaz-Canel conveyed to Xi "the cordial greetings of General of the Army Raul Castro (first secretary of the Communist Party of Cuba's Central Committee)" and recalled that Fidel Castro highlighted "the capacity and firmness" of the current Chinese President, precisely on the day that marks the sixth anniversary of the death of former Cuban leader. Diaz-Canel also assured that he values "in a very positive way" the "theoretical and practical contributions to the construction of socialism" of Xi Jinping at the head of the Communist Party of China.

Everyone who follows the international dynamics is aware that the Cuban economy is going through an unprecedented crisis due to the economic blockade imposed by the United States on the island. Former President Donald Trump's administration has crushed the Cuban economy with more economic, financial and trade sanctions. The policy has not changed under Joe Biden, although Obama has started a process of rapprochement between the two countries. The COVID-19 pandemic was another element that deepened the crisis on the island with the drop in tourist arrivals in the country. Tourism is a major source of foreign exchange for the country. 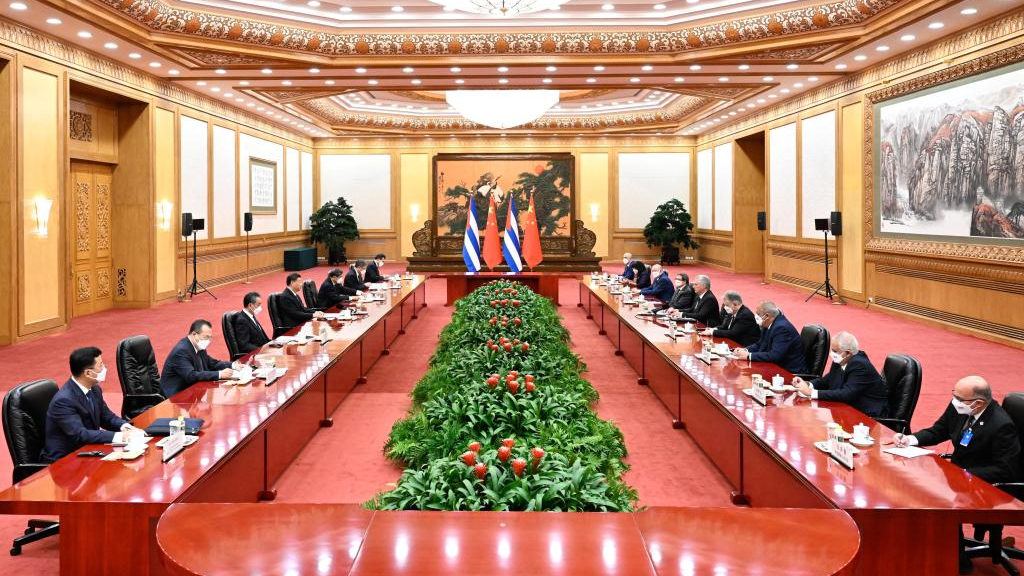 Cubans seek two-way solutions. Economic reforms aimed at activating the country's private sector, as well as foreign direct investment. Additionally, Cuba is imposing itself in the international division of labor as a major exporter of biotechnological products and medicine. On the other hand, strengthening partnerships with countries such as China and Russia has been part of this policy. Neither China nor Russia are interested in a weakened Cuba in the face of the blockade and imperialist violence. Both countries know how strategic it is to have a friend like Cuba.

Cuba's potential is not something minor. Its geographic location and mirror of a policy of intimidation and blockade called by U.S. scholar Noam Chomsky as "sadistic" by the United States is a fundamental part of showing the world the destabilizing power of imperialism both in Latin America and in the world, but also of the capacity to a people to fight and survive against all odds.

On account of the bilateral agreements and renegotiation of Cuba's debt with China, China has donated around $100 million to Cuba. Cuban Economy Minister, Alejandro Gil, said that this donation will be destined to "priorities" of the island's economy, which is facing its worst economic crisis in three decades, due to the reinforcement of the United States embargo, in effect since 1962, and the impact of the COVID-19 pandemic.

Cuba-China relations are part of an internationalist tradition of the international communist movement, which culminated in relations of affection and friendship. A good relationship developed between Fidel and Xi Jinping. Concrete results were extracted from this visit. Cuba can count on a political change of air in Latin America with the recent victories of progressive governments in Latin America and the return of Venezuela to the world stage.

Apart from the strategic relations between China and Cuba, the election of Lula da Silva in Brazil is strategic in this context, given the priority that the Brazilian government will give to the reconstruction of its ties with Latin America. The solution to Cuba's economic problems has not only involved reforms in its economic structure, but mainly by new and superior regional integration schemes in Latin America.