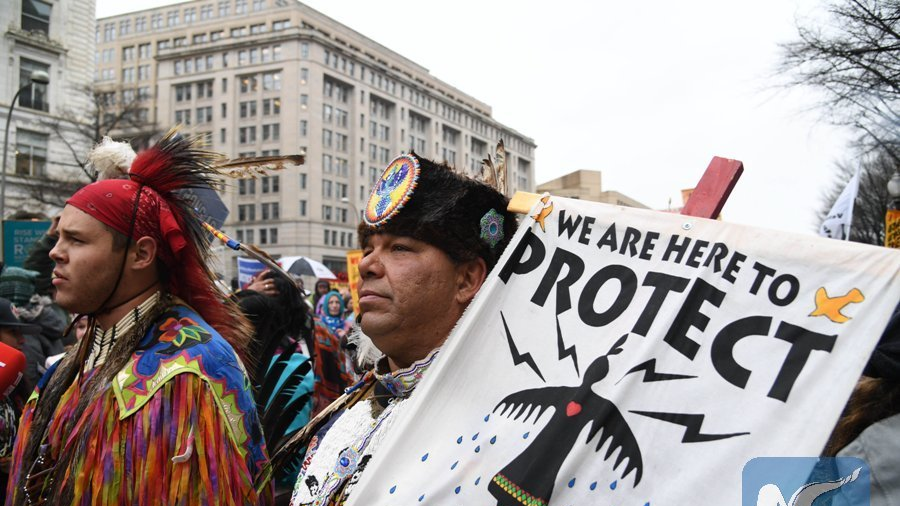 On October 12, 1492, Christopher Columbus and his men found a wholly new continent where Europeans had never set foot before. This day opens a new chapter in European history and is remembered and celebrated for centuries as Columbus' Discovery of New Lands.

Columbus' voyage proved to be a blessing to the West, but marked the beginning of nightmare for Native Americans. In the following 500 years, the new arrivals used force and violence to push for colonial expansion and conquest, and gained much wealth and strength which enabled the colonists to constantly exploit other parts of the world, while the indigenous tribes, who have settled in America for 40,000 years, were plundered, deported and killed, deprived of land, home and hope.

The Western world concocted a much more romantic and deceiving term to cover up for their bloody crimes – the Age of Discovery or Exploration. This narrative is in essence Eurocentrism and has long been reinforced as a positive and inspiring story of human bravery, like the Westward movement in North America.

The tricky part of this narrative is that the indigenous tribes who created many of the most splendid cultures in human history including the Incas and the Aztecs were described as among primitive and backward barbarians, while the invaders and colonists were beautified as brave explorers and pioneers, offering good reasons for the advanced or so-called more civilized Europeans to take over this "no-man's land." Even battles between invaders and defenders echo down the centuries in the form of romantic legends such as in the Adventures of Colonel Daniel Boone, How the West Was Won, Pocahontas and many more. 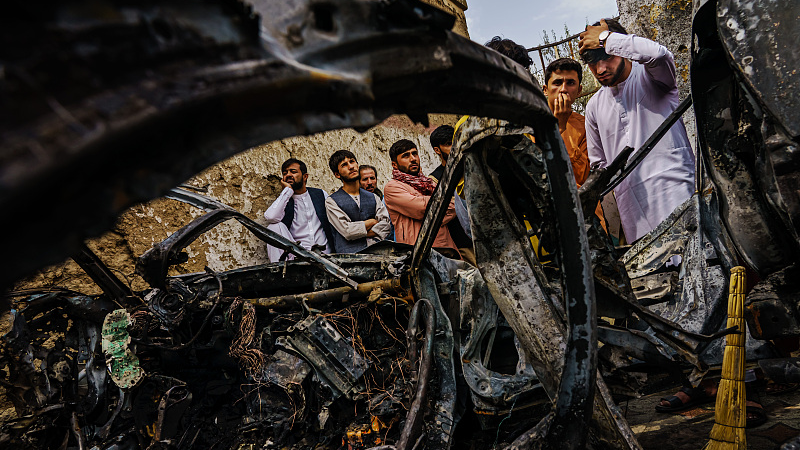 Relatives and neighbors of the Ahmadi family gathered around the incinerated husk of a vehicle targeted and hit by an American drone strike, which killed 10 people including children, in Kabul, Afghanistan, August 30, 2021. /CFP

Relatives and neighbors of the Ahmadi family gathered around the incinerated husk of a vehicle targeted and hit by an American drone strike, which killed 10 people including children, in Kabul, Afghanistan, August 30, 2021. /CFP

Today, even after the colonial era has ended for decades, Western countries, accounting for 12 percent of the world's population, are still trying to dictate what people hear and believe. Through domination in mainstream media and international rules, the West has grasped the agenda-setting power to shape global public opinion, either to glorify itself or deceive the rest of the world. Any potential challenger that tries to break their monopoly in public discourse would be stigmatized by the West as disinformation.

In the Western version of history, the bombing of the Federal Republic of Yugoslavia and the invasion of Afghanistan, Iraq and many more countries were justified as "overthrowing totalitarianism" and "democratic transformation." Countries like North Korea, Iran, Venezuela, Russia, and China who are regarded as "disobedient" are ill-defined by the West as authoritarian regimes.

Even in the Ukraine conflict when Russia suggested peace talks, it is the West that banned voices from Russia and the non-Western world and assisted Ukraine to bravely "fight to the last Ukrainian." Far from solving the problem from the root cause, this Don Quixote-style approach only makes things worse.

Furthermore, the West takes it for granted that they retain the final discretion of political correctness, and shoulder the responsibility to preach their values to the world and crusade against "pagans" and "atheists" just like what they once did to Muslims and Native Americans. They constantly spout off about Western-style democracy and human rights as the only path to development and advancement, discrediting or attacking anything different from its own model.

Today, only 14 percent of the 230 countries and regions have fully achieved industrialization, most of which are in the West. Under all the beautiful covers, the West realized the path of modernization through relentless expansion and colonization is certainly not the right path or the possible one to be followed by the rest of the world.

Today's world is no longer the world of 500 years ago, nor can it go back to the old colonial days. The collective rise of emerging markets has upset Western mainstream perception and proved that the West is not the end of history. Western countries should not be surprised when their stories and values are refused or even criticized by many developing countries.

The ongoing chapter of human history should not be and is no longer defined by the West. The lies fabricated by the West will ultimately be seen through and rejected downright as proof of Western hypocrisy.