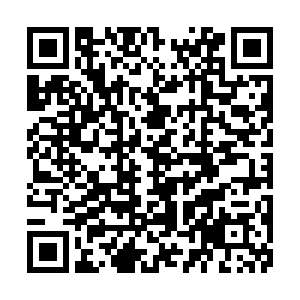 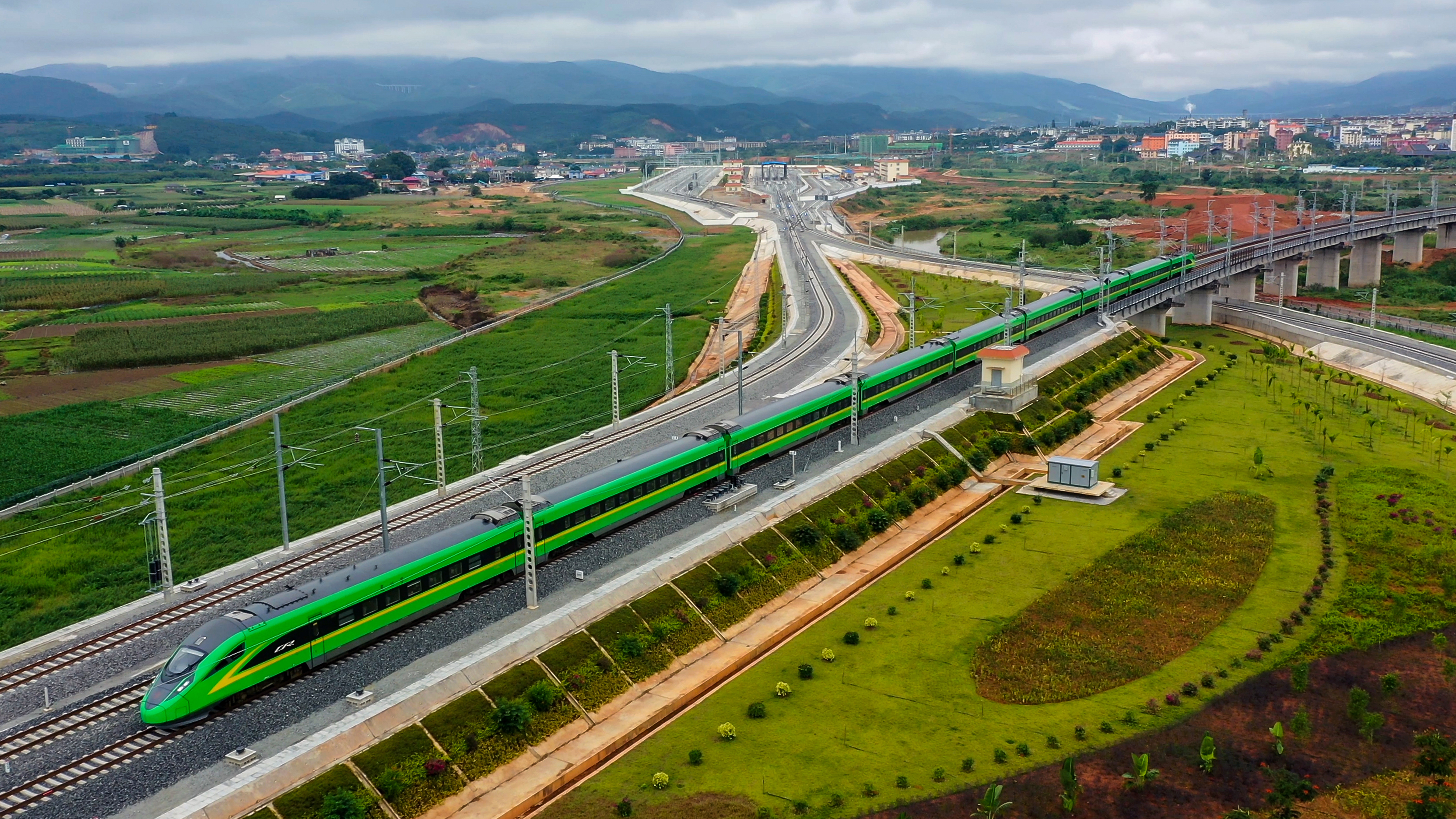 It's been one year since the China-Laos Railway went into operation, which, as figures prove, has shown great vitality.

Data released by China Railway on Friday shows that passengers have made 8.5 million journeys since it opened, with 7.2 million on the Chinese side, and 1.3 million in Laos.

Meanwhile, a total of 11.2 million tonnes of cargo have been carried, covering some 1,200 categories, including fertilizers, electronics, PV products and farm produces. At this stage, cross-border services are still only available for cargo, not passengers. 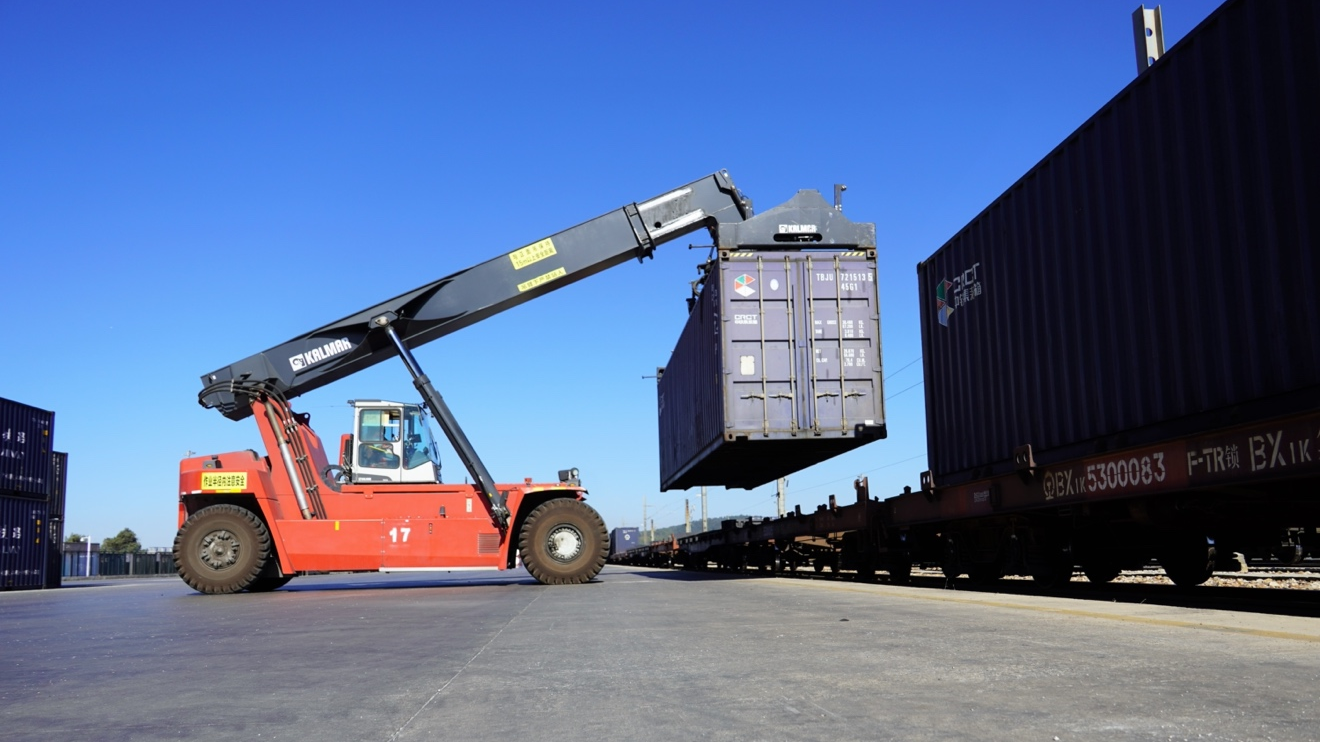 Containers are being loaded to a freight train heading to Laos. Luo Caiwen/CGTN

Containers are being loaded to a freight train heading to Laos. Luo Caiwen/CGTN

The Shanghai Rencheng Supply Chain Management Company set up a branch in Kunming following the opening of the railway, which transports fabrics and related equipment to garment factories in Southeast Asian countries like Myanmar.

Yang Jie, a manager of the company, told CGTN that the rail has guaranteed that their goods are delivered on time.

"Transportation costs are also about 30 percent lower than when we relied on land transport. Back then, we had to pass through four countries before reaching Myanmar," said Yang.

She said in light of the convenience of the rail, they will expand their business to some neighboring countries like Cambodia. 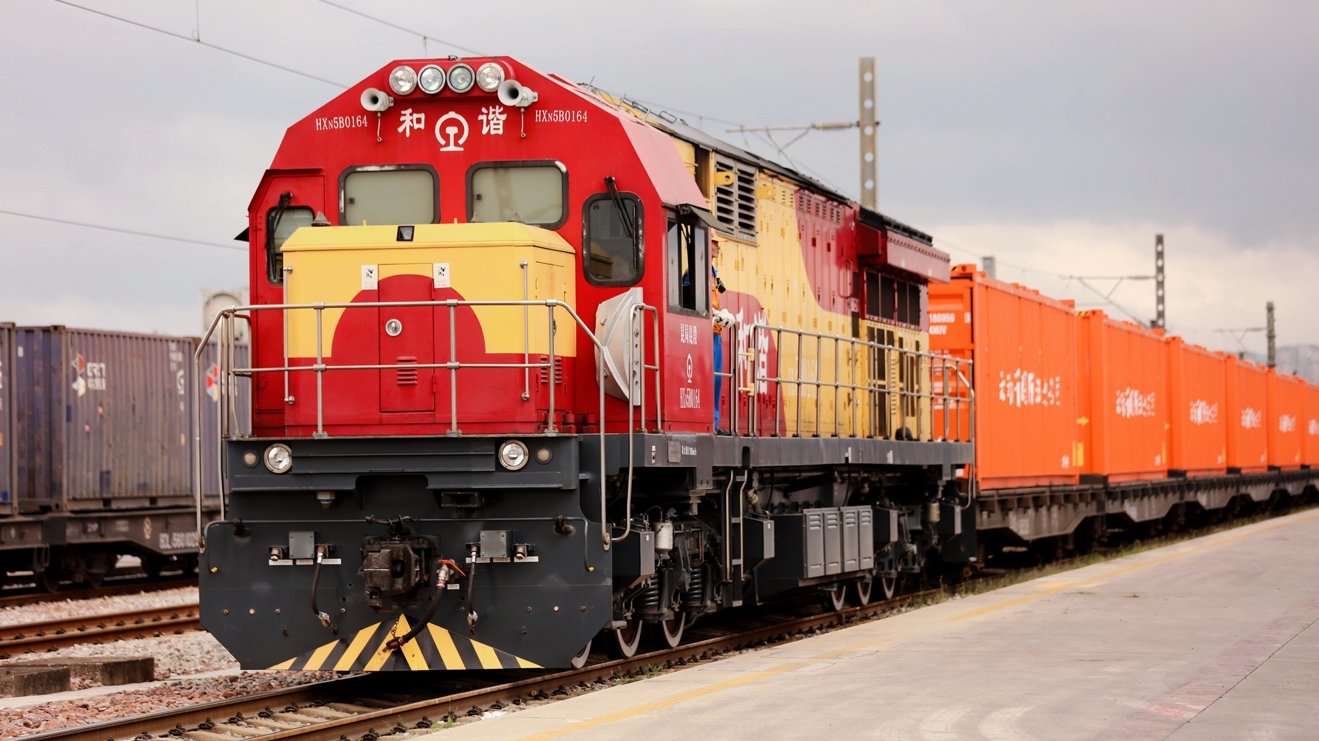 The mega project is a landmark cooperative result of the Belt and Road Initiative, which has turned Laos from a landlocked country to a land-linked hub. Its products are now more accessible to the global market.

"We've brought in some 600 containers of products from Laos, mainly ore and tapioca flour," said Yang.

In the past year, related services have been continuously optimized, such as customs clearance.

The Kunming terminal of the China United International Rail Containers is a freight transport center. A customs supervision facility was created here earlier this year.

"With it, the clients can exit fast and don't need to go through procedures like customs transfer at the Mohanport," said Xu Chao, a deputy manager of the terminal, adding that it now takes just 26 hours for cargo to be transported between Kunming and Vientiane. 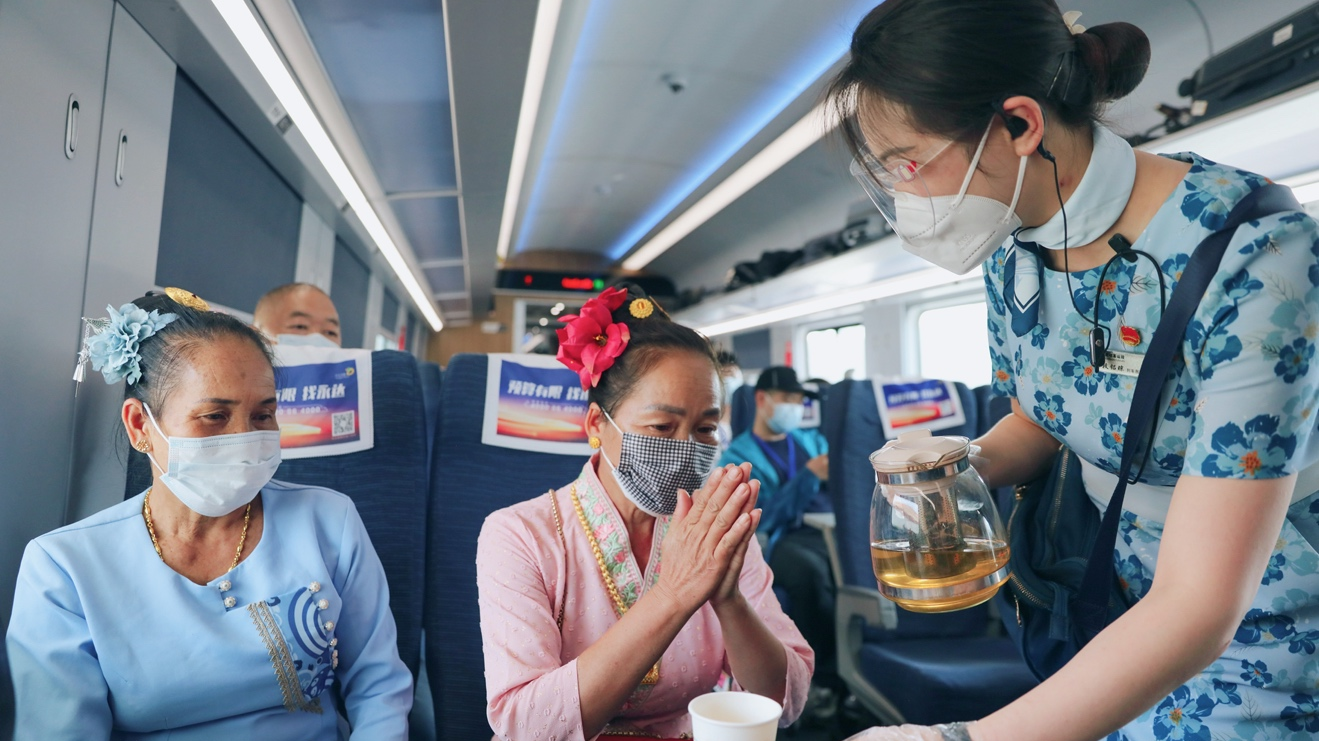 A conductor serves two passengers on a train running on the China-Laos Railway. /courtesy of Yang Zixuan

A conductor serves two passengers on a train running on the China-Laos Railway. /courtesy of Yang Zixuan

When Chinese President Xi Jinping and his Lao counterpart Thongloun Sisoulith met in Beijing earlier this week, they agreed that the two countries should work closely to better operate and maintain the railway, and "create a high-standard, sustainable, and people-friendly economic belt along the line."

To ensure the safe operation of the railway, scientific and technological methods including satellite maps, unmanned aerial vehicles and machines including China-developed tamping machines are applied to strengthen line inspection, hidden danger regulation and equipment maintenance.

Meanwhile, ecological protection has also been strengthened since the line was put into operation.

In consideration of the railway crossing the habitats of more than 10 Asian elephant family groups, a green corridor installed with patrol boxes, fences and prevention and early warning systems was established along the railway. That's to minimize the disturbance to wild elephants' activities and realize the harmonious coexistence between man and nature.

Companies on both sides also expect a sustainable and people-friendly economic belt like what both countries' leaders agreed.

"The railway has made the transportation, storage and use of various ingredients easier, and helped us save production costs," said Nongluck Mahathai, production manager of pharmaceutical company Elemento Pharma in the economic development zone in Boten at the border with China.

"In the future, we'll use the railway to send our medicines to hospitals and pharmacies across Laos, and even to neighboring countries," she added. 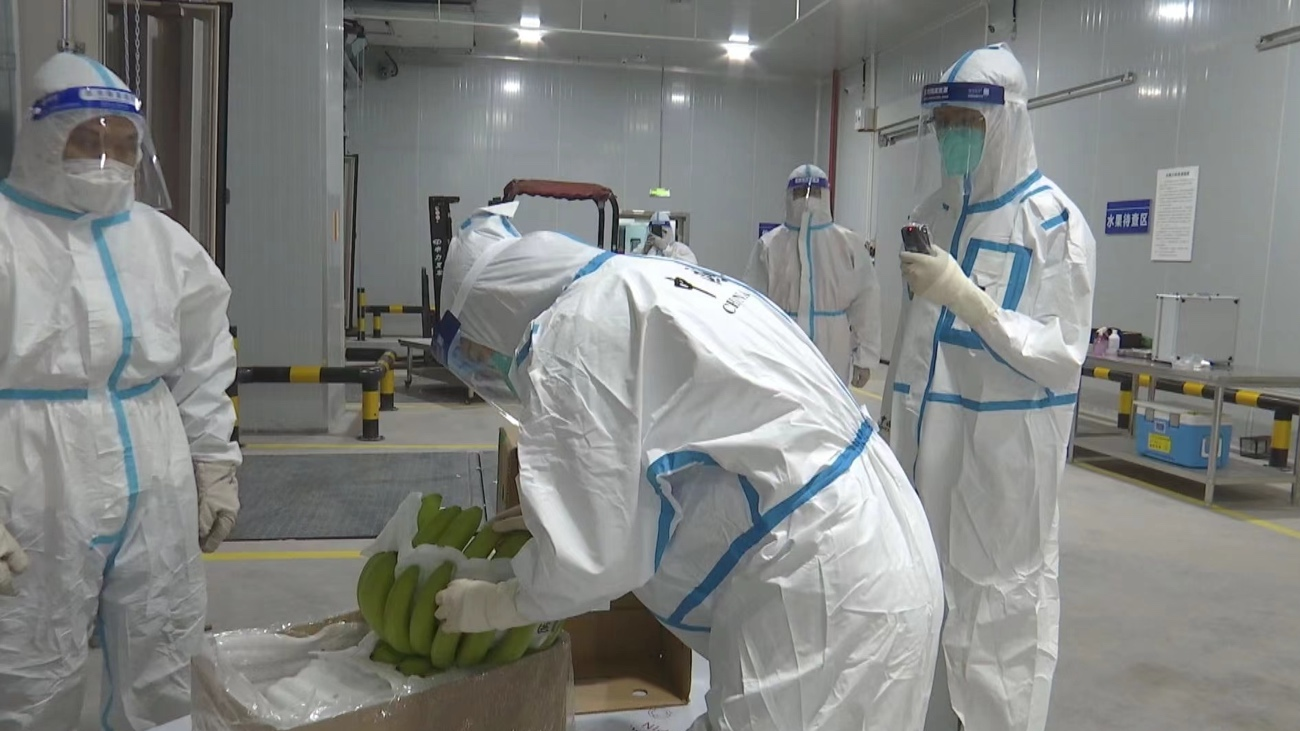 Experts said as the Regional Comprehensive Economic Partnership, known as RCEP, went into effect early this year, the railway will play a bigger role, as ASEAN is a major part of the free trade agreement.

On Saturday, a designated regulatory site for fruit was officially opened at the Mohan port on the Chinese side of the border, which will open up a bigger market for fruits imported from Southeast Asian countries.

Jaruwan Udomsab, a scholar from Thailand, has lived in Kunming for more than 10 years. She said she hopes more high-quality agricultural products from her motherland, including rice and fruits, will hit the Chinese market via the channel.

China is the largest market for durians of Thailand. Data from the commerce ministry of the country shows that its export reached some $3.5 billion in 2021, and 90 percent of them were consumed in China.

"Trade facilitation is one aspect. People of the region also hope to travel to China by train," said Udomsab.

"For me, when the COVID-19 pandemic is over, I'll take the railway to Laos and then my home in Thailand."