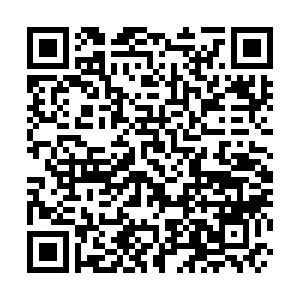 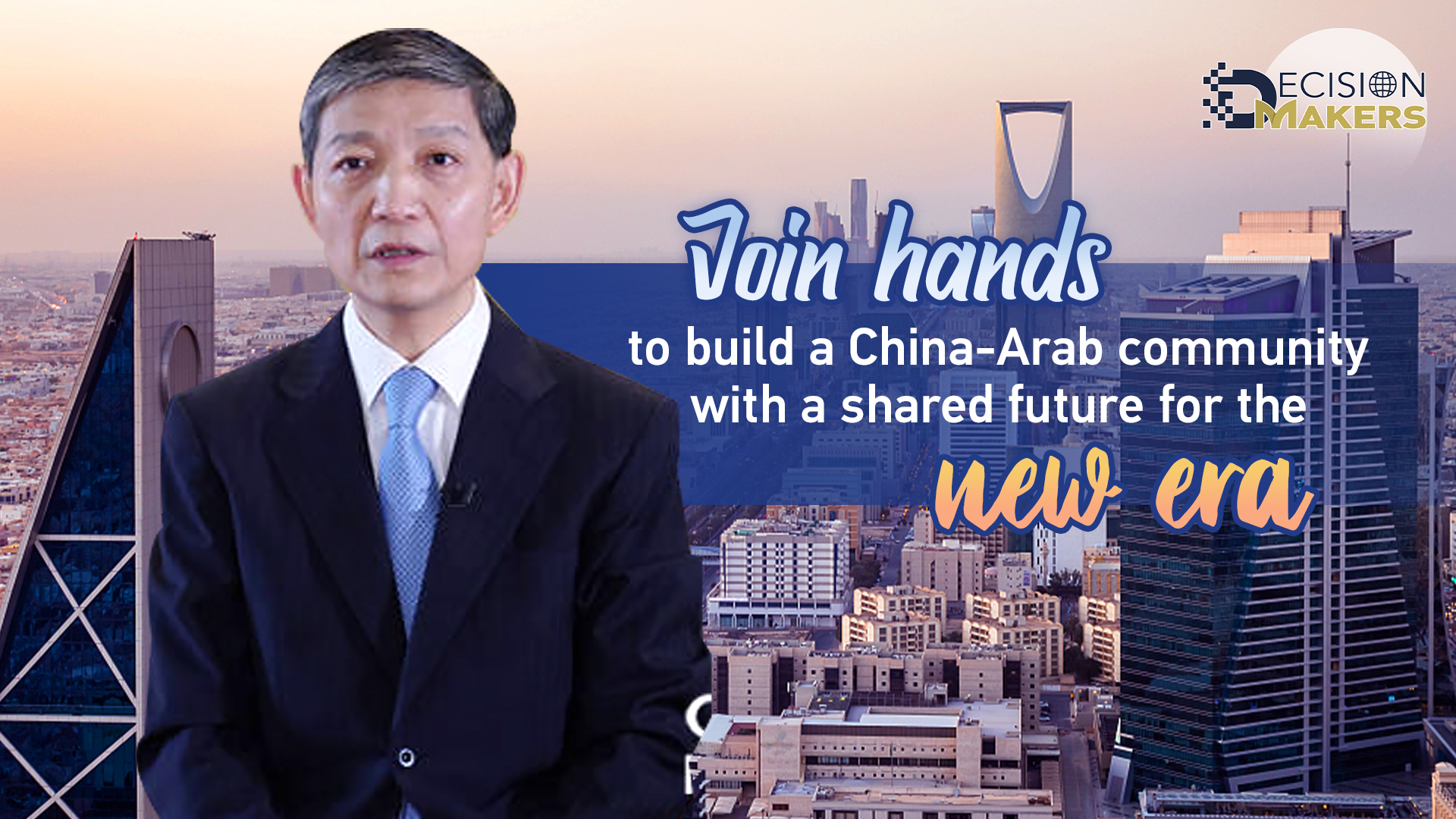 Join hands to build a China-Arab community with a shared future for the new era.mp3

Editor's note: Decision Makers is a global platform for decision makers to share their insights on events shaping today's world. Liao Liqiang is Chinese Ambassador to Egypt. The article reflects the author's opinions and not necessarily the views of CGTN.

The first China-Arab States Summit will be held in Saudi Arabia this week. The leaders of China and Arab states will plan for future cooperation between the two sides and further consolidate the consensus on major issues such as global governance, development, security and dialogue among civilizations. The summit will surely become an epoch-making milestone in the history of China-Arab relations, and open up broader prospects for China-Arab strategic partnership, and lead China and Arab countries to make great strides forward on the road of building a China-Arab community with a shared future.

In more than 70 years since the founding of the People's Republic of China, China and Arab states have stood together through thick and thin on the road of striving for national independence and national rejuvenation. It has become a model of South-South cooperation. In 2012, the 18th National Congress of the Communist Party of China (CPC) was held, and socialism with Chinese characteristics entered a new era. Arab countries have also entered the stage of exploring independent development paths. The Sino-Arab strategic partnership is making continuous progress, and the joint construction of the Belt and Road Initiative (BRI) is reaching a new height.

In terms of strategic mutual trust, China and Arab states have established a future-oriented strategic partnership featuring comprehensive cooperation, common development, and 12 pairs of strategic partnerships were constructed at the bilateral level. At the end of 2010 and the beginning of 2011, after the political turmoil occurred in some Arab countries, China firmly supported the Arab countries in independently exploring development paths.

On Taiwan, Xinjiang, Hong Kong, human rights and other topics involving China's core interests and major concerns, the Arab world has always given China firm and strong support. In August, Nancy Pelosi, Speaker of the U.S. House of Representatives, visited China's Taiwan region. All 22 Arab countries and the Arab League reaffirmed the one-China principle. China has a friendly relationship with the Arab League, and President Xi Jinping attaches great importance to the relationship with the Arab League. The Council of Foreign Ministers of the Arab League has passed resolutions on strengthening relations with China for many years, which fully reflects the firm determination of Arab countries to develop relations with China, and also reflects the profound traditional friendship and solid strategic partnership between China and Arab states.

In the field of practical cooperation, China has signed cooperation documents on the joint construction of the BRI with 20 Arab countries and the Arab League, and implemented more than 200 large-scale cooperation projects in the fields of energy and infrastructure. The cooperation results have benefited nearly two billion people on both sides. Projects such as Egypt's 10th of Ramadan City railway, China-Egypt TEDA Suez Economic and Trade Cooperation Zone, China-United Arab Emirates (UAE) Industrial Capacity Cooperation Demonstration Zone, FIFA World Cup Qatar stadiums and other projects have progressed steadily against the background of the COVID-19. 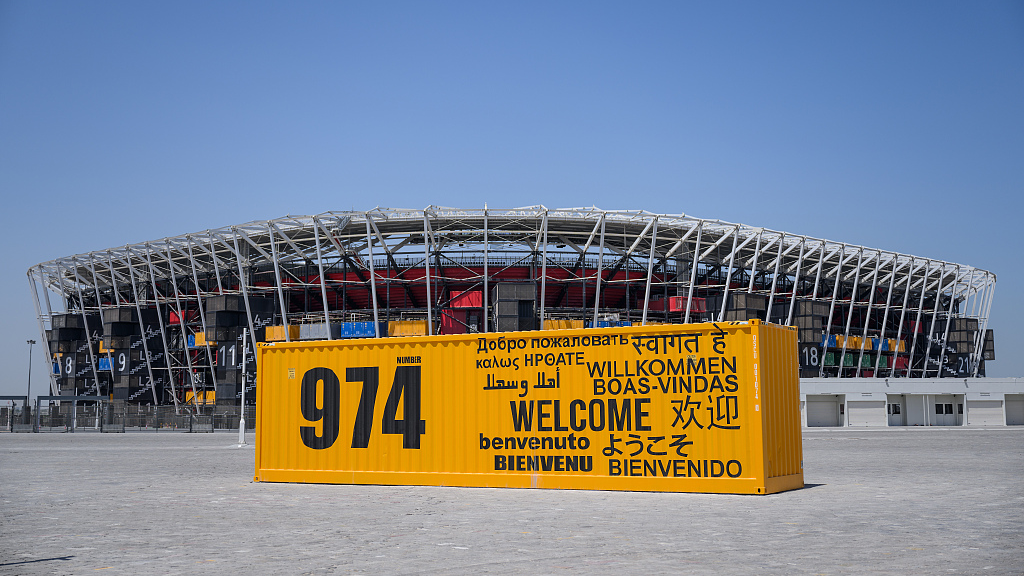 As of October, 17 Arab countries have supported China's Global Development Initiative (GDI), and 12 Arab countries have joined the Group of Friends of the GDI. In 2021, the trade volume between China and Arab states reached $330.3 billion, an increase of 1.5 times compared with 10 years ago. In the first three quarters of this year, the trade volume between China and Arab reached $319.295 billion, a year-on-year increase of 35.28 percent, which is close to the level of the whole year of 2021.

Since the outbreak of COVID-19, China and Arab states have united to fight against it and helped each other, setting a model for global anti-epidemic cooperation and becoming a vivid portrayal of China and Arab states' willing of pursuing a shared future. China has sent nearly 100 medical expert teams to Arab countries, carried out the world's first clinical Phase III trial of inactivated vaccine to combat COVID-19 with the UAE and Bahrain, and cooperated with Egypt to build Africa's first joint production line for COVID-19 vaccines. As of October, China has provided more than 340 million doses of COVID-19 vaccines to Arab countries.

At present, changes in the world are unfolding in unprecedented ways. The world is once again standing at a historical crossroads, and the path to follow depends on the choices of the people of all countries. In October 2022, the 20th CPC National Congress was successfully held, and it was proposed that the central task of the CPC will be to lead the Chinese people of all ethnic groups in a concerted effort to realize the Second Centenary Goal of building China into a great modern socialist country in all respects and to advance the rejuvenation of the Chinese nation on all fronts through a Chinese path to modernization.

On the new journey, China is always committed to its foreign policy goals of upholding world peace and promoting common development, maintains the momentum of high-level exchanges and dialogues with Arab countries, and gives full play to the leading role of leaders' meetings in China-Arab relations; devotes to high-quality Belt and Road cooperation, joins hands with others to implement the GDI; promotes the implementation of Global Security Initiative, promotes fair and reasonable settlement of hotspot issues in the Middle East through dialogue and consultation; expands the exchange of civilization and governance experience and promotes more interconnection between Chinese and Arab cultures.

There is an Arabic proverb that says that "one travels fast, a group travel far." And as the Chinese saying goes, "it is easier to do things when you have many friends." China is willing to take the convening of the first China-Arab Summit as an opportunity to work with Arab countries to carry forward the traditional friendship between China and Arab states, continuously enrich and deepen the pattern of all-dimensional cooperation between China and Arab states, and work together to build a China-Arab community of shared future for the new era. China hopes that it would benefit people of China and the Arab states, promote cooperation among developing countries to jointly safeguard the cause of peace and development in the world.