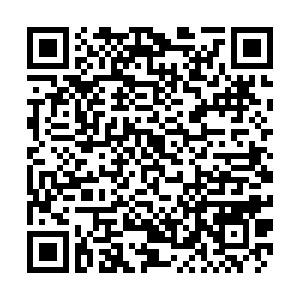 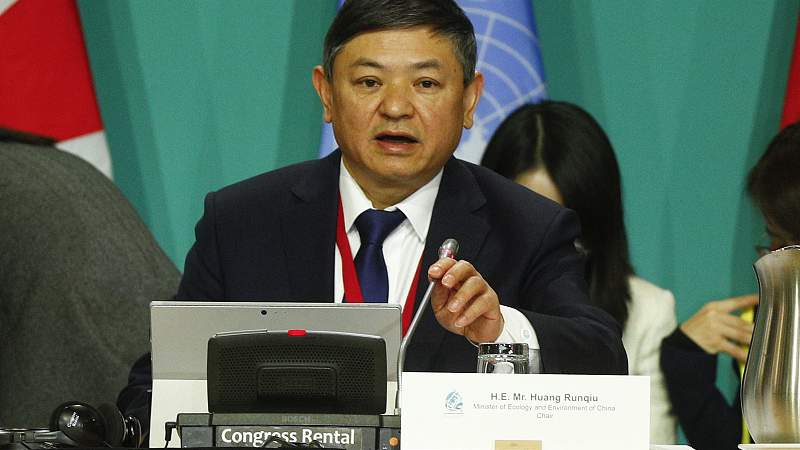 Editor's note: Stephen Ndegwa is a PhD student in International Relations at the United States International University-Africa, and executive director of South-South Dialogues, a Nairobi-based communications development think tank. The article reflects the author's opinions and not necessarily those of CGTN.

China's pledge to secure an "ambitious and pragmatic" new global pact at the United Nations Convention on Biological Diversity would benefit Africa and developing world. Going by precedence of the Sino-African partnership, the continent places much hope on China's leadership in environmental conservation.

Otherwise known as COP15, the 15th meeting of the Conference of the Parties to the UN Convention on Biological Diversity opened on December 7 in Montreal, Canada. It's estimated that about 10,000 participants comprising of scientists, government officials and environmental activists are seeking a new ecological pact to avert further loss of the world's biological assets. They seek renewed commitment to overcome the failed 20 targets signed in Aichi, Japan in 2010 to curb biodiversity loss by 2020.

The countries would enhance biodiversity and ecosystem services, and enhance implementation through participatory planning, knowledge management and capacity building.

Nonetheless, the initial objectives were not achieved during this past decade. This could be on account of the shortage of funds to implement elaborate plans, as well as the corresponding lack of commitment. Countries are not working together to address biodiversity loss and mounting social, economic and political challenges in our world today.

In his speech to the summit delivered online on December 15, Chinese President Xi Jinping said, "be it in overcoming the COVID-19 pandemic, or in enhancing biodiversity protection and achieving sustainable development globally, solidarity and cooperation is the only effective way to address global challenges." 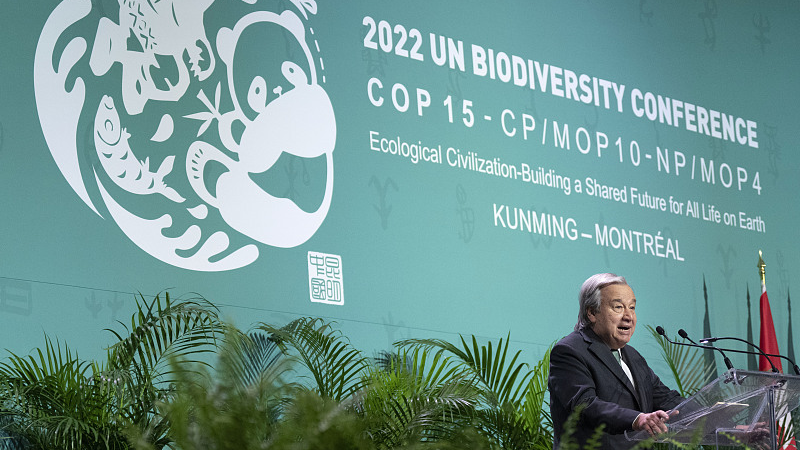 As the current president of COP15, world leaders are looking to China for guidance. The developing countries have been on the receiving end of the massive biodiversity loss, which has hindered their social and economic development. Due to fragile economies of the continent's countries, Africa struggles to mitigate the loss of natural ecosystems. The rich and developed countries should allocate more funds for them.

The world should enhance biodiversity protection through green development. In Xi's words, countries should "speed up the green transition of development modes and lifestyle." But while this is easier said than done, every country must sign up to avoid being the weak link in the chain of overall environmental protection.

All countries must pull their weight and none should carry a bigger burden than others. Those who pollute more need to do more to stem the tide. Indeed, ambitions in themselves are useless. They must be translated into effective action to make the required changes.

While China's visionary strategy tackles the root causes of biodiversity loss, the country this time around advocates for realistic targets that are "pragmatic, balanced, feasible and achievable." The cost of tackling the root causes, which include climate change, pollution, destruction of habitats, invasive alien species, and over-exploitation of the natural environment is tremendous.

Ingenious ways of restoring the environment can contribute much in covering for the dearth of resources. China and Africa should promote green development of the Belt and Road Initiative (BRI), which can contribute to cross cutting environmental sectors including resource efficiency, climate change, healthy and productive ecosystems, and environmental governance.

China seeks a modern path to peaceful coexistence between human and nature. The biodiversity crisis facing Africa is an opportunity to promote green development on the continent and to facilitate cooperation on eco-civilization between China and Africa.

Initiatives such as the Global Development Initiative (GDI) are ideal platforms to spark global conversations that touch on humanity's future. The United Nations endorsed the GDI as an effective vehicle to drive the 2030 Sustainable Development Goals, whose success depends on a resilient environment.

China is moving forward on a global clean energy partnership and deepening practical cooperation with the International Renewable Energy Agency and other countries to advance a transition to clean energy and realize sustainable energy security.

COP15's promise lies in the words of Inger Andersen, UN Under-Secretary-General and executive director of the UN Environment Program: "In delivering on biodiversity, we deliver on climate, on pollution, on the UN Decade of Ecosystem Restoration, and on the food and energy system transformation. So let us ensure that this COP will be remembered as the moment we finally set our societies and economies on the path to rebuilding the biodiversity upon which we all rely."