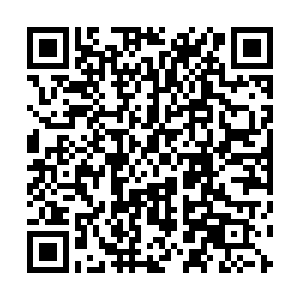 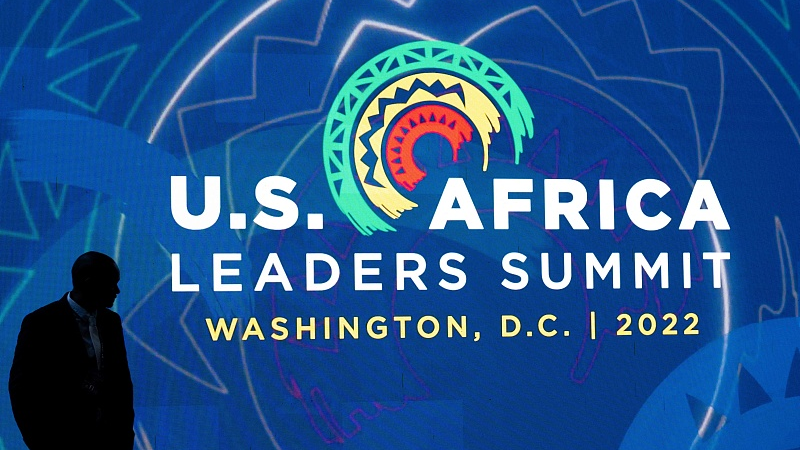 Editor's note: Azhar Azam works in a private organization as a market and business analyst and writes about geopolitical issues and regional conflicts.The article reflects the author's opinions and not necessarily the views of CGTN.

In efforts to reset ties with Africa, former U.S. President Barack Obama in 2014 greeted dozens of African leaders at the first U.S.-Africa Leaders Summit and promised, "We are here not just to talk. We are here to take action, assuring them to take "tangible steps to deliver more prosperity, more security and more justice to our citizens."

Amid complaints from African diplomats about a "drifting" U.S. policy that ignores Africa's objectives, U.S. President Joe Biden hosted leaders and delegates of 49 African countries and the African Union in the second U.S.-Africa Leaders Summit 2022 and struck similar remarks that Africans had heard eight years ago, "The United States is all in on Africa's future."

Before the summit, the White House announced plans to commit $55 billion of investments in economic, security and health sectors in Africa over the next three years. This is a welcome gesture, but the U.S. shouldn't smear China when trying to reassert its influence across the continent.

U.S. Defense Secretary Lloyd Austin, during a panel discussion with African leaders, said China was expanding its footprint in Africa "on a daily basis" through its growing economic influence and accusing other countries of destabilizing the region. African representatives cannot be hoodwinked and are keen to know what the Biden administration has to offer for peace and development in the region.

Investment, infrastructure development and trade with Africa ought to remain the U.S. focus. Since Biden entered the White House, through the country's foreign aid agency, Millennium Challenge Corporation has announced $1.2 billion of investments in Africa. Biden promotes the Partnership for Global Infrastructure and Investment for the continent's energy transition and infrastructure development. Africa wonders whether he will live up to his promises given Obama era's five-year Power Africa initiative is only 25 percent complete.

In 2014 when trade was one of three key pillars of the Obama administration's engagement with Africa, two-way trade was about $73 billion, according to the U.S. Census Bureau. In 2021, the Africa-U.S. trade shrank to about $64 billion. In comparison, China is Africa's largest trade partner with bilateral trade of $254 billion in 2021.

The subordination of growth and development objectives over security priorities has failed to deliver security to Africa, undermining development and destabilizing the continent. It will do good to neither security nor development in Africa except for holding up the net-zero transition and limiting AfCFTA benefits.

Peace and prosperity are crucial for Africa and the world. This should be pursued through international support to build the capacity of African forces. Foreign meddling in continental affairs have exacerbated regional peace and prolonged conflicts. The U.S. is estimated to run several dozen outposts across the East, West and North to launch military operations. 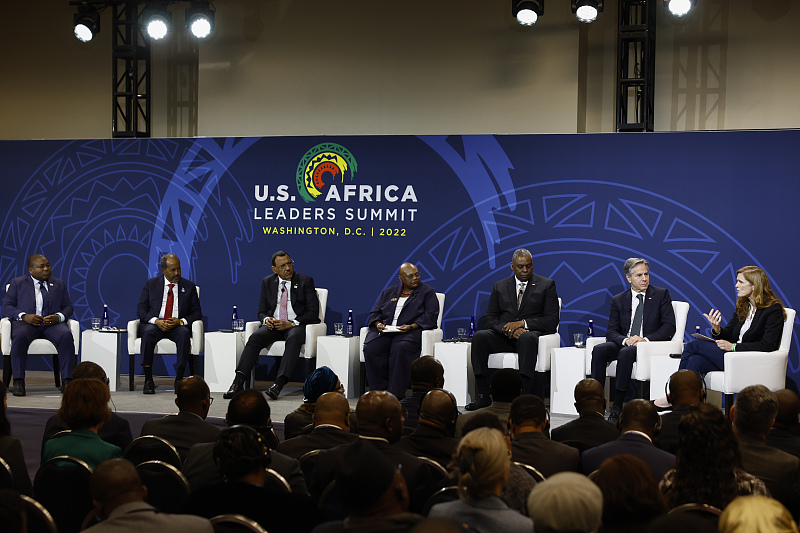 Peace, Security and Governance Forum was held during the U.S.-Africa Leaders Summit 2022 in Washington, December 13, 2022. /CFP

Peace, Security and Governance Forum was held during the U.S.-Africa Leaders Summit 2022 in Washington, December 13, 2022. /CFP

America's intervention in African elections to promote democracy and U.S. National Security Adviser Jake Sullivan's framing Africa as a "key geopolitical player" cast doubt on Washington's commitment to peace and prosperity in Africa and increases risk that Africa's development will be overshadowed by U.S. security objectives.

A dramatic increase in high-intensity conflicts and consequent deaths that coincides with the expansion of transnational terrorist organizations underscores the efforts to make Africa the battleground of geopolitical rivalries through military deployment or other means.

While a study at the Federal Reserve Bank of New York in May 2020 found the trade war reduced the market capitalization of the U.S. listed firm by $1.7 trillion and would lower investment by 1.9 percent by the end of 2020, the African Development Bank in 2019 warned trade frictions could trigger a 2.5 percent decline in resource-intensive African countries by 2021.

Africa has about 850 million young people and it's expected to reach 1.2 billion by 2050. A continent with such an enormous youth population and potential shouldn't be an arena of great-power or geopolitical competition. African leaders want to make the continent attractive place and to end its characterization as a region plagued by diseases, poverty, hunger and illegal migration. They will not become a pawn of the U.S. larger geopolitical strategy.