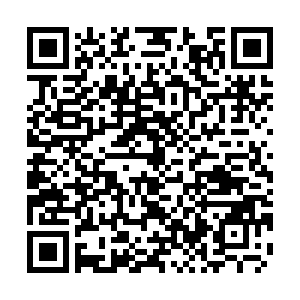 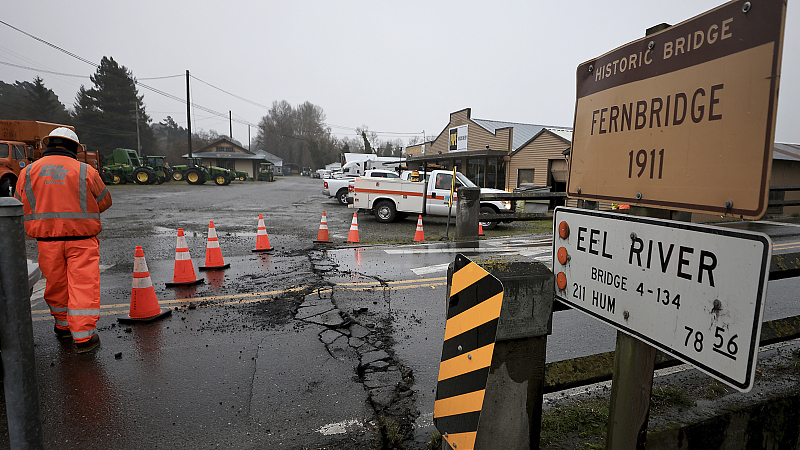 Caltrans workers inspect Fernbridge, the main arterial that connects Ferndale over the Eel River, after an earthquake near Fortuna, California, U.S., December 20, 2022. /CFP

Caltrans workers inspect Fernbridge, the main arterial that connects Ferndale over the Eel River, after an earthquake near Fortuna, California, U.S., December 20, 2022. /CFP

At least 2 people were killed and 11 others injured after a magnitude-6.4 earthquake rocked coastal Northern California in the U.S. early Tuesday, according to local authorities.

The quake struck at 2:34 a.m. in the Pacific Ocean about 15 kilometers from Ferndale in Humboldt County, according to the U.S. Geological Survey. The town is near the Oregon border with some 1,300 residents.

Humboldt County earlier also confirmed that widespread damage to roads and homes was reported throughout the county due to the earthquake and warned residents to be prepared for aftershocks.

Tuesday's temblor set off one structure on fire, which was quickly extinguished, and caused two other buildings to collapse, according to the California Department of Forestry and Fire Protection (CalFire).

The department said its dispatchers fielded 70 emergency calls after the quake, including one report of a person left trapped who needed rescuing, spokesperson Tran Beyea said.

The highway patrol reported at least four other roads in Humboldt County closed due to earthquake damage, and a possible gas line rupture under investigation. One section of roadway was reportedly sinking, the agency said.

While earthquakes producing noticeable shaking are routine in California, tremors at a magnitude 6.4 are less commonplace and potentially dangerous, capable of causing substantial damage to buildings, such as a partial collapse or the shifting of structures off their foundations.

Weak shaking from Tuesday's quake, which occurred at the relatively shallow depth of 17.9 kilometers, was felt as far away as San Francisco, the U.S. Geological Survey reported.

About five earthquakes of magnitudes ranging from 6.0 to 7.0 are recorded annually in California and Nevada, according to recent data cited by the Los Angeles Times.

Some 79,000 homes and businesses were without power in Ferndale and surrounding Humboldt County, according to the electric grid tracking website PowerOutage.us.