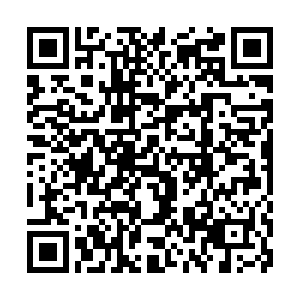 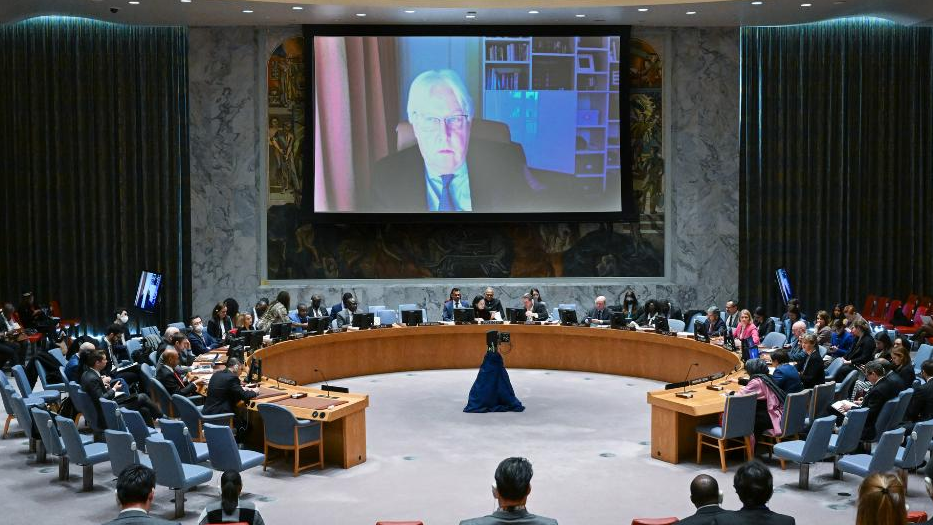 UN Undersecretary-General for Humanitarian Affairs and Emergency Relief Coordinator Martin Griffiths (on the screen) speaks via a video link at a Security Council meeting on Afghanistan at the UN headquarters in New York, U.S., December 20, 2022. /Xinhua

UN Undersecretary-General for Humanitarian Affairs and Emergency Relief Coordinator Martin Griffiths (on the screen) speaks via a video link at a Security Council meeting on Afghanistan at the UN headquarters in New York, U.S., December 20, 2022. /Xinhua

"There has been a paucity of progress on restarting urgently needed development initiatives, without which the humanitarian situation is likely to further deteriorate, resulting in more people requiring emergency assistance," he told the Security Council in a briefing.

"Saving lives cannot be the sole responsibility of the humanitarian community, and I say this as a life-long humanitarian. Development partners also save lives. Humanitarian programming cannot and should not be seen as the only acceptable channel through which the extraordinary suffering of Afghans is addressed," he said.

The lack of funding is another challenge for humanitarian work in Afghanistan, said Griffiths.

"We face a daunting financial challenge as we enter 2023. We need $4.6 billion to adequately address the country's humanitarian needs. Despite the many pressing global demands, we cannot underestimate the consequences of decreasing funding to operations in Afghanistan," he warned.

And if lingering conflict, entrenched poverty, economic downfall, and political instability were not enough, Afghanistan must also contend with a worsening climate crisis. A third consecutive drought is looming, bringing with it threats of more displacement, more disease, more deaths. Winter is already in full swing, causing temperatures to plummet. This week temperatures will dip to minus 10 degrees Celsius in remote areas of Ghor Province, which earlier this year registered pre-famine conditions, he said.

While UN humanitarians maintain constructive engagement with the Taliban, the de facto authorities in Afghanistan, they face routine interference and restrictions, said Griffiths.

The de facto authorities have detained humanitarian staff, tried to influence or control humanitarian response, and constrained women's freedom of movement and involvement in humanitarian action.

The mahram requirement, in particular, is what hampers women's participation in humanitarian action the most and persistently impacts women's access to services. There have been concerning reports from Helmand Province, among others, that women have been prevented from entering health facilities when they don't have a mahram, he said. "Effective humanitarian assistance relies on the meaningful participation of women. We cannot overstate their capacities, insight, and ability to reach women and girls across provinces, across communities."

The humanitarian exception has been a necessary but insufficient condition for banks to fully restart international transactions to and from Afghanistan, given the range of non-sanction-related factors that they take into account when determining whether to facilitate a transaction, he said.

"Our work in Afghanistan is no doubt fraught with challenges. But for the millions of people who need humanitarian assistance to survive, the millions facing acute hunger, the millions with no clean water, and the millions unable to go to school, none of these challenges matter. What they want is action and change. We owe them as much," said Griffiths.