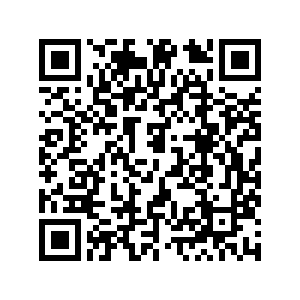 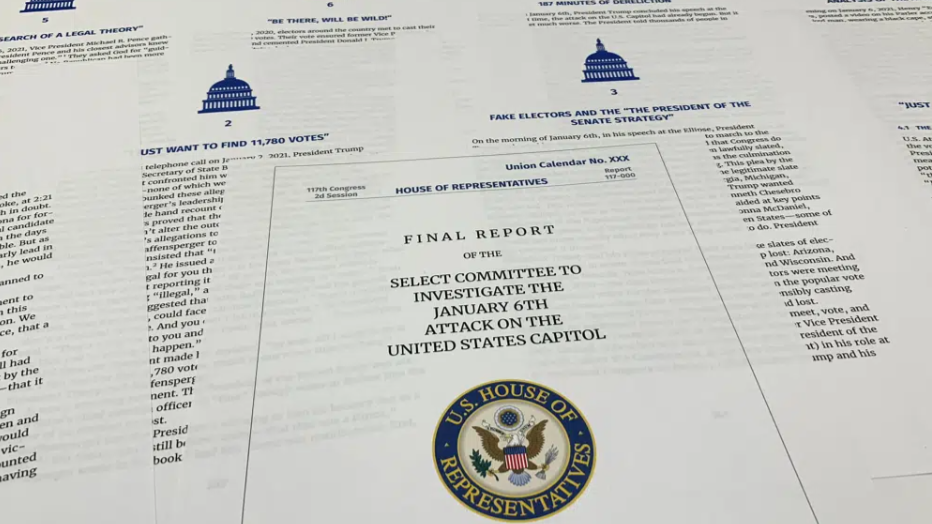 Pages from the final report released by the House select committee investigating the January 6 attack on the U.S. Capitol, December 22, 2022. /CFP

Pages from the final report released by the House select committee investigating the January 6 attack on the U.S. Capitol, December 22, 2022. /CFP

The U.S. House January 6 committee investigating the January 6, 2021 attack on the Capitol released its final report on Thursday, capping off the panel's year-and-a-half probe.

The final report asserts that Trump criminally engaged in a "multi-part conspiracy" to overturn the lawful results of the 2020 presidential election and failed to act to stop his supporters from attacking the Capitol.

The report comes after the panel interviewed more than 1,000 witnesses, held 10 hearings and obtained millions of pages of documents.

The witnesses – ranging from many of Trump's closest aides to law enforcement to some of the rioters themselves – detailed Trump's actions in the weeks ahead of the insurrection and how his wide-ranging pressure campaign to overturn his defeat directly influenced those who brutally pushed past the police and smashed through the windows and doors of the Capitol on January 6, 2021.

The central cause was "one man," the report says: Trump.

The insurrection gravely threatened democracy and "put the lives of American lawmakers at risk," the nine-member panel concluded.

The report's eight chapters of findings tell the story largely as the panel's hearings did this summer – describing the many facets of the remarkable plan that Trump and his advisers devised to try and void President Joe Biden's victory. The lawmakers describe his pressure on states, federal officials, lawmakers and Vice President Mike Pence to game the system or break the law.

In the two months between the election and the insurrection, the report says, "President Trump or his inner circle engaged in at least 200 apparent acts of public or private outreach, pressure, or condemnation, targeting either State legislators or State or local election administrators, to overturn State election results."

Trump's repeated, false claims of widespread voter fraud resonated with his supporters, the committee said, and were amplified on social media, building on the distrust of government he had fostered for his four years in office. And he did little to stop them when they resorted to violence and stormed the Capitol.

The report comes as Trump is running again for the presidency and also facing multiple federal investigations, including probes of his role in the insurrection and the presence of classified documents at his Florida estate.

This week is particularly fraught for him, as a House committee is expected to release his tax returns after he has fought for years to keep them private.

Posting on his social media site, Trump called the report "highly partisan" and falsely claimed it didn't include his statement on January 6 that his supporters should protest "peacefully and patriotically." The committee noted he followed that comment with election falsehoods and charged language exhorting the crowd to "fight like hell."

The report details a multitude of failings by law enforcement and intelligence agencies. But it makes an emphatic point that security failures are not what led to the insurrection.

The investigation's release is a final act for House Democrats who are ceding power to Republicans in less than two weeks, and have spent much of their four years in power investigating Trump.