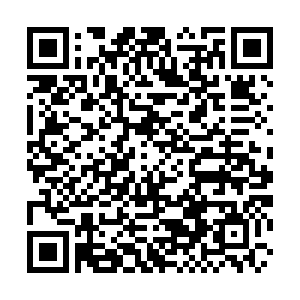 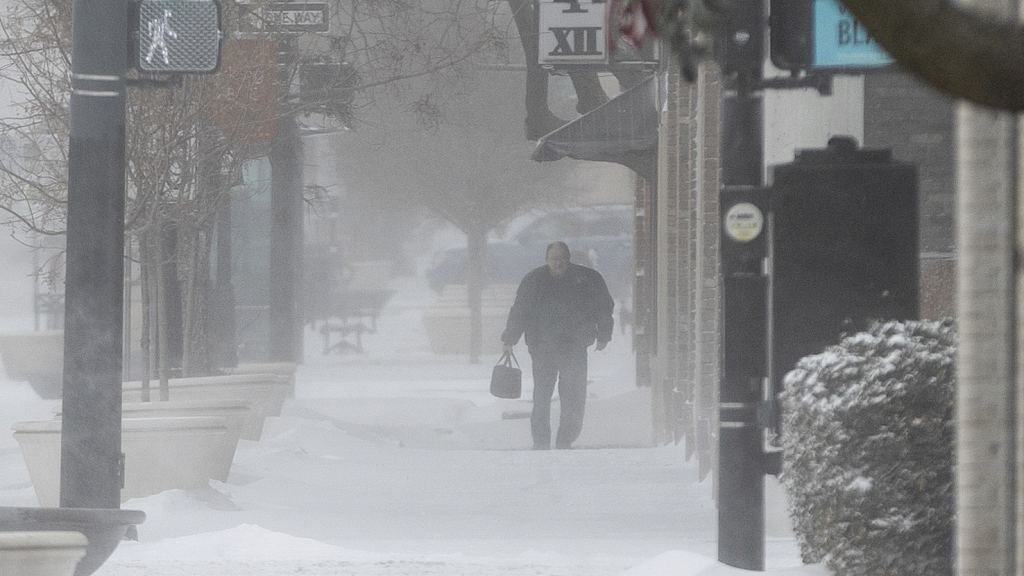 A pedestrian walks through downtown Wichita, Kansas, during a snow squall, December 22, 2022. /CFP

A pedestrian walks through downtown Wichita, Kansas, during a snow squall, December 22, 2022. /CFP

A dangerously frigid arctic air mass gripped a vast expanse of the United States on Thursday ahead of what could be one of the coldest Christmas Days on record, as a looming winter storm threatened to upend travel plans for millions of Americans.

Leading into the holiday weekend, the impending storm was expected to bring blizzard conditions to the Great Lakes region, up to 2 inches (5 centimeters) of rain followed by a flash freeze on the East Coast, wind gusts of 60 miles per hour (100 kilometers per hour) and bitter cold as far south as the Mexican border.

As the storm took shape over the Great Lakes on Thursday, a weather phenomenon known as a bomb cyclone was expected to develop from a "rapidly deepening low-pressure" system, the National Weather Service (NWS) said.

Power outages were likely, and the storm was expected to make travel by land or air precarious or impossible at times.

"It's dangerous and threatening," President Joe Biden said at the White House, urging Americans with travel plans to not delay and to set off on Thursday. "This is not like a snow day, when you were a kid, this is serious stuff."

More than half of the Lower 48 states, from Washington state to Florida, were under winter weather alerts, including wind chill advisories affecting about 135 million people, said Ashton Robinson Cook, a weather service meteorologist.

Parts of the Mid-Atlantic and Plains could see Christmas Day weather that is near the coldest on record, according to the weather service. 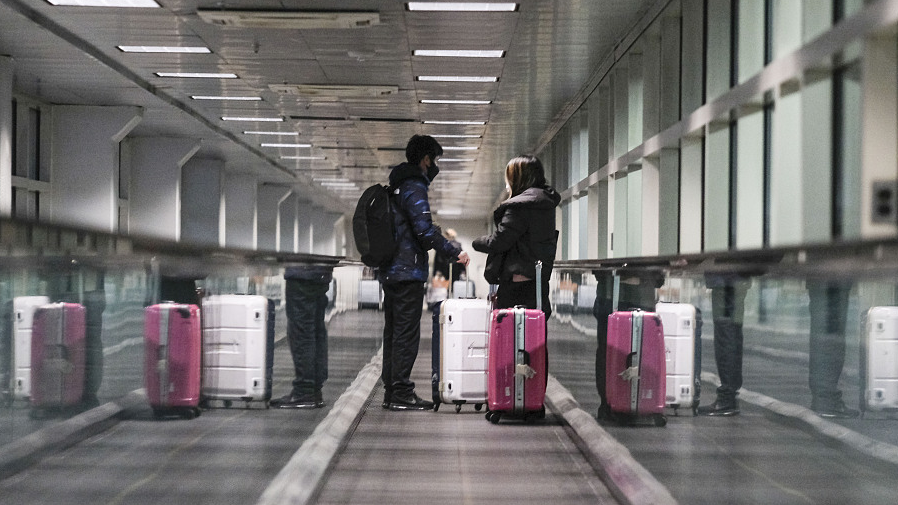 The storm front could bring more than a foot (30 cm) of snow to some areas as it moves eastward out of the Plains and Great Lakes, Cook said. Snow squalls — brief bursts of moderate to heavy snow and strong wind — were expected from Illinois to Indiana, and could produce white-out conditions.

The American Automobile Association (AAA) estimates 112.7 million people planned to travel 50 miles (80 km) or more from home between December 23 and January 2, up 3.6 million travelers over last year and closing in on pre-pandemic numbers.

More than 3,000 U.S. flights scheduled for Thursday and Friday have been canceled, including nearly 1,000 departures and arrivals at two major airports in Chicago, according to flight-tracking service FlightAware.

The frigid air mass that had already enveloped northern states was pushing south through central Oklahoma and northwestern Texas, where the mercury was expected to plunge to about 10 degrees Fahrenheit (minus 7 Celsius) on Thursday. Temperatures in the Southern Plains and Southeast could stay below freezing — but still 30-plus degrees less than normal — for multiple days, the NWS predicted.

The weather service also warned of freezing rain in parts of Oregon and Washington in the Northwest, where a separate storm was forming on Thursday.

Georgia on Wednesday joined North Carolina and Kentucky in declaring states of emergency. Temperatures in north Georgia were forecast to hit 10 F (minus 12 C) with subzero wind chills.

"We are expecting weather we haven't seen in a decade or more," Georgia Governor Brian Kemp said at a media briefing.