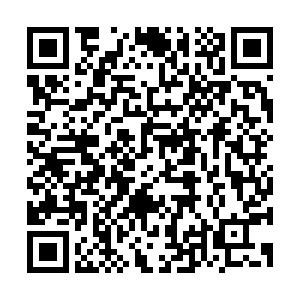 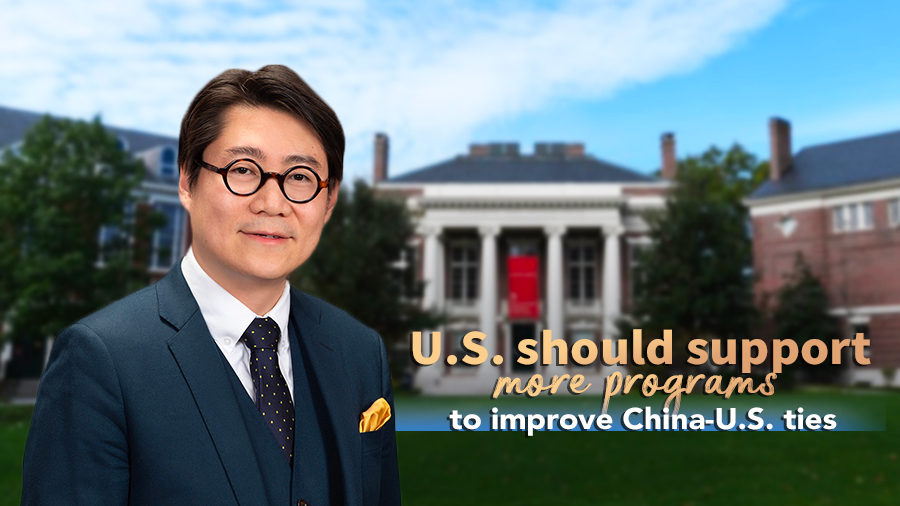 Editor's note: The China-U.S. relationship is one of the most important bilateral relationships in the world today. What's the difference between Chinese modernization and Western modernization? How should Chinese and American scholars help promote mutual understanding? Wang Yuhua, Professor of Government at Harvard University and also the author of Tying the Autocrat's Hands and The Rise and Fall of Imperial China gave us some clues in an exclusive interview. The views expressed in the video are his own and not necessarily those of CGTN.

CGTN: As the first tenured Chinese professor in the Department of Government at Harvard University, in your opinion, how has the focus of the American academic studies on China changed over the past decade? What kind of message does the shift convey?

Wang Yuhua: I think there are two major changes in China studies in the social sciences in the U.S. academia. The first is a change of focus from central politics to local politics, especially to the study of local officials and ordinary citizens. And scholars used to care much about what officials in the national government thought, their relations with each other and the policies they made. In recent years, scholars in the U.S. have realized that there are a lot of local variations in China, and that every local government needs to come up with their own governance strategies to promote economic development and maintain social stability.

Relatedly, scholars in recent years also tend to put more emphasis on ordinary citizens and what they think, how they behave in certain situations and their relations with the government. So, China studies have moved away from a monolithic view of China to a view that sees China as large country with much diversity.

The second change I think is the increasing use of quantitative data in China studies, including service, government statistics, web scraping and historical data. And the use of systematic data has revolutionized our understanding of China because scholars traditionally relied on the study of a few villages or counties while these case studies are useful. They can tell us what China as a whole looks like. So all in all, I think these changes in academic research have really provided a more nuanced perspective on China.

Wang: I think part of the reason why younger (American) China experts do not have the same level of knowledge as the older generation is the training in U.S. universities has become too specialized. Chinese scholars used to be expected to study Chinese history, culture, economy, politics and society, but now they are supposed to specialize in one area.

To promote mutual understanding, I think one thing that universities can do is to promote more general education and set up more China-specific programs. For example, Master's program to train the next generation of China experts with broad knowledge about China. I also think that people-to-people exchange is critical. Both the U.S.and Chinese governments should welcome students, visiting scholars and policymakers from the other side to visit and also encourage them to bring their experiences back to their home country to inform policy-making.

CGTN: The report to the 20th CPC National Congress referred to a "Chinese path to modernization." How do you understand "Chinese modernization?"

Wang: There was a Harvard economist I think in the 1960s, 70s, Alexander Gerschenkron, who argued that the development of early modernizers is different from that of late modernizers and by early modernizers he meant European and North American countries. And when they modernized, they did not face much international competition. And also, they were not in a rush, so they could gradually transform their economies and also societies.

But for late modernizers, for example, China, they need to compete with a large number of developed countries. Also, there's a sense of urgency that we need to catch up very quickly.

Wang: I think one of the biggest misunderstandings of state building is the notion that every country in the world will follow the path of Western or European countries in state development. There are a lot of scholars and also policymakers expecting that every country will develop the same institutions, for example representative institutions and checks and balances like those in Europe and also in North America.

But the reality is that the majority of the world population have not been living under a European style, political system and also most countries are not moving in the direction to become more like Europe. In other words, not all roads lead to Rome. To mitigate this misunderstanding, I think we need more research on the varieties of state building experiences in different regions of the world. For example, in Asia, Africa, the Middle East and also Latin America.

I think we need to realize that every country has its own path of state development and also this diversity should be celebrated rather than discouraged.