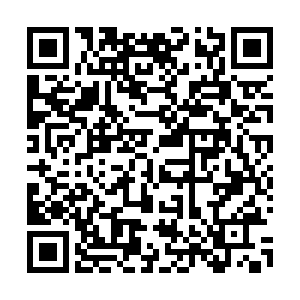 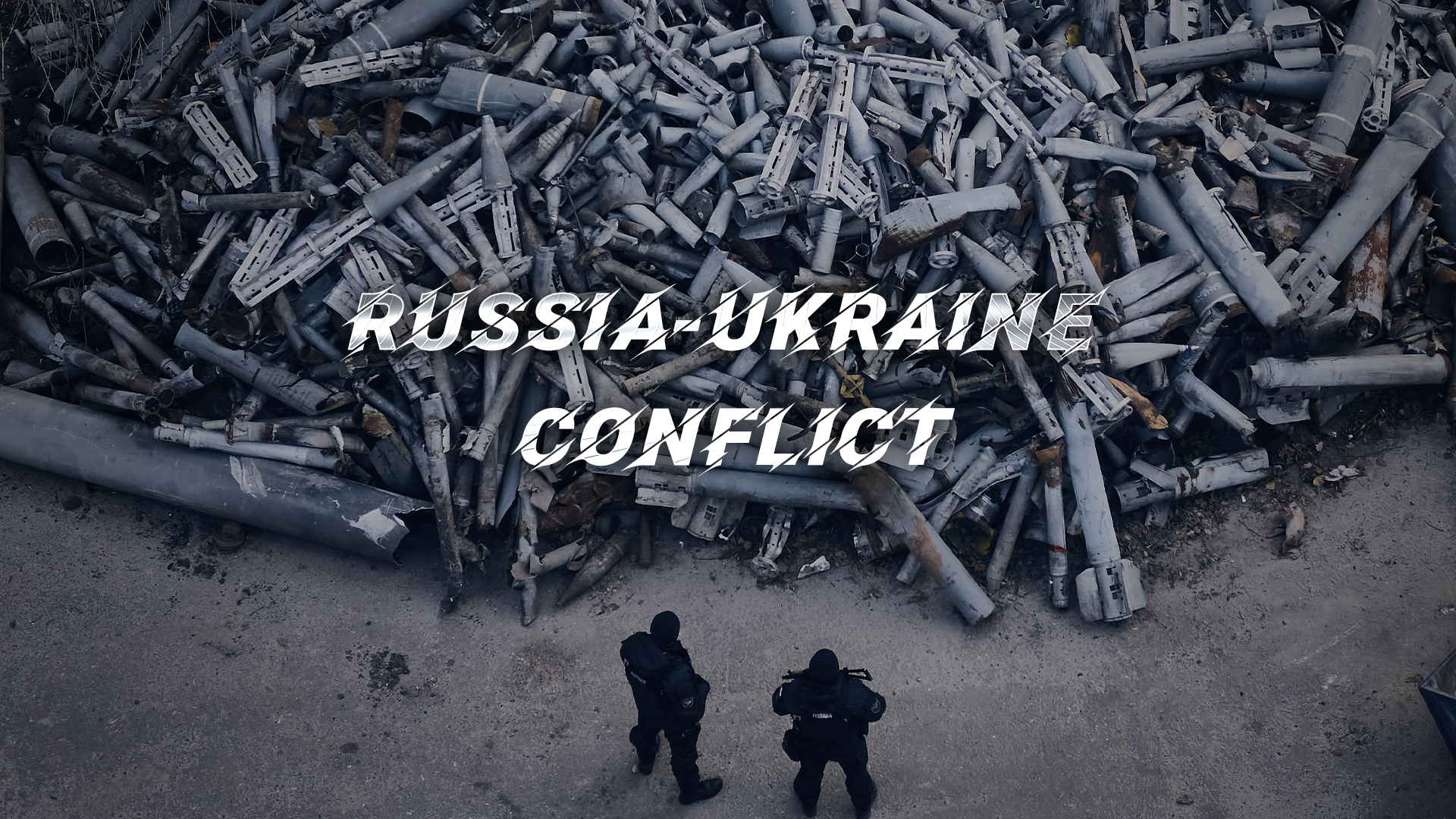 The Ukraine crisis in 2022 has changed the lives of millions. Neither Russia nor Ukraine has disclosed their total fatalities in the conflict, but both countries have suffered heavy losses due to the brutality on the battleground.

As of December 18, over 17,000 civilians have been killed or injured in Ukraine since Russia launched an offensive in Ukraine in February, according to the Office of the UN High Commissioner for Human Rights (OHCHR) records.

Most of the civilian casualties were caused by the use of explosive weapons with wide impact areas, including shelling from heavy artillery, missiles and air strikes.

Waves of attacks on key infrastructure continue, leaving millions of people without electricity and disrupting water supply and heating systems as most of Ukraine experiences sub-zero temperatures.

Among the millions of Ukrainians displaced due to the armed conflict, 5.59 million are internally displaced in Ukraine as of December 5, according to the UN migration agency International Organization for Migration (IOM). By December 20, over 7.8 million people have left Ukraine, seeking safety and protection across Europe, data from the United Nations Refugee Agency shows.

Jarno Habicht, the World Health Organization's representative in Ukraine, said at a recent press conference that the WHO estimates that up to 10 million people are at risk of some form of mental disorder, ranging from anxiety and stress to more severe conditions.

That's about a quarter of the country's total population. However, a peaceful resolution in Ukraine appears to be overshadowed by zero trust between Russia and Ukraine and the constant supply of weapons and money fueling the war by Western countries.

"Ukraine can fight as long as the United States supports it with money and weapons. If Americans want peace, there will be peace," Hungarian Prime Minister Viktor Orban said in a recent interview with the Magyar Nemzet, a Hungarian daily newspaper based in Budapest. 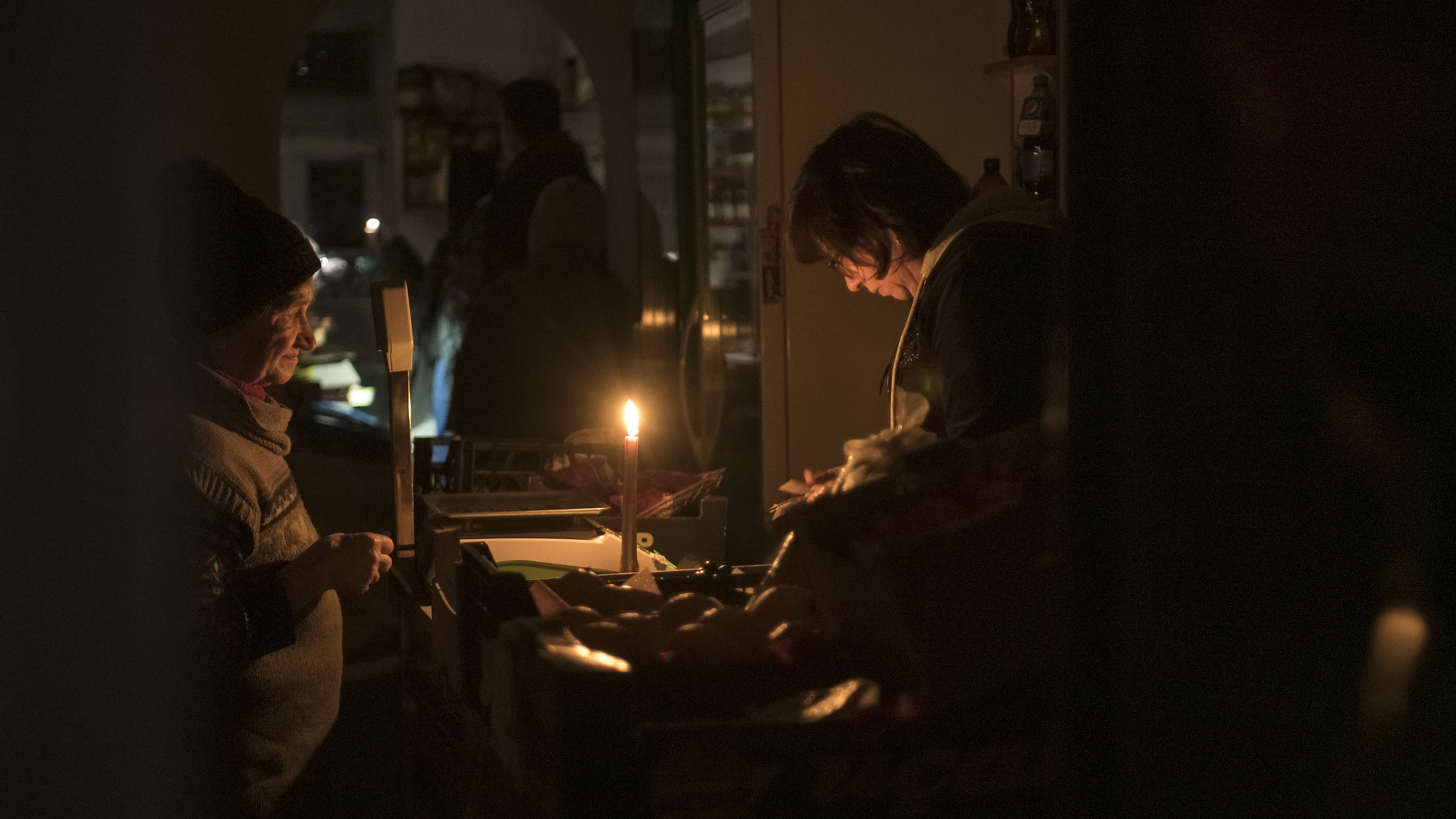 People in a shop that serves customers by candlelight in Lviv, Ukraine, November 15, 2022. /CFP

People in a shop that serves customers by candlelight in Lviv, Ukraine, November 15, 2022. /CFP

"Relations between the EU and Russia have deteriorated rapidly after the conflict," said Feng Zhongping, director general of the Institute of European Studies at the Chinese Academy of Social Sciences.

Before the conflict, Russia was one of the main trade partners of the European Union, and the total trade in goods between the two sides amounted to 257.5 billion euros (about $274 billion) in 2021. Around 40 percent of the EU's natural gas came from Russia. In response to Russia's military actions in Ukraine, the EU has heavily restricted trade with Russia through sanctions.

Russia reacted with reduced gas supplies to EU members, which has driven up the cost of living in these countries significantly.

From January 24 to November 20, 2022, EU institutions, such as the European Commission and the EU Council, recorded the second-highest value of aid commitments at about 35 billion euros (roughly $37.2 billion), following the U.S.' $50.8 billion, according to Statista, a data provider based in New York.

"With the EU identifying Russia as its biggest security threat, energy and economic ties between the two sides have taken a serious hit," said Feng, adding that their confrontation increased the importance of the North Atlantic Treaty Organization (NATO) in the military security on the continent.

Stability of the world economy

Since the escalation of the Ukraine crisis, Ukraine's economy has been hit hard. In early December, Ukrainian officials forecast a 32 percent to 33.5 percent decline in the country's gross domestic product in 2022.

Moreover, Ukraine's national debt increased to $103.1 billion in October, according to Danyiil Getmancev, head of the Finance, Tax and Customs Policy Committee of the Verkhovna Rada (Parliament).

Being the conflict's main battleground, major infrastructures in Ukraine, such as factories, roads, bridges and farms, have been destroyed. It was estimated that the cost of reconstruction and recovery in Ukraine amounts to $349 billion, according to a joint assessment released by the Government of Ukraine, the European Commission, and the World Bank in September. Though the figure is more than 1.5 times the 2021 GDP of Ukraine, it is expected to grow as the war continues.

Facing nine rounds of sanctions from the West since February, Russia experienced sharp fluctuations in the financial market, seeing rising commodity prices and increased instability in the supply chain.

Russia's GDP is predicted to fall by about 2.5 percent in 2022, Russian President Vladimir Putin said during a video meeting of the Council for Strategic Development and National Projects on December 15. He said Russian "foreign trade is moving towards dynamic regions and markets and dynamically developing countries."

The economies of the EU countries are expected to fall into recession in the fourth quarter of this year, and economic activity will continue to contract in the first quarter of next year, said the European Commission's autumn 2022 economic forecast.

The war also affected the global economy, as both countries are crucial suppliers of food, fertilizer, oil and natural gas in the world market. Due to the blockage of ports and the closure of airspace, disruptions in global supply chains have worsened the shortage of auto parts, semiconductors, food and energy and hurt industries that have long relied on cross-border transportation.