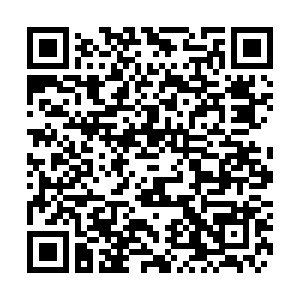 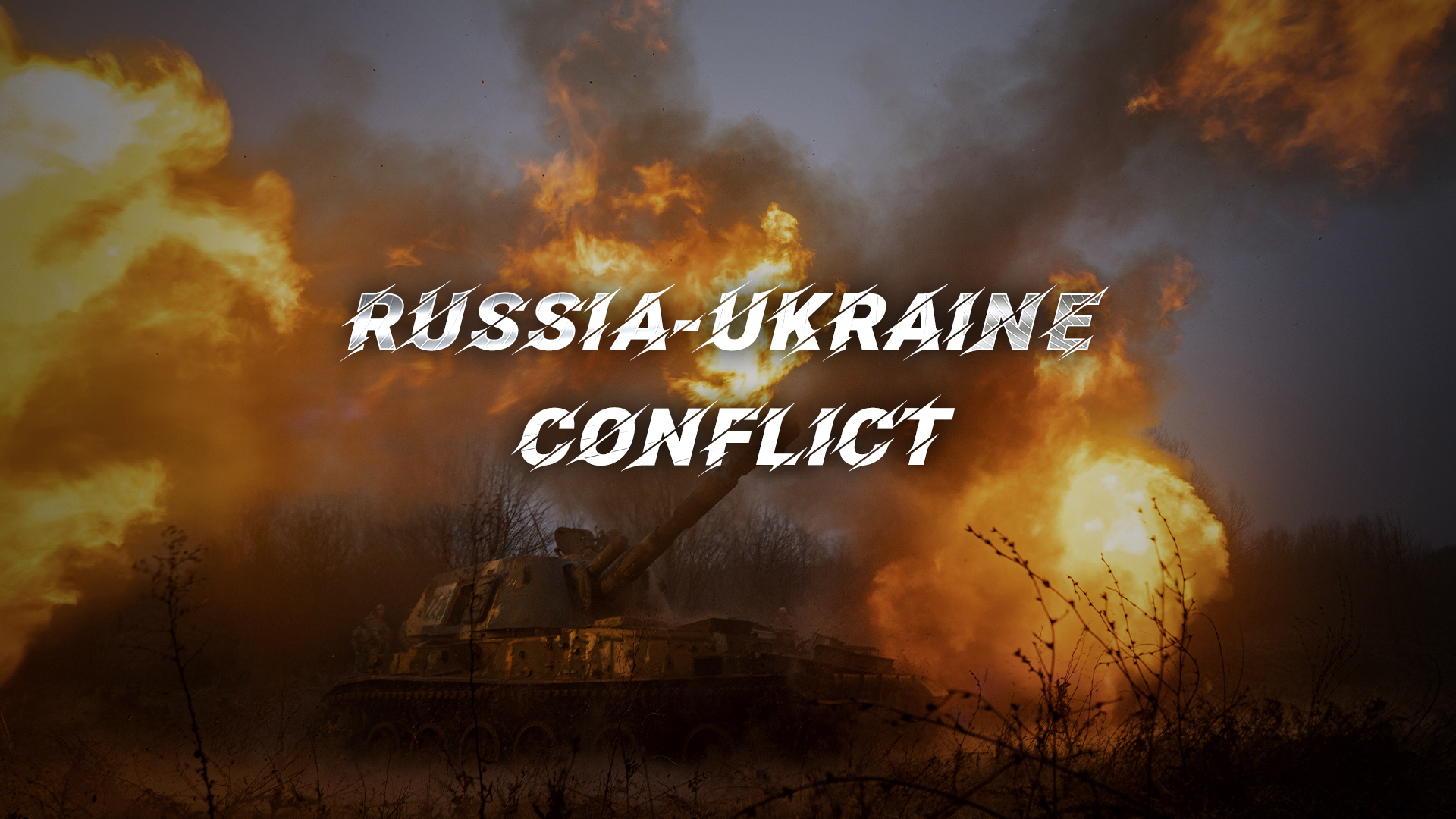 Nearing the end of 2022, there's little sign of peace progress for the Russia-Ukraine conflict as both countries prepare troops and weapons to continue the largest military conflict in Europe since the 21st century.

The war has killed thousands and displaced millions over the past year. Here is a highlight of major developments so far.

Russia's offensive spread across Ukraine rapidly, and there were explosions and shelling in the Ukrainian capital, Kyiv, the eastern city of Kharkiv, Chernihiv in the north, Zaporizhzhia and Donetsk in the southeast, and the southern port city of Odesa.

The West reacted by imposing financial and trade sanctions on Russia. The European Union banned selected Russian banks from the SWIFT payment system and froze Russian central bank deposits. The EU closed its airspace to Russian airlines, and Ukraine applied to join the EU. 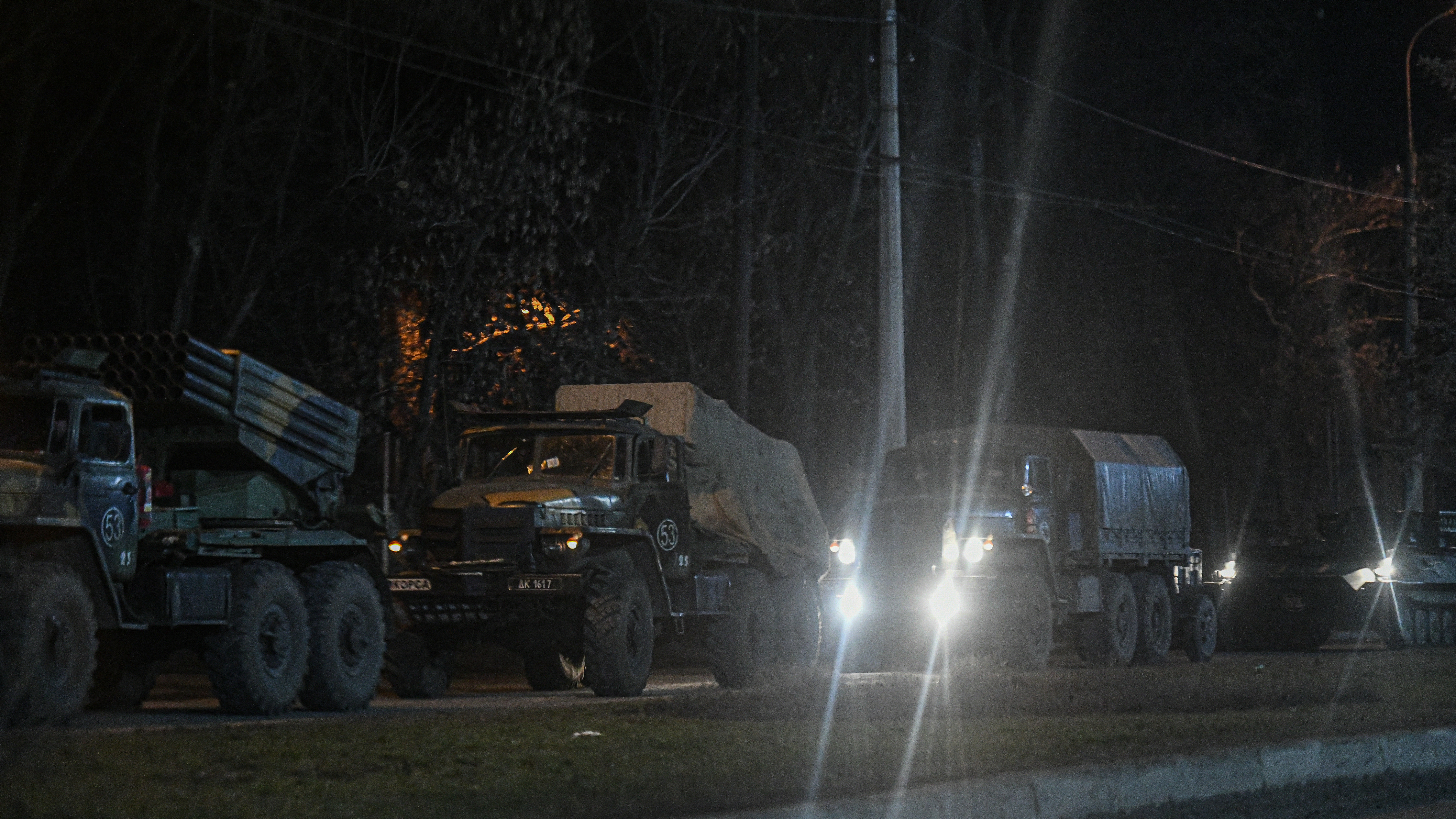 On March 2, Russian forces took the southern city of Kherson, a strategic region close to the Crimean Peninsula. But Moscow's forces met fierce resistance in Kyiv. Russia refocused on consolidating its control over the eastern regions of Donetsk and Luhansk (together known as Donbas) as Ukraine launched counteroffensives in the north and south.

Russian and Ukrainian negotiators held five rounds of peace talks, agreeing to organize humanitarian corridors to evacuate civilians. But the two sides made no major breakthroughs concerning issues of neutrality for Ukraine with security guarantees and the status of Crimea and the Donbas region.

In early April, video footage showing multiple bodies clad in civilian clothing scattered on the streets of Bucha, a town to the northwest of Kyiv, caught international attention. Ukraine was quick to blame the Russian military for the incident. Russia strongly denied responsibility for the deaths and claimed the footage was staged to frame Russian troops. The United Nations sent an independent commission of inquiry to Ukraine to find out the facts and collect evidence.

On April 14, Ukraine sank the Russian Black Sea fleet flagship Moskva, the most powerful warship in the Black Sea region. On April 21, Putin declared victory in the battle for Mariupol, even though Ukraine's resistance continued in the Azovstal steel plant.

On May 17, Ukraine's military declared an end to the Azovstal resistance in Mariupol, a port city and industrial hub on the Sea of Azov. Russia's defense ministry announced it had full control of Mariupol. By the end of May, Russian forces occupied the center of Sievierodonetsk in the Luhansk region. In the south, Ukrainian forces started a counteroffensive towards Kherson, pushing Russian forces east of the Inhulets River. Ukraine's battle with Russia in Sievierodonetsk raged for weeks. Zelenskyy described it as fighting for "literally every meter" in the city. He pushed the West to speed up the delivery of heavy weapons to Ukraine. On June 25, the mayor of Sievierodonetsk said the city was fully under Russian control. Sievierodonetsk and the nearby city of Lysychansk held strategic significance for Russia, as taking them would mean having complete control of the whole Luhansk region.

On June 30, Russian forces withdrew from Snake Island, a sliver of land in the Black Sea off the coast of Odesa.

The EU officially invited Ukraine and Moldova to become candidate countries for EU membership. NATO formally invited Finland and Sweden to become members of the alliance.

On July 3, Russia claimed to have taken the city of Lysychansk, giving it nominal control of the Luhansk region. Beyond the eastern Donbas region, Russian foreign minister Sergey Lavrov said Russia expanded its military goals to include Kherson and Zaporizhzhia in the south.

On July 22, Russia and Ukraine signed a deal allowing the export of grain and other agricultural products through the Black Sea, brokered by the UN and Türkiye.

With missile systems supplied by Western countries, Ukraine destroyed Russian military infrastructure and attacked a Russian air base in Crimea. In late August, Ukraine said it had launched a counteroffensive to retake the southern city of Kherson.

Meanwhile, fears mounted over the Zaporizhzhia nuclear power plant in southern Ukraine, which is Europe's largest nuclear power plant. As Ukraine and Russia accuse each other of shelling close to the plant, a team from the UN nuclear watchdog headed to the plant to inspect its safety. Local authorities gave out iodine tablets and taught residents how to use them in case of a radiation leak.

In a swift counteroffensive since September 6, Ukraine recaptured much of the northeastern Kharkiv region. Kyiv accused retreating Russian forces of targeting the electricity grid, causing massive power cuts in the east.

With the length of the engagement line exceeding 1,000 kilometers, Putin announced a partial mobilization on September 21, allowing the Russian military to conscript up to 300,000 reservists.

On September 30, Putin signed accession treaties with heads of four Russian-occupied regions of Ukraine: the people's republics of Donetsk and Luhansk and the regions of Zaporizhzhia and Kherson. On the same day, Ukraine submitted its application to join NATO.

Workers restore the railway tracks on the Crimean Bridge that links the Crimean Peninsula to Russia a day after it was damaged by a blast, October 9, 2022. /CFP

Workers restore the railway tracks on the Crimean Bridge that links the Crimean Peninsula to Russia a day after it was damaged by a blast, October 9, 2022. /CFP

On October 8, a deadly blast hit the 19-kilometer Crimean Bridge over the Kerch Strait, the only direct link between the transport network of Russia and the Crimean Peninsula. Putin said the explosion on the bridge was an "act of terrorism." Ukraine didn't comment on the claim.

On October 22, Russia unleashed a barrage of missiles on several cities, including Kyiv. Putin said Russian strikes on Ukrainian infrastructure on October 28 were in part a response to drone attacks on the Black Sea fleet.

On November 9, Russian Minister of Defense Sergei Shoigu ordered Russian troops to withdraw from the city of Kherson. Ukraine took control of Kherson after Russia transferred all its armed forces to the eastern bank of the Dnieper River on November 11.

Russian missile strikes damaged almost half of Ukraine's energy system, the Ukrainian government said on November 18. The authorities in Kyiv said the city may face a "complete shutdown" of the power grid during winter. Ukraine struggled to repair its power and water services after Russia targeted the electricity grid with dozens of cruise missiles on November 23.

December: "Meat grinder" in Bakhmut and Zelenskyy travels to the U.S.

On December 16, the EU passed its ninth package of sanctions against Russia, according to the European Council. Along with previous sanctions from the West, Russia came under pressure of trade controls and restrictions on goods and technologies, especially those could be used in the aviation, maritime and defense sectors.

On December 20, Zelenskyy visited Bakhmut in Donetsk to meet military representatives and hand out awards to soldiers. With shelling started in May, the battle for the eastern city has left it in ruins, which commanders on both sides described as a "meat grinder."

Zelenskyy arrived in Washington on December 21 for his first known overseas trip since the conflict began in February. As part of an additional $1.8 billion assistance package, U.S. President Joe Biden announced that the U.S. would send Ukraine a Patriot missile defense system, the Pentagon's most advanced air defense system.

On December 27, Putin banned the export of Russian oil to countries imposing a price cap earlier in the month.

With input from agencies