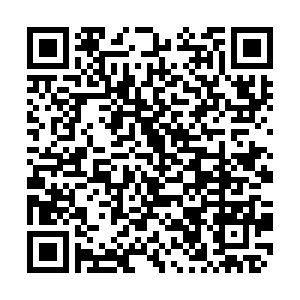 Experts across the world said the New Year Address by Chinese President Xi Jinping has showed China's responsibility as a major country that promotes world peace and development and China's wisdom.

"His (President Xi's) speech was a very detailed one. And he has mentioned the Chinese achievements in the past few years. China has emerged as a global power, and China has developed into a state that China is not only considering its own people, but the target is humankind all over the world. So, China is contributing toward the global economy, toward global peace, and toward global prosperity," Zamir Awan, former deputy director at Chinese Studies Center of Pakistan's National University of Sciences and Technology, told CMG.

Some speak highly of China's economy, and how it's closely linked with the rest of the world.

"Just like what President Xi Jinping mentioned in his New Year speech, China has been playing quite a greater role in the world economy. China has helped expand the economic volume and brought stronger vitality, which has enabled us to walk out of the severe economic recession. In the coming years, the world will clearly need the Chinese economy to be the engine of development for the global economy," Joaquin Ribera, secretary of International Relations of the Justicialista Party in Buenos Aires, said in an interview with CMG.

"In the last 10 years, we have seen about 200 cooperation documents signed between China and foreign countries within the framework of the Belt and Road Initiative. And these Belt and Road agreements not only promote trade, business bilaterally in both directions, but if people do business together, talk to each other, it also indirectly promotes peace on [ensuring to] have regular contacts in a way to minimize conflicts," Philippe Monnier, former executive director of the Economic Development Agency of Switzerland's Greater Geneva Bern area, told CMG.

Others say the exchanges between China and the international community are conducive to world peace and development.

"President Xi Jinping's New Year address is a statement that brings hope not only to the people of China, but to the world as a whole, particularly, to those of us in Africa," said Fredrick Mutesa, secretary general of the Zambia-China Friendship Association.

"The concept of the community with a shared future for mankind has been well received internationally, as it has pushed forward globalization on the basis of respecting different countries' national conditions and cultural differences, and jointly set the cornerstone of China's wisdom and diplomacy along with the Global Development Initiative and the Global Security Initiative. Whenever any conflict arises between countries, they could take advantage of these Chinese wisdom to solve their problems," said Evandro Menezes de Carvalho, director of the Center for China-Brazil Studies at the Getulio Vargas Foundation, an education institution and think tank in Brazil, in an interview with the CMG.

(Cover: A grand national flag-raising ceremony is held as part of the celebrations for the New Year's Day at the Tian'anmen Square in Beijing, capital of China, January 1, 2023. /Xinhua)